This is a good museum, to visit with a heavy heart though. Hanshin earthquake is one of the three major earthquakes occurred in Japan since the 1900s. There was the Great Kantou on 1 September 1923 of magnitude 8.3, then the Great Hanshin in 1995, and the disastruous one on 11 March 2011. Of course, many others in-between, yet these three meant many lives lost.

Though a choking topic, it is an impressive museum very much worth visiting and talking about. The Hanshin earthquake occurred on 17 January 1995, magnitude 7.3 on the Richter scale. About 200,000 houses were affected.

I am visiting it one more time today, by looking at some photos together with you. The museum is located on the Awaji island, 20 km away from the city of Kobe.

Right next to the entrance, that day's news are replayed again and again. 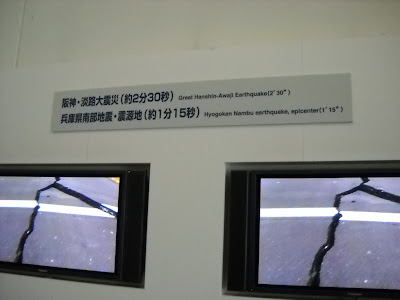 And on the left, there is a car overturned by the sliding road. This is the actual position of the road. 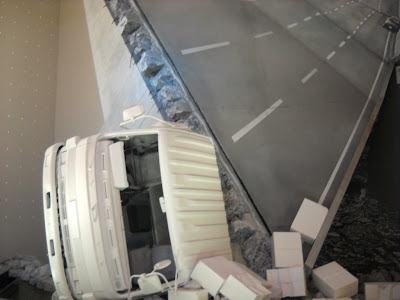 Next to the ticket office, I noticed a small aquarium with water insects. The entrance fee is 700 yen, only 8 euro. 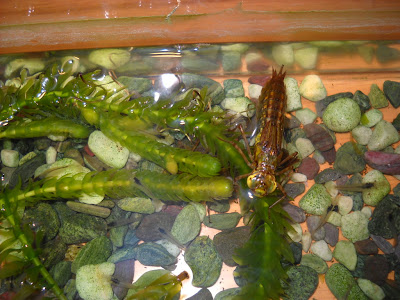 A clock froze at the time when the earthquake occurred, early in the morning at 05:46. It lasted for about 20 seconds. 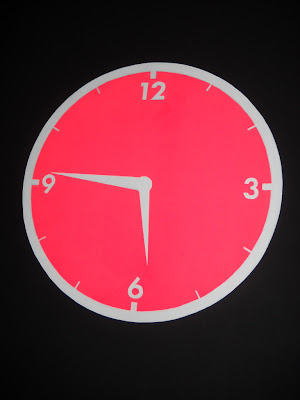 The damage was immense. This is the Nojima fault, inside the museum.

When an earthquake occurs, the earth's crust can break under the stress, and crack. Such a crack is called an earthquake fault. Displacement in the crust sometimes extends to the surface, resulting in an active fault. It is called danso in Japanese. And this is the Nojima Danso - 50 cm of vertical displacement and up to 1.3 m of lateral displacement to the right in the road. 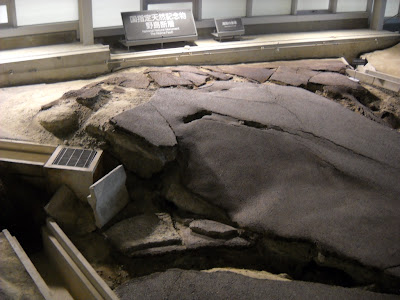 It has been preserved, and it is natural monument. 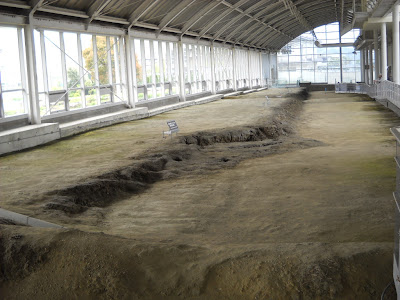 Part of the museum, there is also the Memorial House. The earthquake fault passed through it. 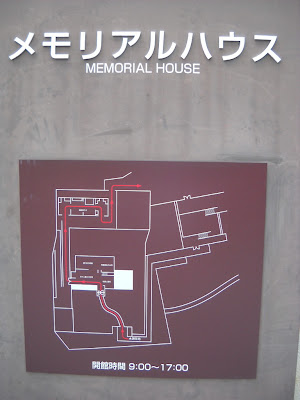 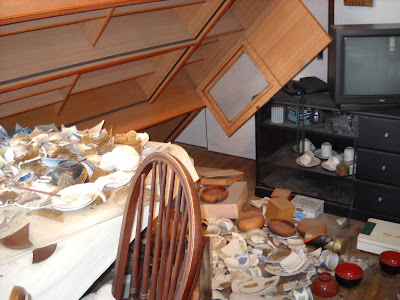 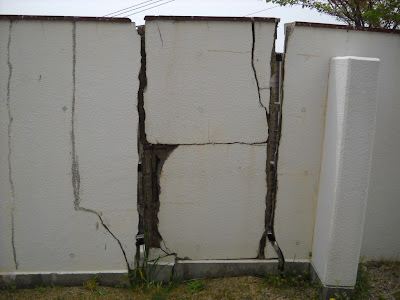 The museum is large enough, and very educational. There is much information in the field, like this presentation of the "Mechanism of Earthquakes." 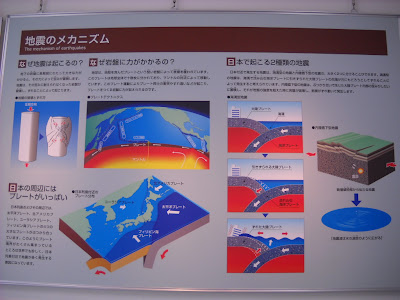 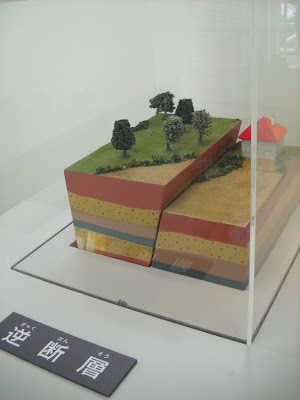 And detailed information about it: 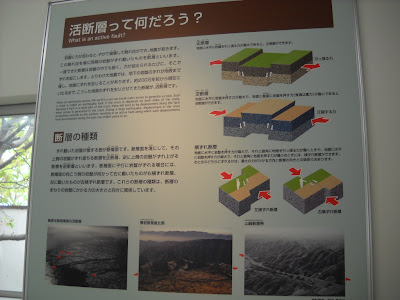 There is a map with many buttons below, mentioning the periods of time in Japan's history. By pressing the button, visitors can see areas of earthquake occurrence in those specific eras. 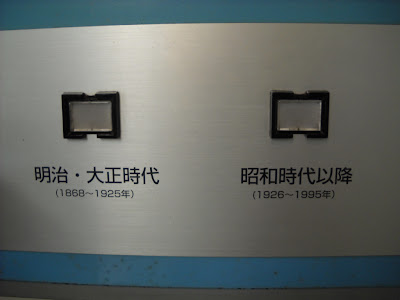 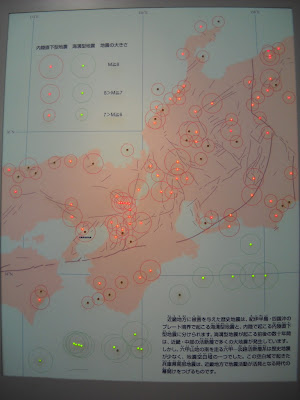 There is even an Earthquake Experience Hall for those who want to experience earthquakes of magnitude 7 and 4, respectively. It lasts one endless minute, and it remains an unforgettable experience. The seats are on a sofa or on chairs, and even the noise during the earthquake is reproduced. 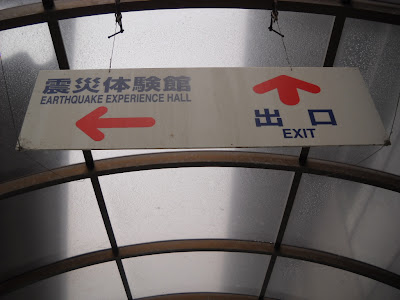 Near the exit, I noticed a tiny pond with some goldfish - a token of nature that always heals, even after some fierce destruction. 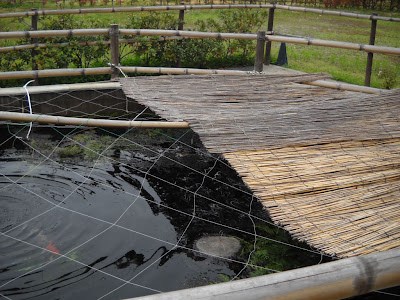