Akashi Kaikyou Bridge - The Longest Suspension Bridge In The World

Awaji is an island between Honshuu, the largest island of Japan, and Shikoku at its south. Awaji Island has been connected to Honshuu by the Akashi-Kaikyou Bridge, the longest suspension bridge in the world, since 1998. Awaji is cut across by the Nojima Fault, which I mentioned in the post "Hanshin Earthquake Museum, Awaji Island" in July. 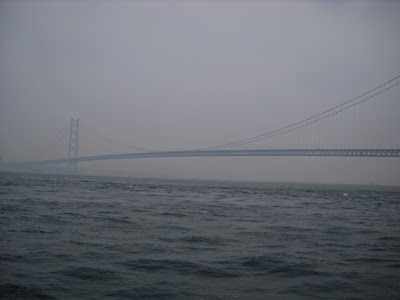 In the photo above, the air is full of kosa, the famous yellow sand invading Japan in spring, till early summer. I read some interesting studies on kosa. It comes from Takla Makan Desert in China, and also Gobi Desert. This sand is carried by the wind to a height of several thousand metres.
﻿ 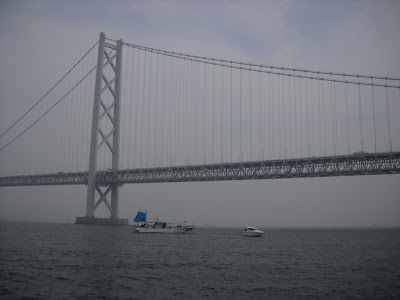 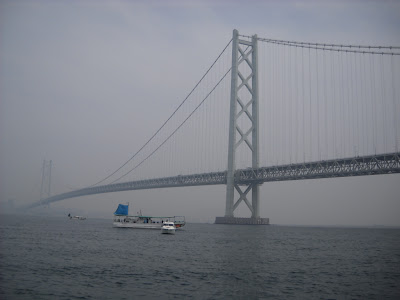 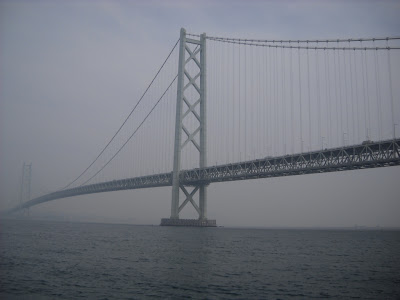 It has six lanes. 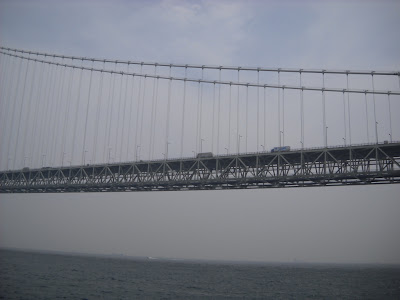 It took ten years to build this beauty. 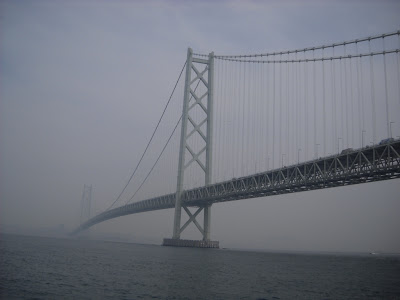 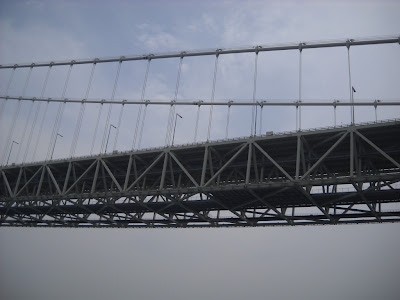 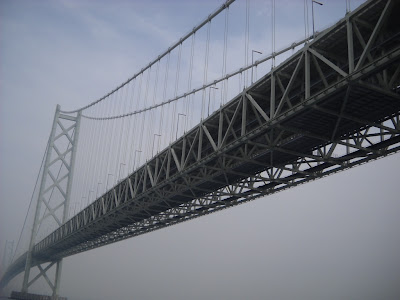 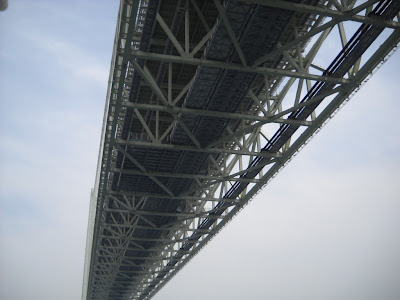 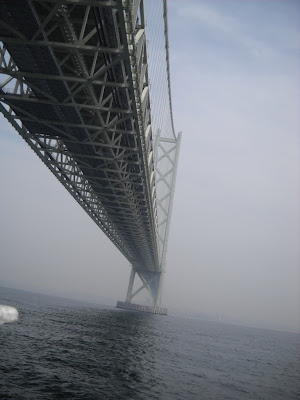 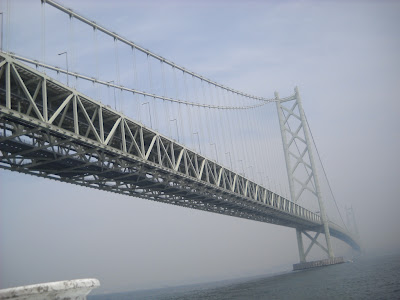 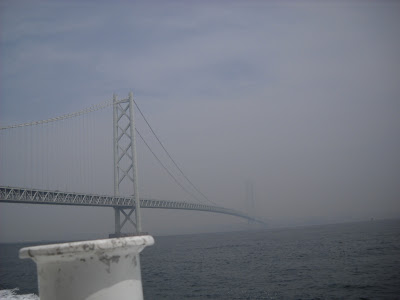 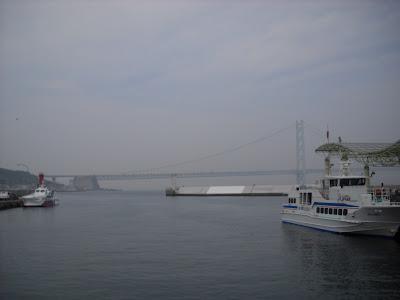 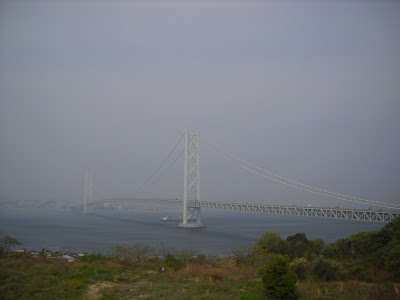 Out of its total length, the longest span is almost 2km long, suspended over the sea. And it is designed to resist wind (286 km/hour) and earthquakes (up to 8.5 on the Richter scale). And the sea currents, it goes without saying. 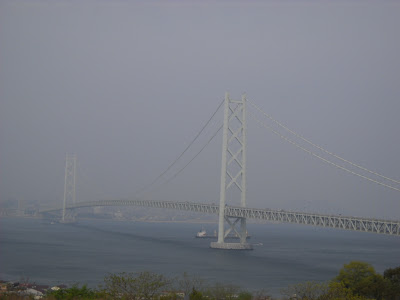 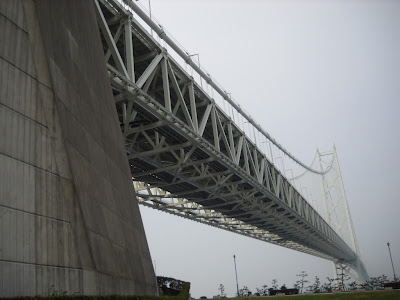 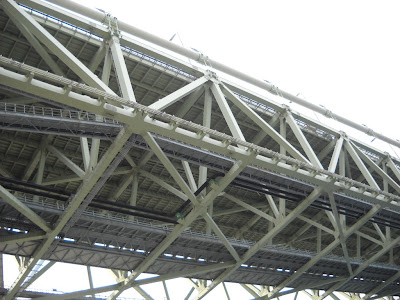 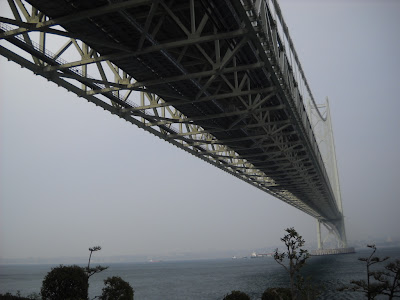 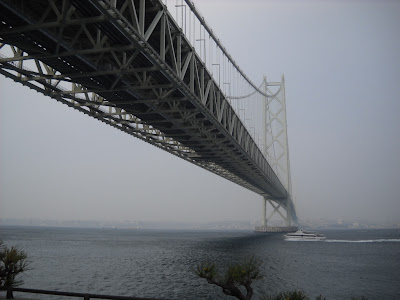 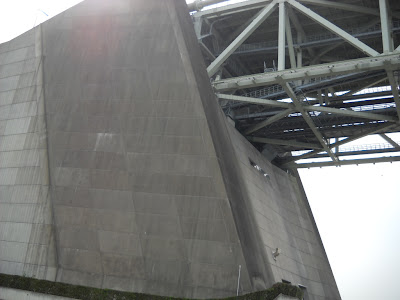 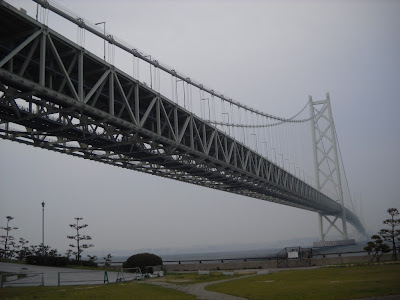