Hyogo Daibutsu - One Of The Three Big Buddhas Of Japan

Together with the big Buddhas or Daibutsu in Nara and Kamakura, the Hyogo Daibutsu is impressive. It is 8 minute walk from Hyogo Station, in Kobe. It stands near Nofukuji, a Buddhist temple of Tendai sect, probably founded in 805 AD. 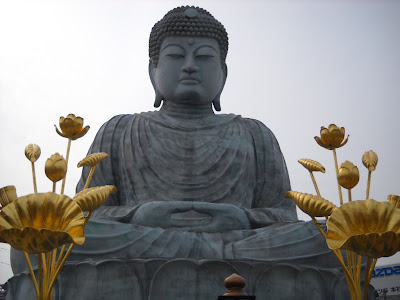 At the gate, a message in Latin saying "Peace to those who enter, health to those who leave." It usually goes like "..., salus exeuntibus" (those going forth), anyway a happy change when it comes to the final meaning. 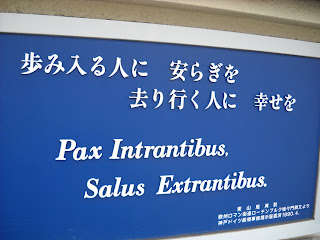 And a small shrine near the gate - Shinto and Buddhism are harmoniously combined in Japan: 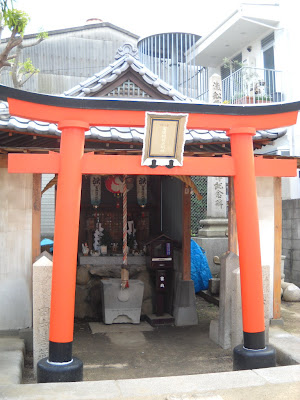 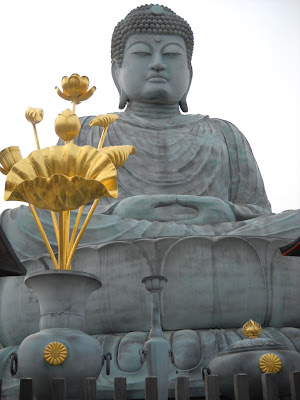 The dimensions of the statue: 11 m high and 60 tons.
大きさ ookisa = size, dimensions 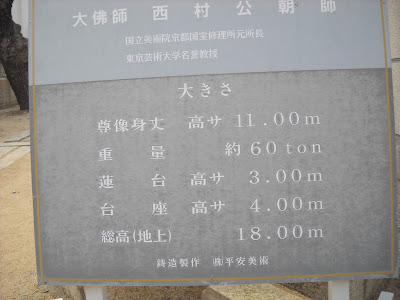 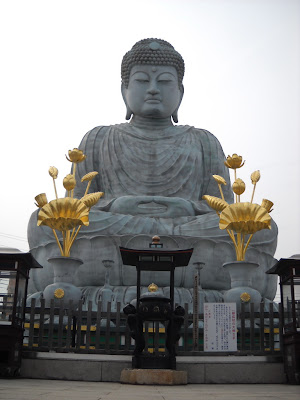 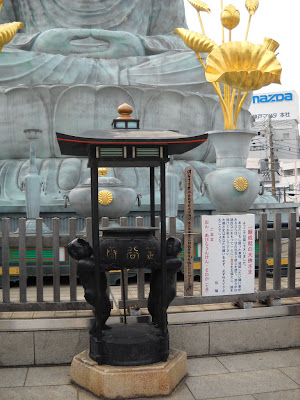 Nofukuji temple just next to the Great Buddha: 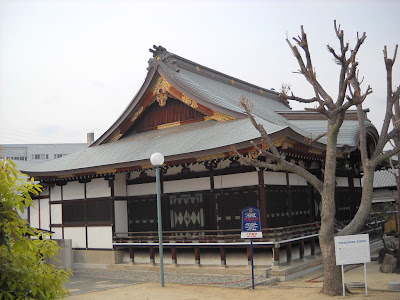 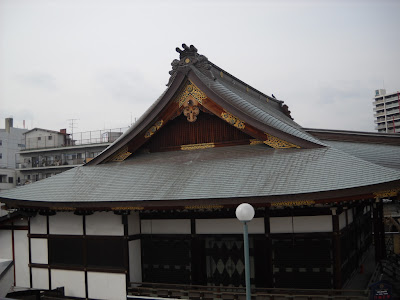 Yes, maybe it is the Avalokiteshvara in Sanskrit, the Buddha of compassion. He sits on the flat disc of the Moon, holding a lotus flower in the left hand and a rosary in the right hand. In Sanskrit, it is also called Padmapani (holder of the lotus). Though the appearance is different, modified in China and then introduced to Japan. 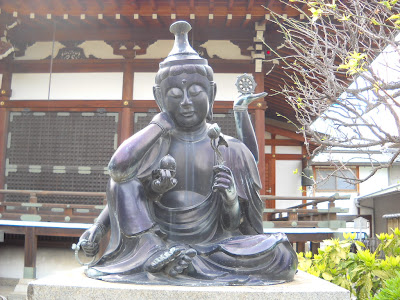 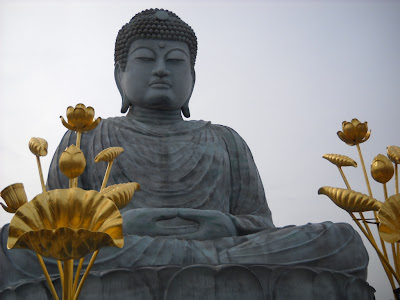 The halo of the sun is involuntary in this photo. 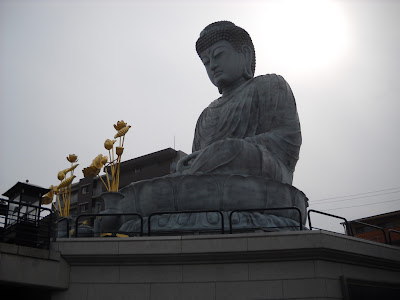 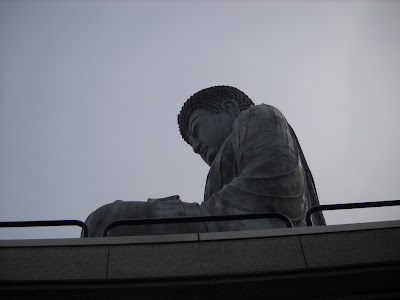 Behind and under the statue - Mahavairocana, a celestial Buddha, and also the name of the first Buddhist tantra written in the 7th century at Nalanda, in India. The Sanskrit text is lost, it survived in Chinese and Tibetan translations. So it is the name of an important Buddhist text. In Japan, it is called the Mahavairocana Sutra, and it is one of the two main texts in the Shingon school. 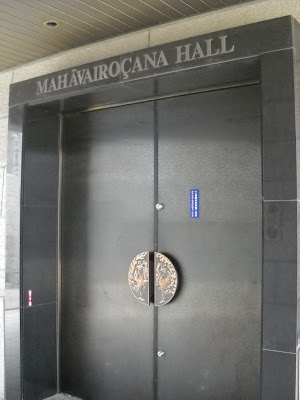 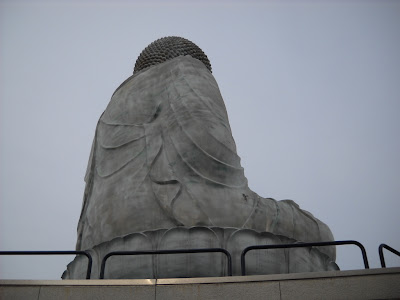 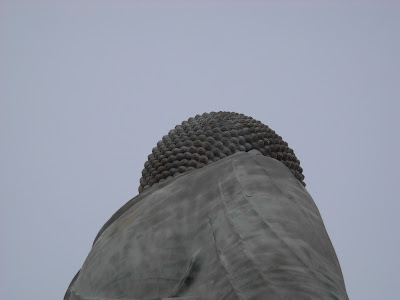 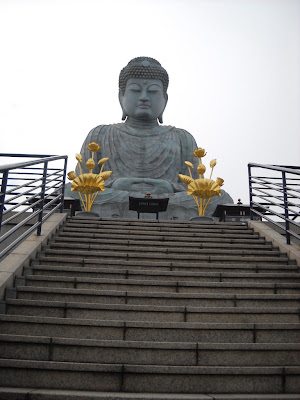 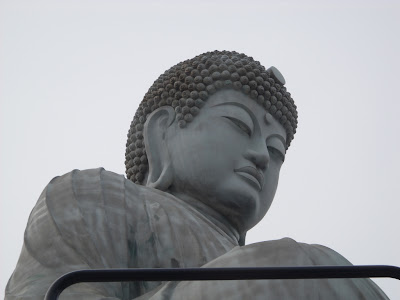 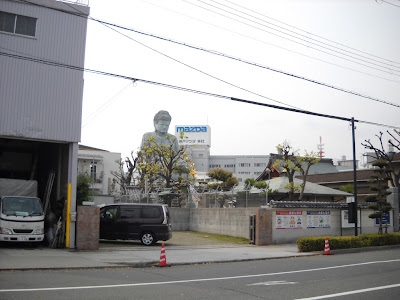