Noh 能 means talent as well, like in 才能 sainou. Having the roots back in ancient times, noh began to flourish in the 14th century. Whereas the other two theatre forms, bunraku and kabuki, were for common people, noh was for the samurai class. It is so distinguished.

It is often performed in Shinto shrines, on a stage made of hinoki wood - the Japanese cypress. A pine tree 松 matsu is painted on the background. Sado Island has a traditional noh theatre and is the place to watch noh. 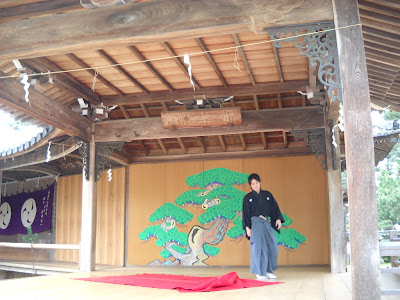 There are few specific elements of noh: the accompaniment of vocal music, the masks of the main characters who are called shite, the slow dance movements. 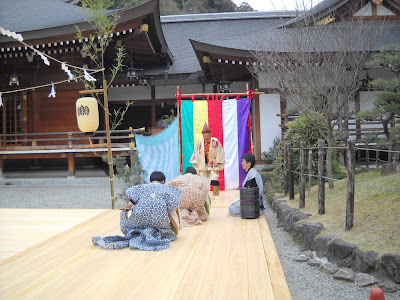 Noh traditionally goes on for one day, with five plays and 狂言 kyougen pieces in-between. Nowadays there are performances of two noh plays only, and one kyougen between them. 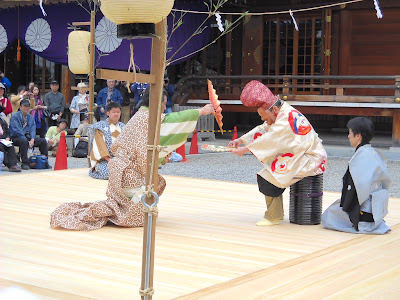 There are 250 plays, grouped into five types according to the subject: God, man, woman, madness and demon. Even the woman part will be played by a man wearing a female mask. 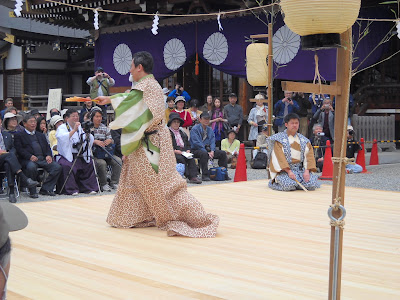 All the noh masks have names. They are carved from hinoki, too. 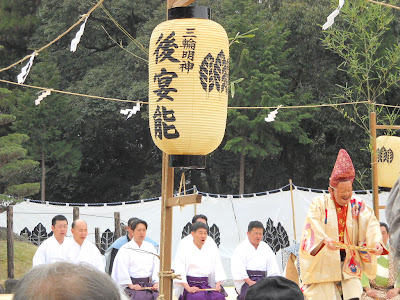 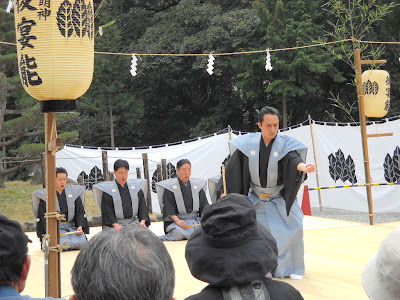 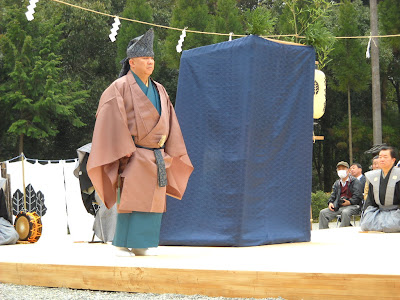 The masks and the monotonic music combine into a unique artistic beauty. 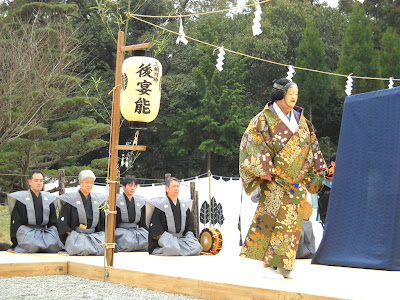 The noh performance is "codified." Though a poor photo below, I hope you can manage to see the complicated position of the feet. 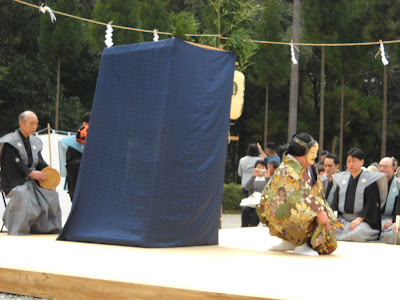 The costumes are elaborated. 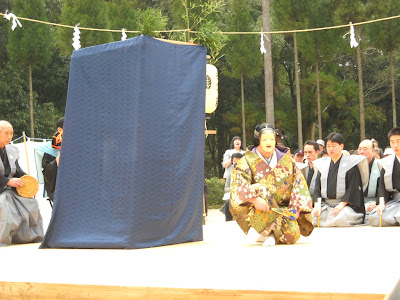 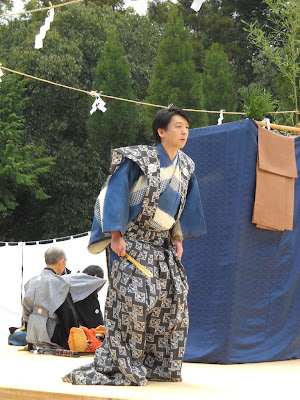 In 2001, UNESCO designated noh as a "masterpiece of the oral and intangible heritage of humanity." The traditions of every country are a treasure to be preserved. 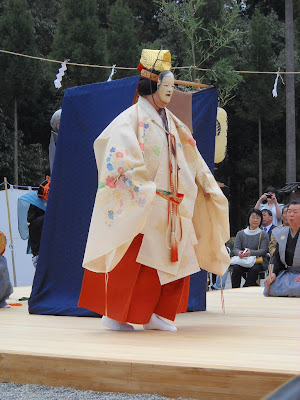 As far as I know, everybody on the stage practises their part independently, and they all rehearse together only once. 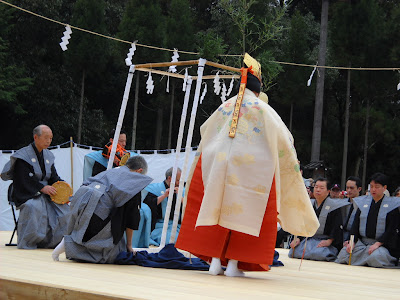 The musicians are called hayashi-kata. You can see below the musical instruments used in noh: the flute, usually called fue and the one used in noh plays is called noukan; the shoulder drum is called kotsuzumi; and the other drum, rested on the leg, is called ookawa. 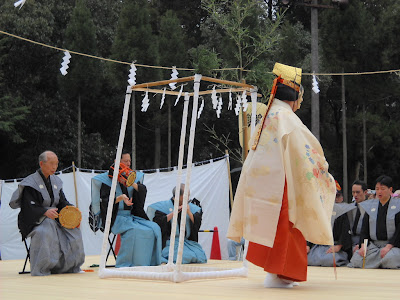 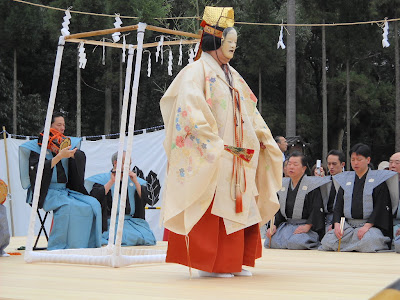 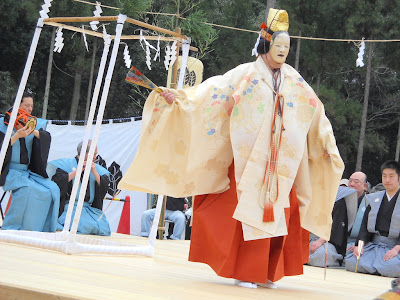 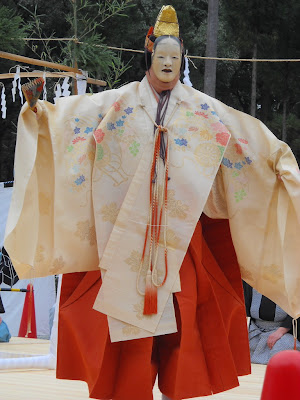 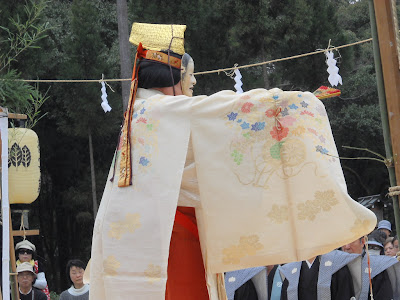 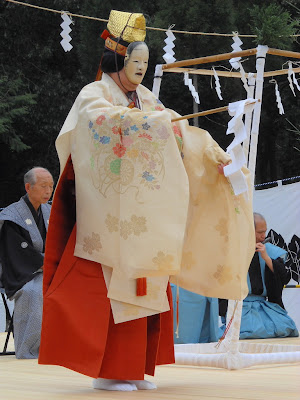 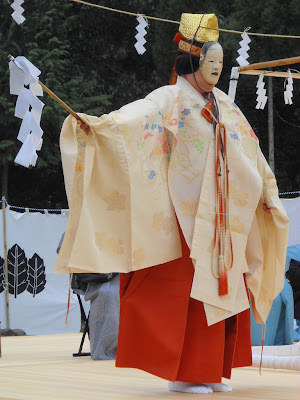 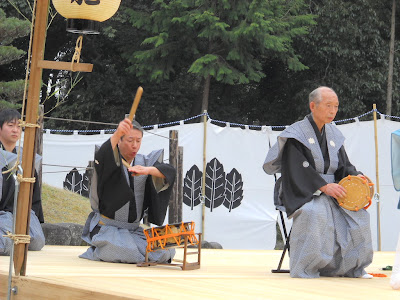 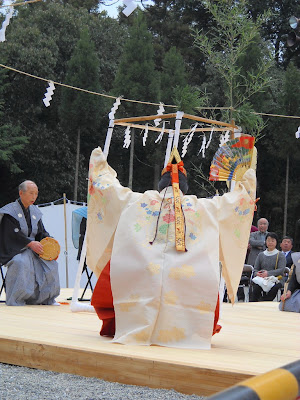 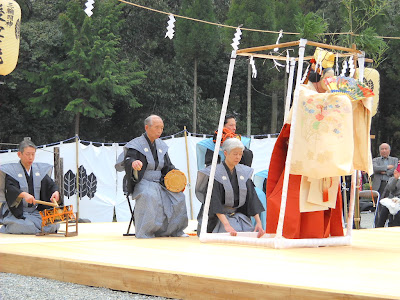