I watched Always 三丁目の夕日, Always san choume no yuuhi, Always Sunset on Third Street.
夕日 yuuhi (evening + day) means sunset.
There are three films having the same title, part 1 from 2005, part 2 from 2007 and part 3 from 2012.
It is a story of one small street in Tokyo and the people living there, and the action spans from after the war and until the Olympics in 1964. It can be the story of any street, so full of human warmth. Beyond the individual life and the family ties, there is always a sense of sharing and living in the community in Japan.
So tonight I will show some photos of streets in Japan, to get a feeling of the daily life.

Streets are simple, squeaking clean, calm and composed. And so are the people, disarmingly nice.
There is even a Japanese proverb saying that the environment makes our character.

The bamboo blinds at the windows are called すだれ sudare. They are sometimes called misu as well, especially when they have some fabric hem. It is regretful that they are less used nowadays, they date long back. Sudare are mentioned in Genji Monogatari, The Tale of Genji. They protect rooms from the sun, without blocking the sunlight. 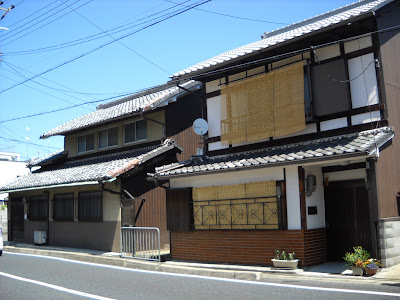 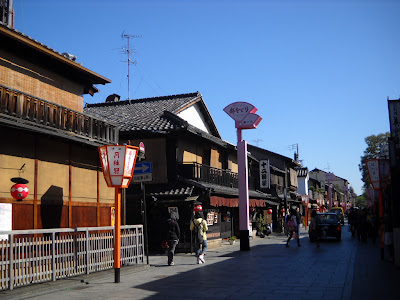 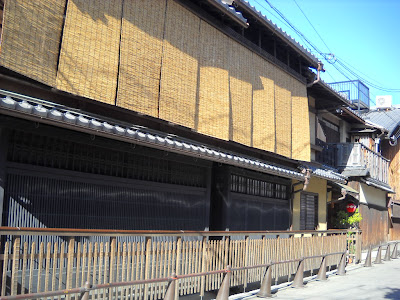 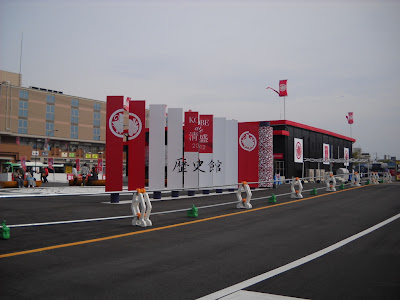 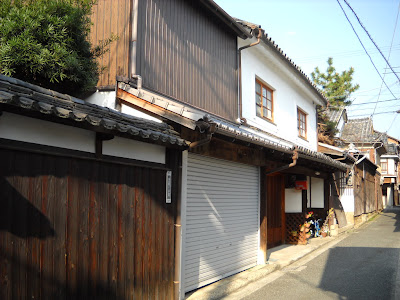 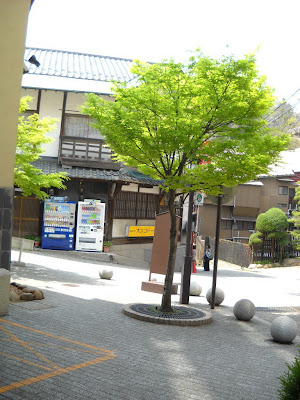 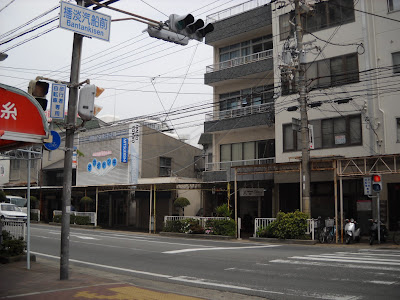 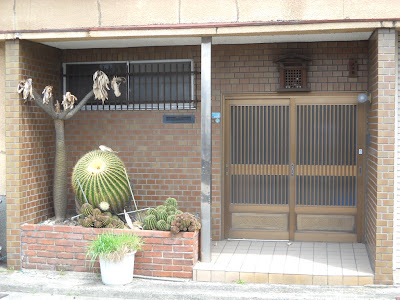 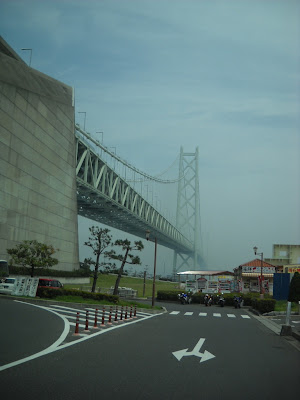 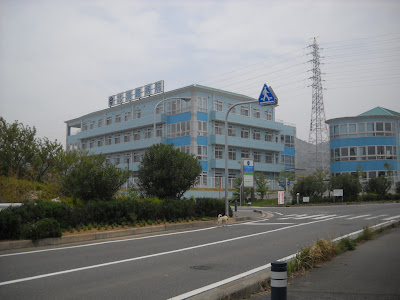 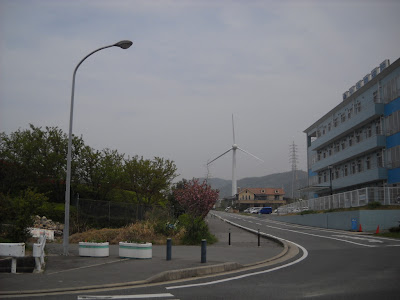 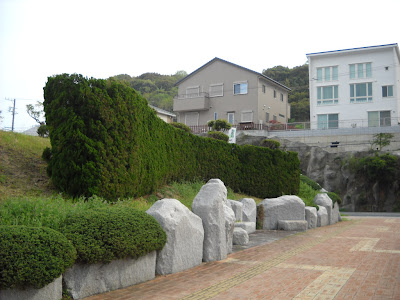 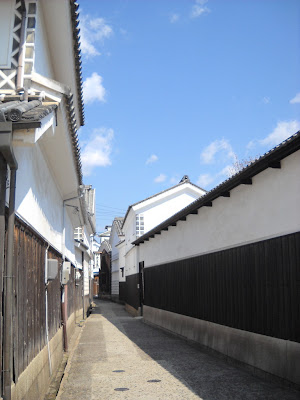 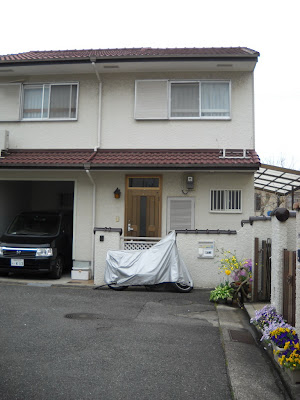 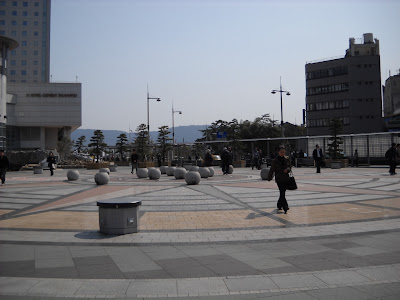 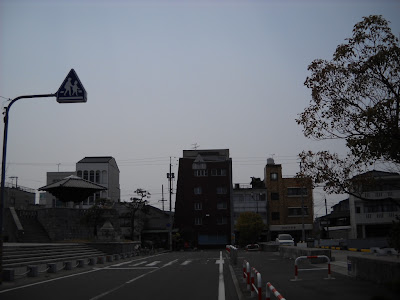 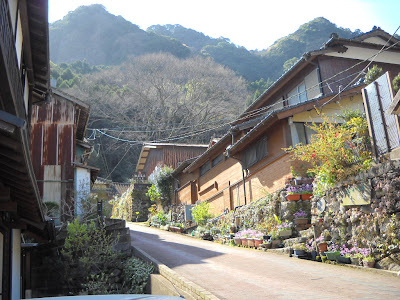 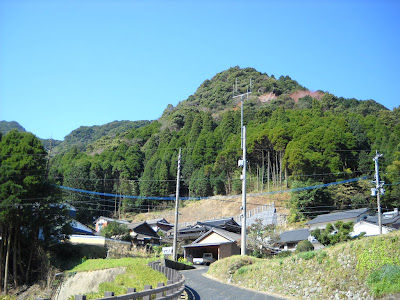 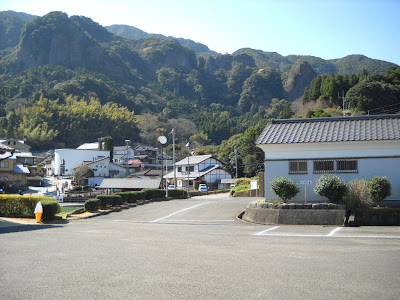 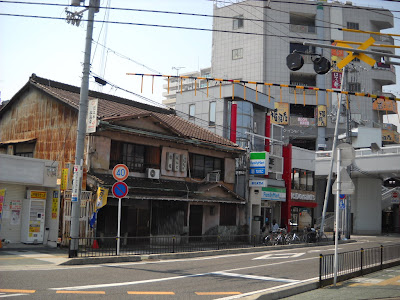 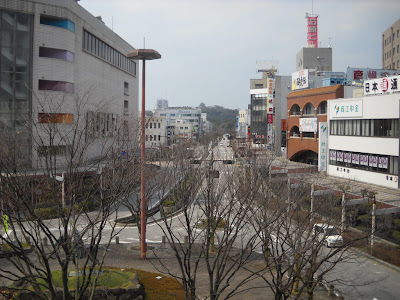 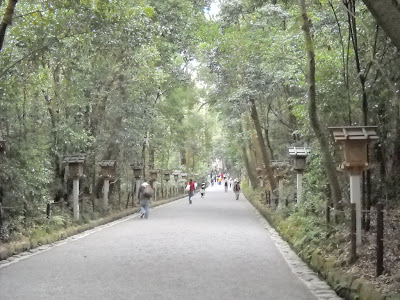 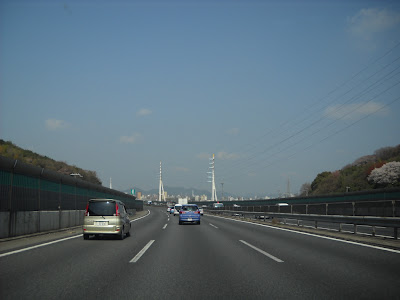 In Takayama, with street decorations for a festival: 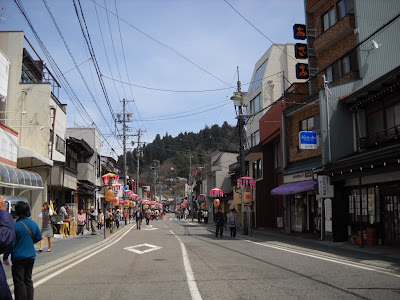 In Arashiyama, Kyoto - and having the nostalgia of sakura: 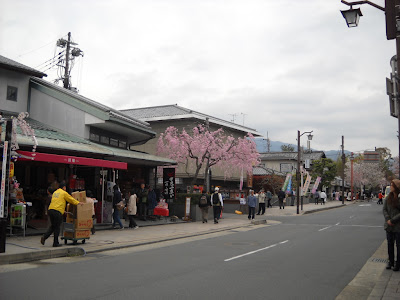