Trains In Japan And Railway Photographers

Trains operate on time in Japan. They are famously punctual. In fact, when the train leaves at 11:03, then it is advisable to avoid the 11:02 and 11:05 trains. There are places marked on the platform where the queues must be formed, and the doors will be exactly there when the train stops. These are truisms.

Something less known is that the Japanese are so fond of trains, and often take photos of them. I have a soft spot for trains myself, the first memory I can recall is a train journey when I was three. Yet I had never taken any train photo until I came to Japan. That also because I would be told: "Look, the train is coming. Let's take a photo." I have seen people in their 70s and 80s having as a hobby the railway photography. It is like a profession, and a passion. They would wait for the right moment to take a perfect train photo. That is remarkable.

I understand this interest now. Japanese trains are also cute, so various, sometimes I think each of them is unique. They come in different colours, too. 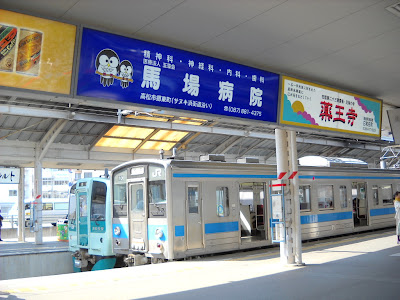 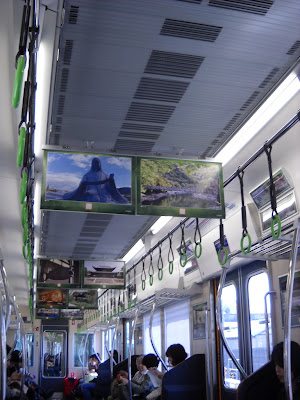 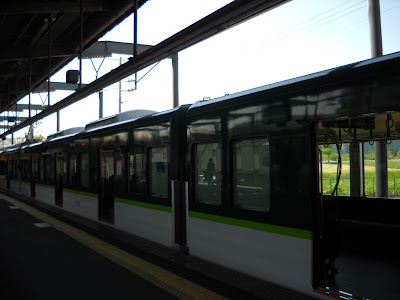 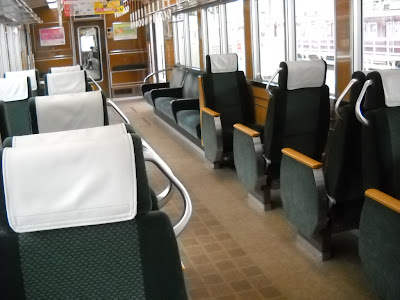 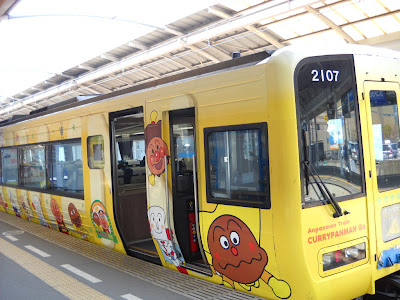 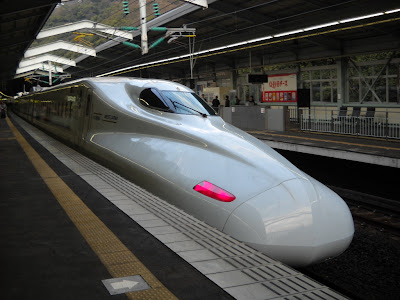 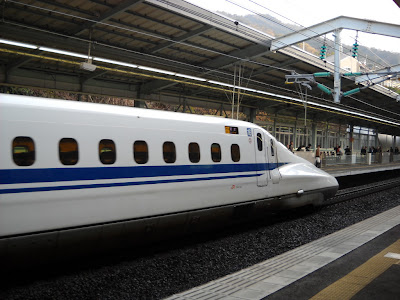 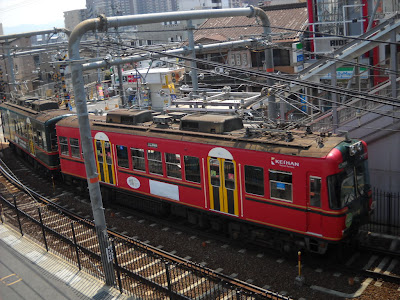 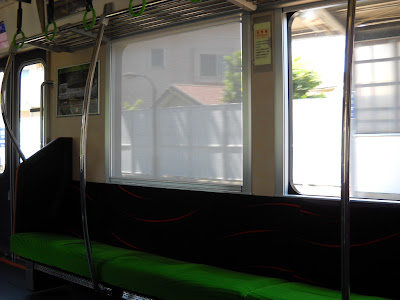 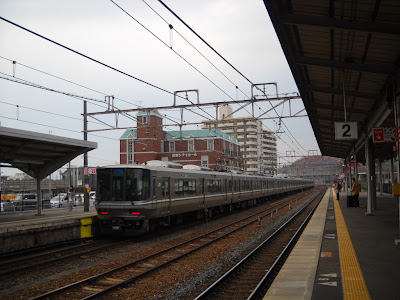 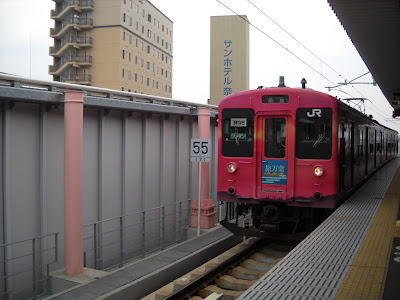 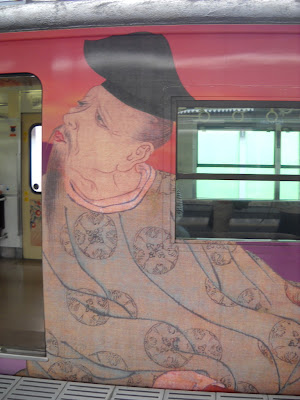 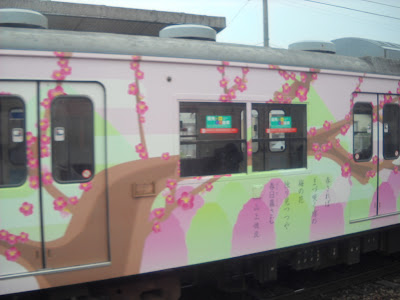 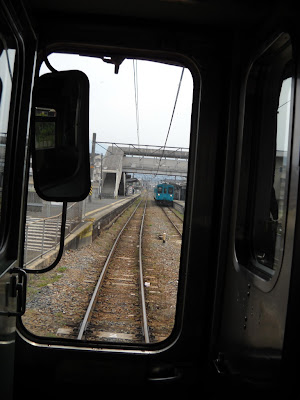 The new lines have such fence, as in the photo below. It is sadly to prevent people from jumping in front of the trains. Japan ranks seven in the world when it comes to suicide rate. Last one in the top is Haiti, with zero cases. Anyway, these are the situations when the trains do have some delay. For me, it is a country where one would like to live for a very long time. So I wonder. 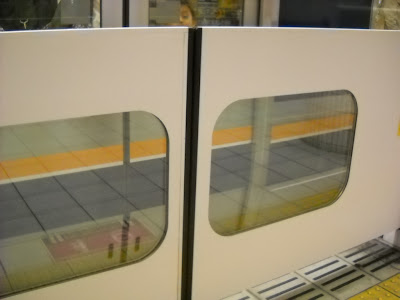 An excellent film about railway is Poppoya 鉄道員 or Tetsudou-in (鉄 tetsu iron, 道 michi road, 員 in employee). This "Railroad Man" was the best Japanese film of 1999.

Densha Otoko 電車男 "Train Man" is also famous, film and also drama based on the same story, both 2005.
Posted by Nadia at 3:51 PM