Onigiri おにぎり are rice balls, usually made into triangles. Sometimes they are called omusubi as well. One of my favourite films is Kamome Diner/Kamome Shokudou. Kamome 鴎 means seagull, and the right part of the kanji is "bird." They say in this film that onigiri is the soul food of the Japanese people. It can have various fillings, like salmon, umeboshi - pickled plum, furikake ふりかけ - a special powder containing different ingredients. It can be with or without nori wrapping. Nori is a seaweed sold in the shape of a sheet of paper. Of course, it is made with the Japanese sticky rice, uruchimai うるち米. Otherwise, sushi rice or Italian rice can be used abroad.

This is my today's result: 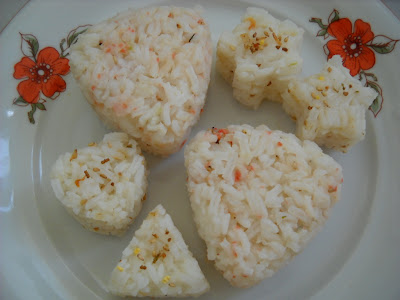 A friend showing me jokingly how to unwrap in three steps an onigiri bought at the supermarket - step 1: 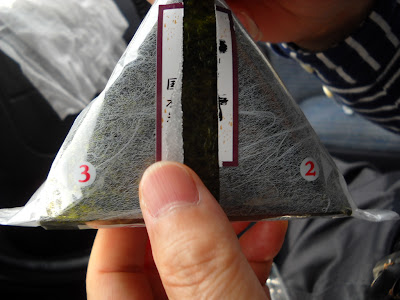 You can see the optional green sheet of nori seaweed, which actually prevents the rice from falling apart: 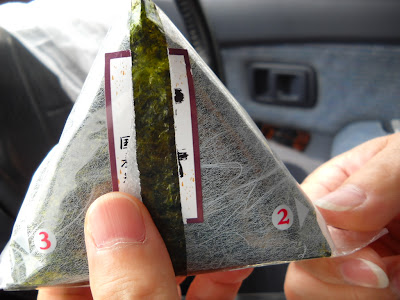 Onigiri made by a friend and eaten up in the mountain, in Nikko - it was delicious. In the right corner, there is one umeboshi - pickled plum. This small and thin fish is called shishamo. I like it very much. I ate it for the first time in Hokkaido. Do you remember, Masako-san? The name comes from the Ainu language, the natives of Hokkaido island - susu is willow, and ham is leaf. It is called "willow leaf fish." How interesting! Shishamo is written 柳葉魚, where 柳 yanagi = willow, 葉 ha = leaf, 魚 sakana = fish. Fish is sometimes cooked with its head in Japan. 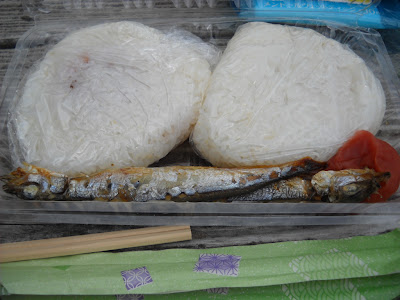 I used this furikake powder today, the salmon one - though there are four types on the cover: katsuo bonito, tamago egg, yasai vegetables, sake salmon. 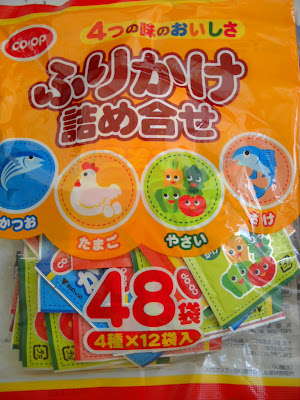 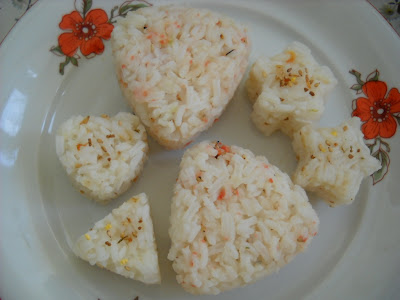 There are so many types of furikake. Gohan ni mazete on the cover = mix in the boiled rice. 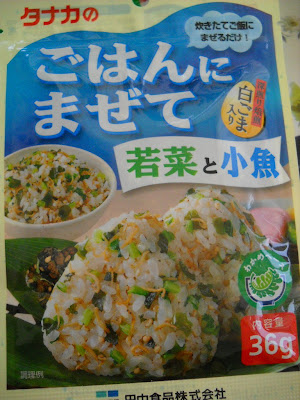 Furikake is easy to use: add it to the boiled rice, mix well and form triangular-shaped balls manually. 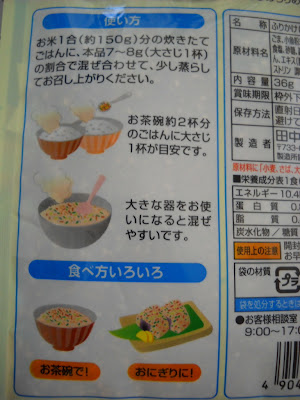 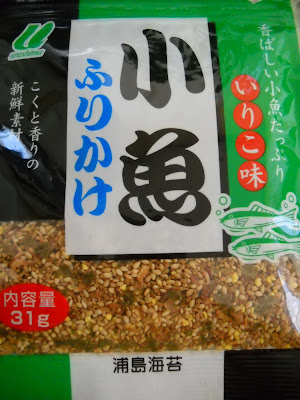 As you probably know, Japanese shops exhibit a large variety of kitchen toys that make cooking so much more fun and easy. Such tools exist for onigiri as well. 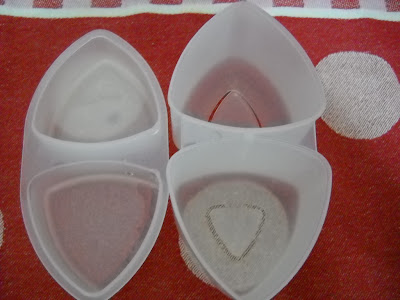 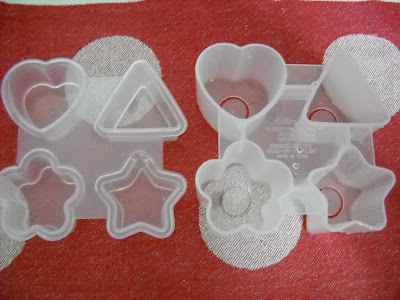 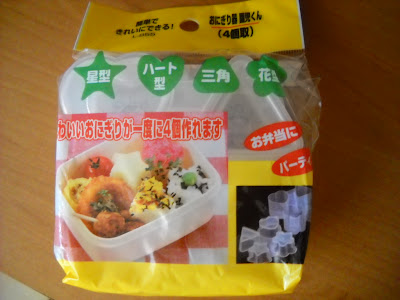 わかめ wakame written in yellow on green on the right side is another kind of seaweed. 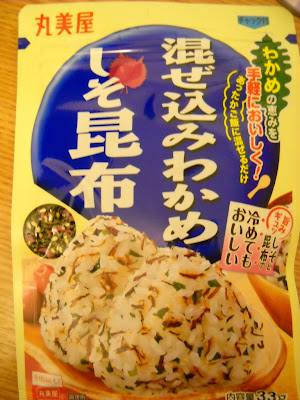 I can see on the back that furikake can be powdered into the egg for omelette as well. In Japan, the fried eggs 卵焼き tamago-yaki are cooked in this rolled shape. 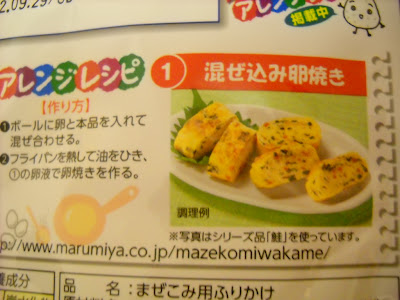 And an old and well-known story of Japan: Omusubi kororin. Omusubi is another name for the rice balls. There was an elderly couple living in the mountains. One day, the husband went out to fetch firewood. The wife had packed rice balls for his lunch. And while he was eating, one rice ball fell on the ground and koro-koro rolled down the mountain, into a hole. There was a land of mice underground. Because the man gave them the rice rolls, the mice presented him two boxes and told him to take one home as a present. The man said that he can carry only the small box home. When he reached home and opened the box, it was filled with gold coins. The neighbour, finding out about this event, decided to go in the mountains and get the big box. He found the hole and roled down a rice ball. Then went down himself. Because he wanted to take both the big box and the small box with him, he thought of scarying the mice away with a "meow" and at that, the ceiling started to cave in. He greedy man could hardly save his life.
By the way, in Japanese the cats go ニャーニャー nyaa nyaa.
Posted by Nadia at 12:05 PM