Tenryu-ji is inscribed on the World Heritage List as a Historic Monument of Ancient Kyoto in 1994. It is a place of exceptional cultural value. It was built in 1255 as a detached palace with a view of Mt. Arashiyama. And it was converted into a Zen temple in 1339, being one of the so-called "Five Mountains of Kyoto." Tenryu-ji has a typical Zen temple layout: Sanmon gate, Buddha Hall, Hatto - lecture hall, Hojo - abbot's quarters, all arranged in a straight line. The temple has a garden as well, with natural contours representing mountains. Though the temple was burnt down and rebuilt, the garden remained almost the same - an impressive view of the 14th century. Zen gardens are sophisticated, with rocks representing waterfalls, and other rocks imitating islands. It influenced the karesansui style of rock gardens - "dry landscapes" - developed during the Muromachi period and afterwards. 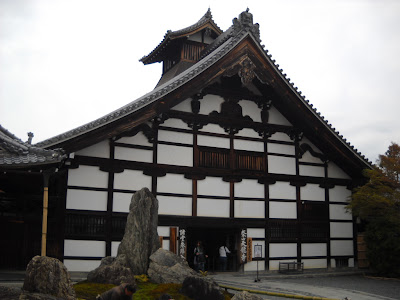 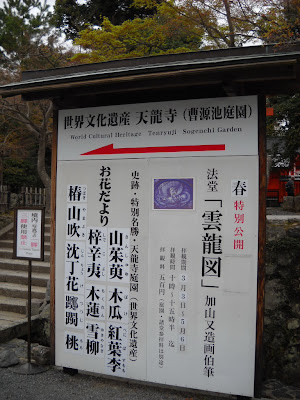 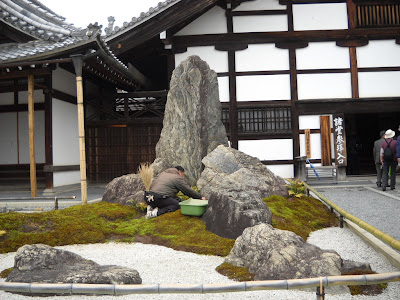 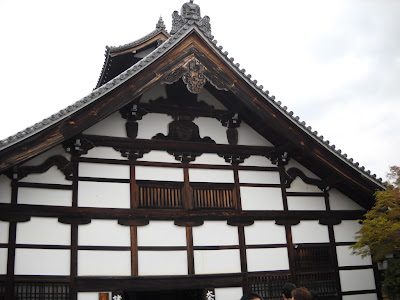 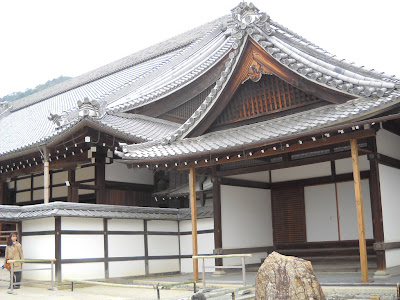 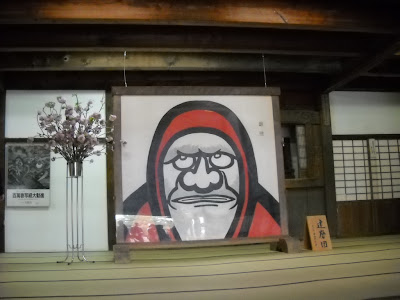 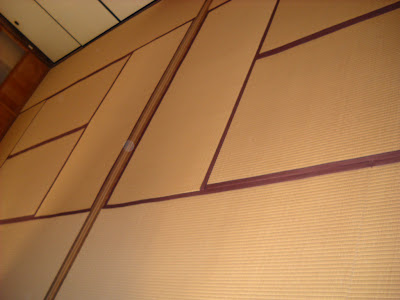 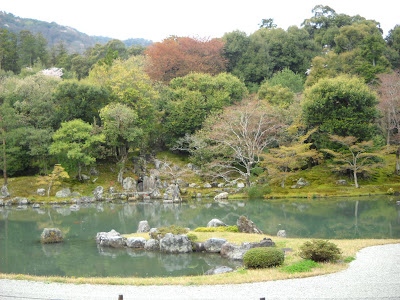 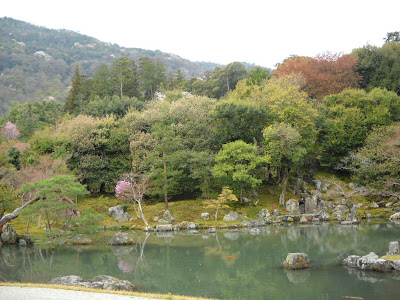 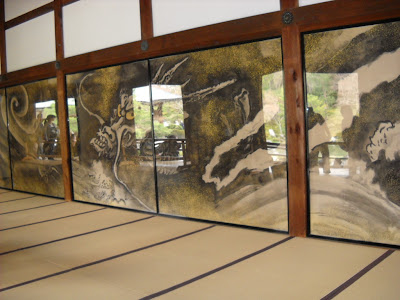 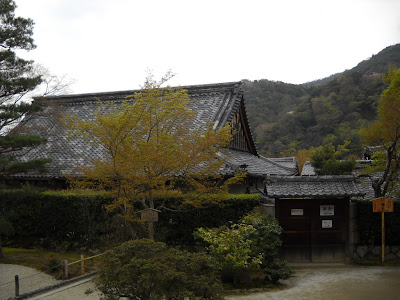 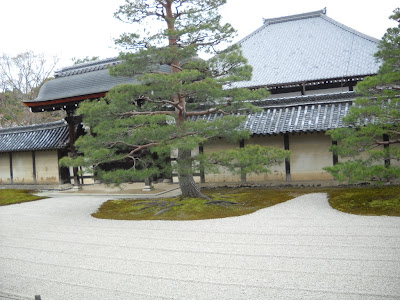 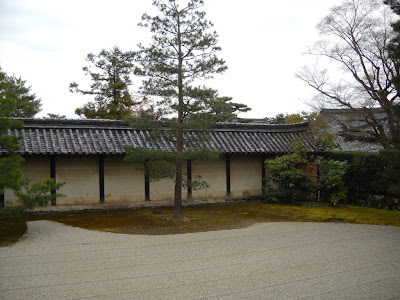 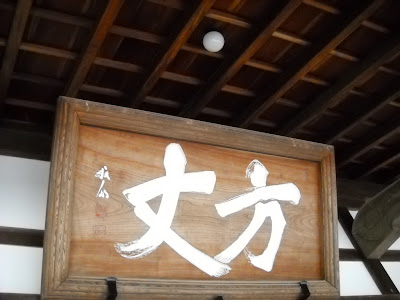 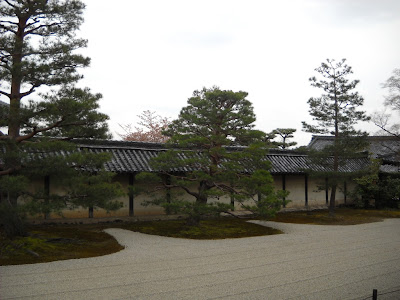 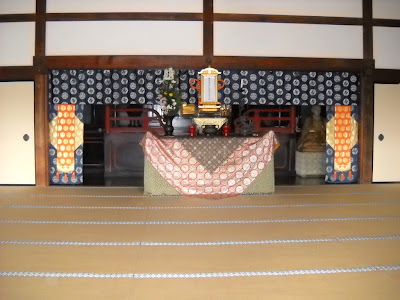 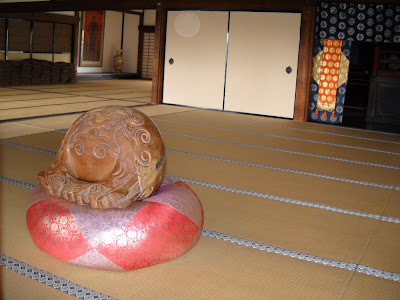 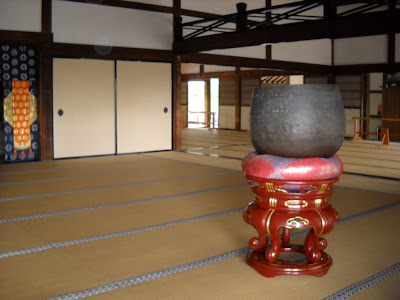 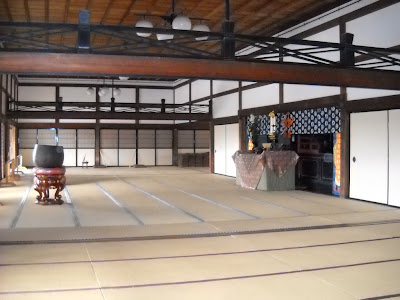 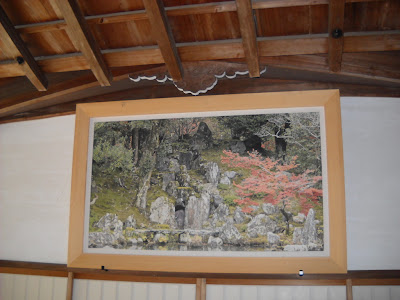 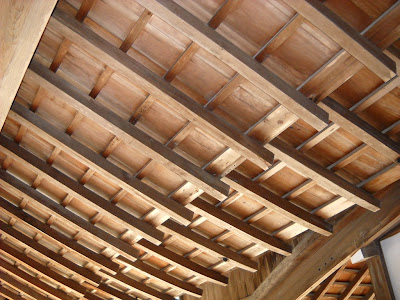 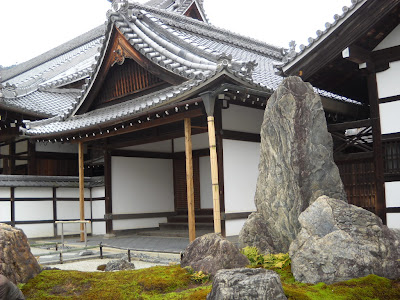 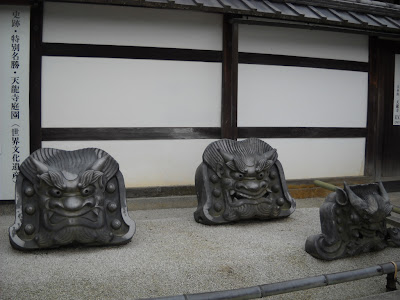 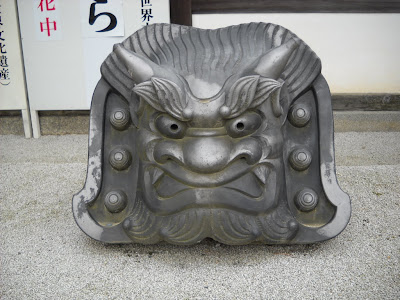 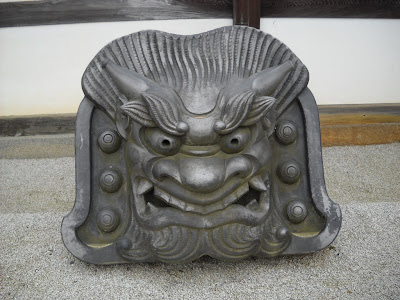 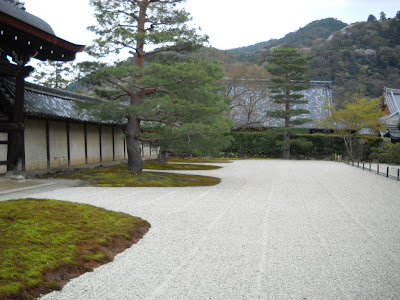 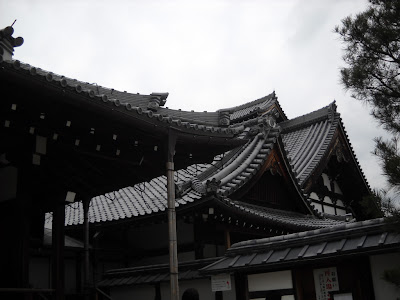 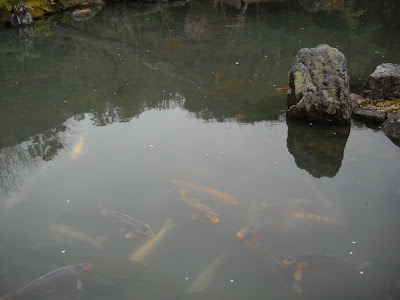 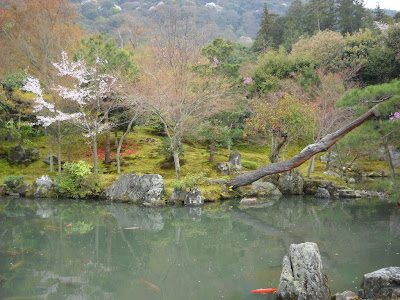 I mentioned Arashiyama in a post on 4 August as well.
﻿
Posted by Nadia at 4:01 PM