Bunraku 文楽 is the Japanese traditional puppet theatre. It is also called ningyou joururi. Joururi is a ballad drama. Bunraku was founded in Osaka, and it actually came here from Awaji Island. The plays are staged in Osaka first for about three weeks, then they move to Tokyo. In a bunraku show, there are the people who handle the puppets, then the tayu (chanters), and an orchestra - shamisen, flute, taiko drum can be also there. The singers and the shamisen players provide the background music for bunraku. The tayu performs the voices of the puppets, as well as the narrator's. The costumes of the puppets are impressive. The puppets are handled without strings and are big, about one-half life size. The main puppeteer, called omozukai, handles the head and the right hand, and other two persons, "invisible" and covered in black robes and hoods, move the left hand and the legs of the puppet.

Noh theatre, which I presented on 13 August, used to be studied only by the aristocracy. Thus, bunraku became the common man's form of theatre.

It is forbidden to take photos during the show, so I will show you photos taken inside the theatre, and the bunraku museum inside the National Bunraku Theatre of Osaka. Shows are in Japanese, of course. However, there are available brochures with detailed explanations of the play in English. And the show is "subtitled" - in Japanese. It is useful for those who manage reading the Japanese script even partially. Watching bunraku at least once is a nice experience in Japan. 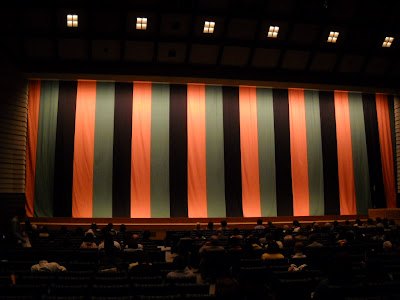 The tayu and orchestra will perform from the little stage located on the right side. 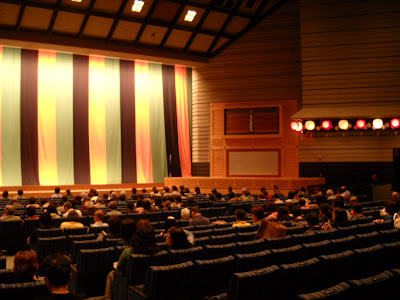 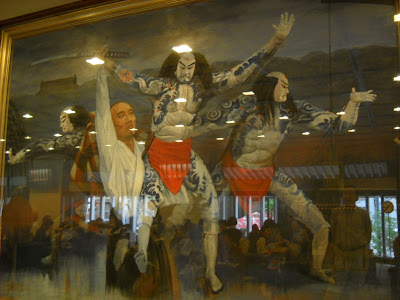 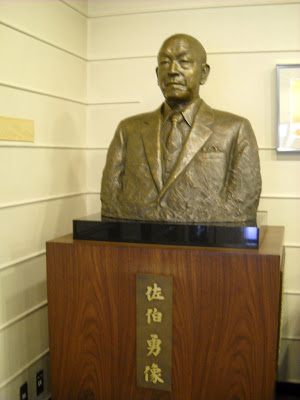 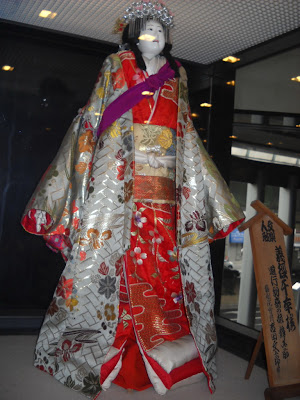 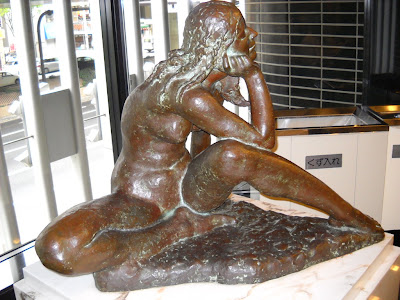 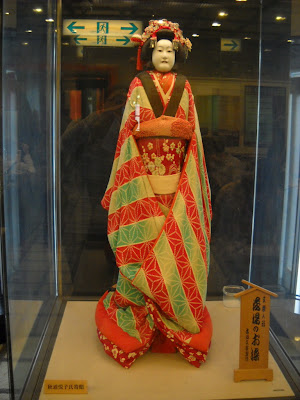 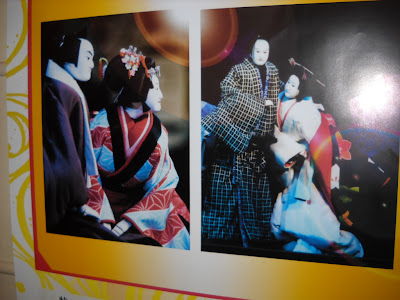 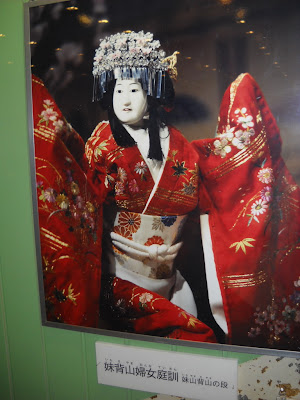 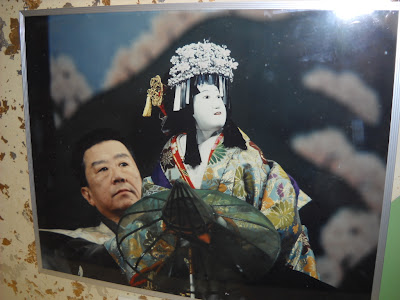 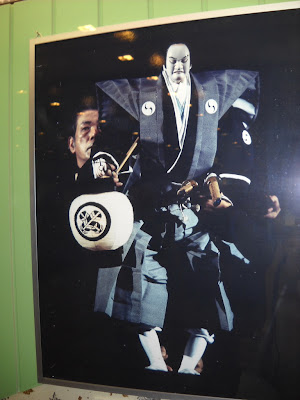 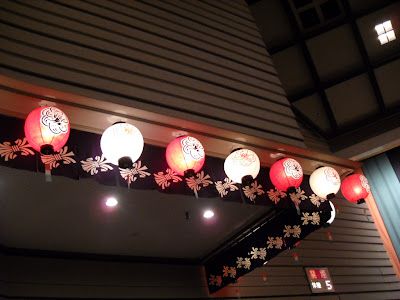 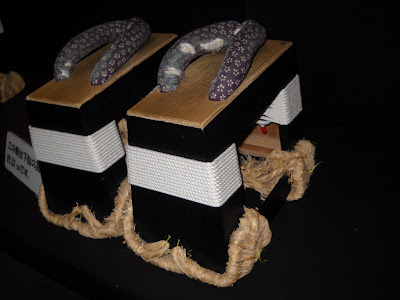 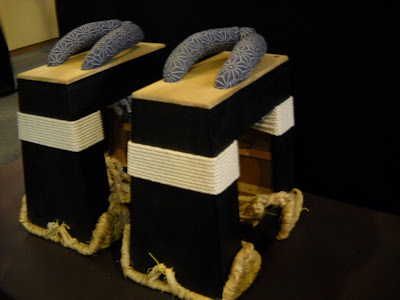 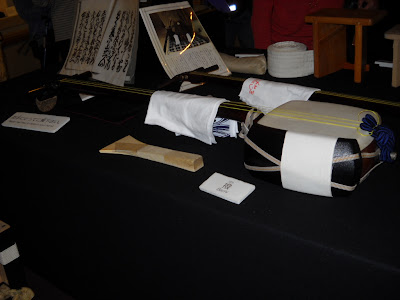 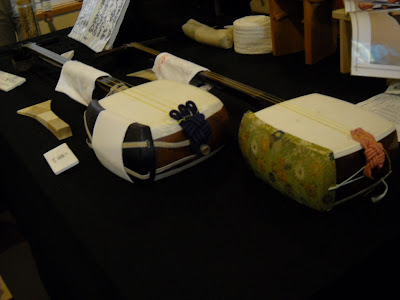 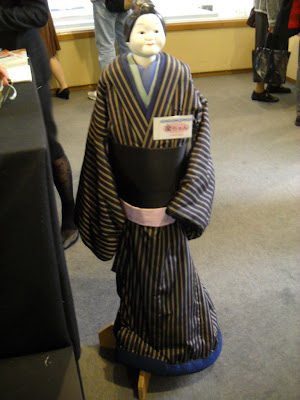 This is yuka hon, the chanter's script for bunraku: 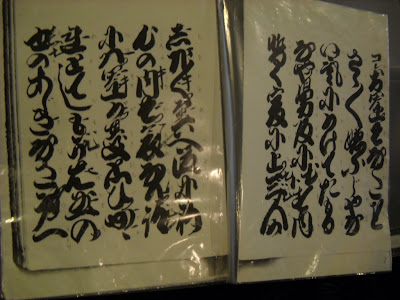 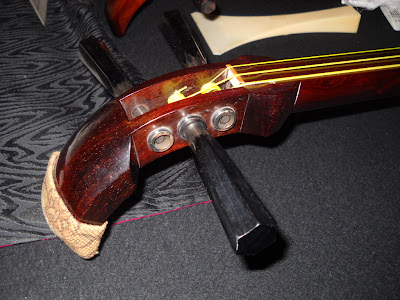 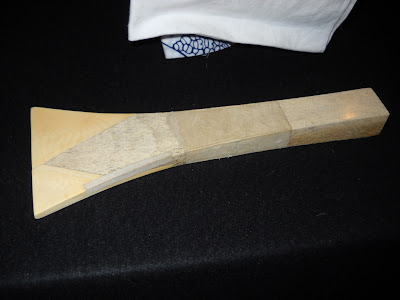 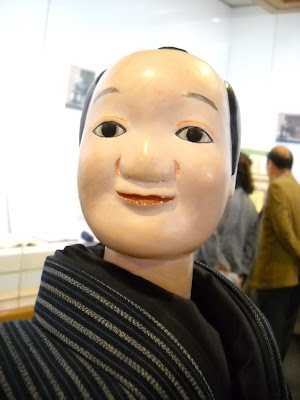 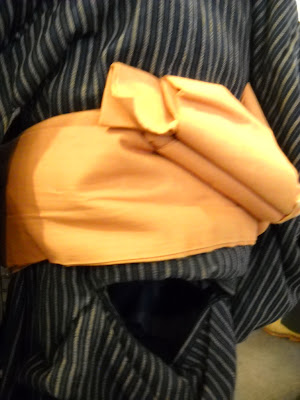 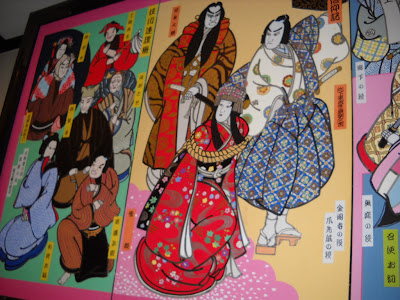 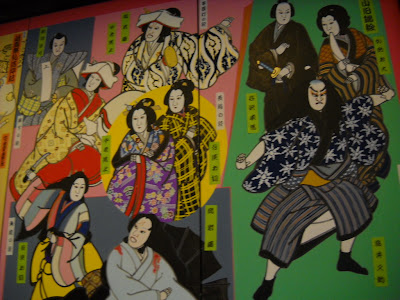 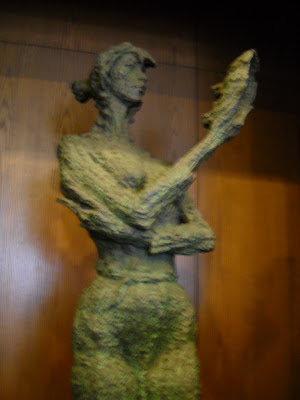 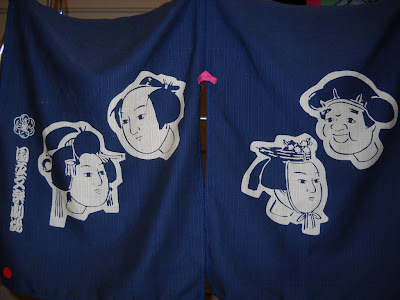 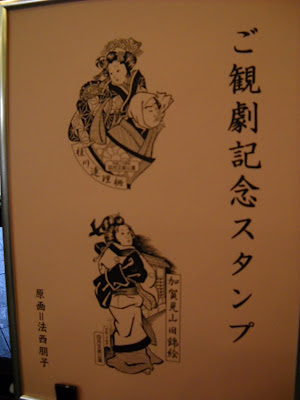 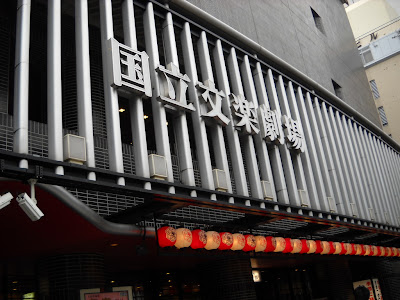 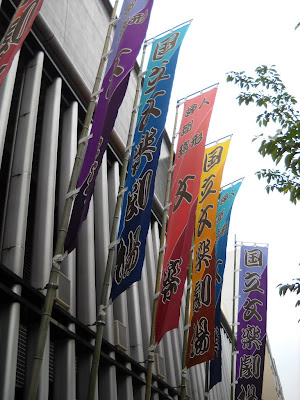 The train station, 50 m from the theatre: 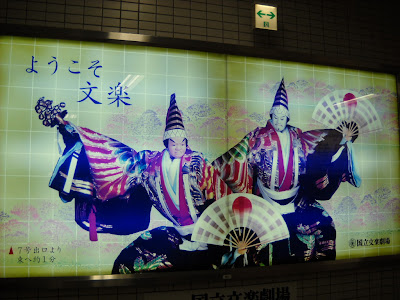 Bunraku is completely unrelated to the American film shot in 2010 and having the same title. (o_O)
Posted by Nadia at 4:08 PM