Sensou-ji or Asakusa Kannon Temple is one of the most colourful and popular temples in Tokyo. It is considered to be the oldest temple in Tokyo. According to a legend, two fishermen found a statue of Kannon, the goddess of mercy, in the Sumida River. And the temple was built nearby that place.
Kaminarimon, Thunder Gate, stands at the entrance of the road leading to Senso-ji. It is the most famous landmark of Asakusa. Inside the gate, on both sides, there are enormous wooden statues of the protective Buddhist deities Fujin, Wind God, and Raijin, Thunder God. The gate was first built in 942, and burnt down several times over the centuries. The current one was built in 1960, and donated by a Japanese entrepreneur, Konosuke Matshushita. 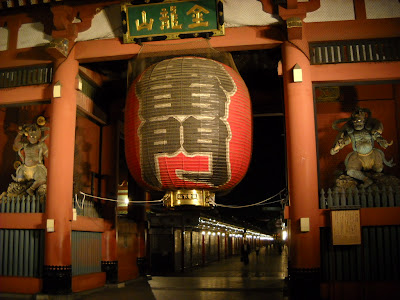 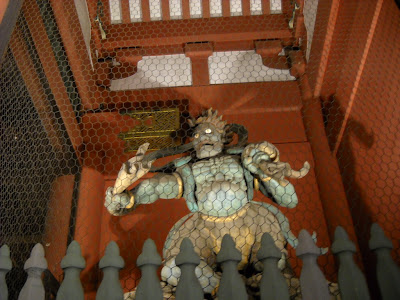 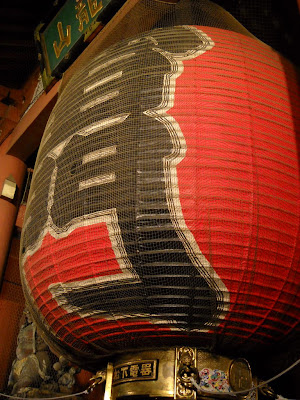 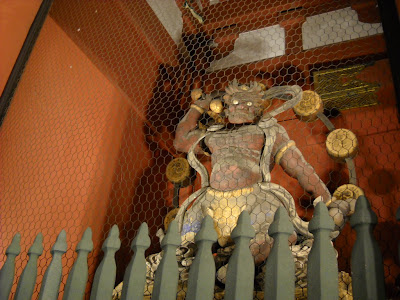 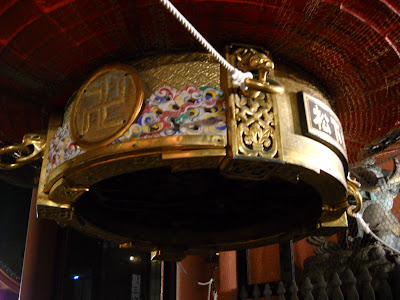 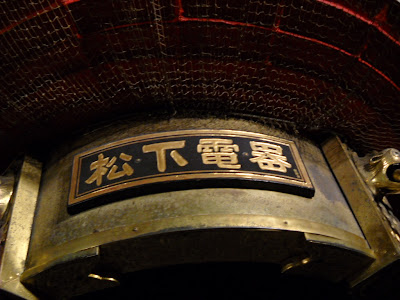 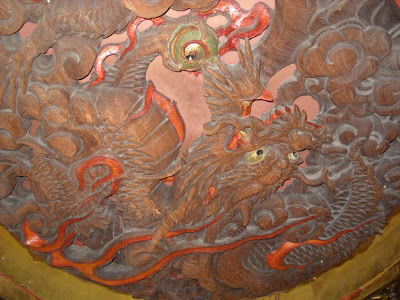 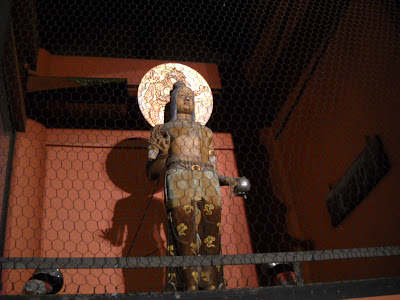 Kannon Bodhisattva has her origin in India. It personifies compassion. Its Sanskrit name had the meaning “Lord who regards all” – since it was a male god initially. Kannon 観音 has the second kanji 音 for sound. She would listen to the prayers of those in difficulty. She is also known with the name Kanzeon 観世音, where 世 is the world – she "surveys the sound of the world." Bodhisattva is one who achieved enlightenment, yet postpones the state of Buddha until all can be saved. She may appear in different forms to save people. 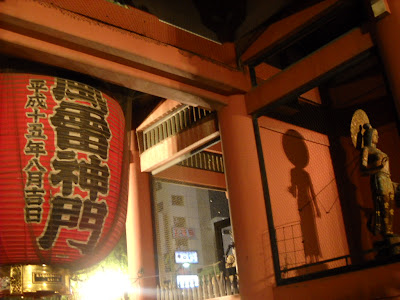 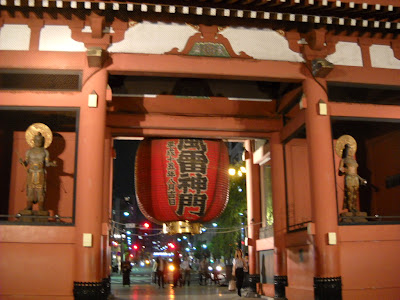 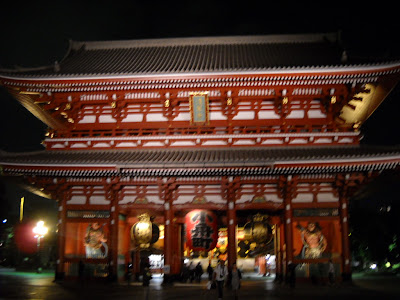 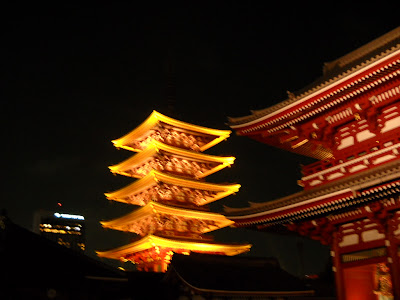 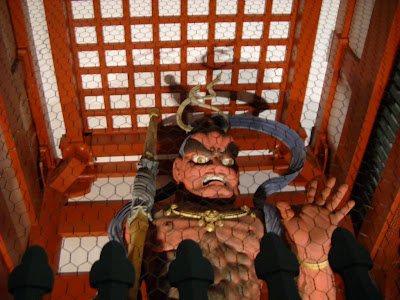 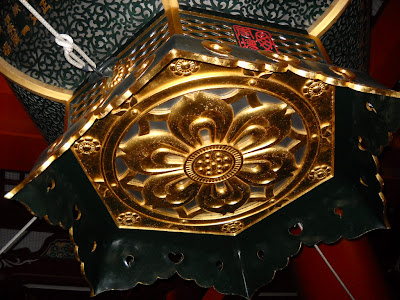 This o-waragi, a huge traditional straw sandal, was made by 800 citizens of Murayama City in one month. The straw weighs 2.500 kg, and the sandal is 4.5 m high. Such straw sandals are a charm against evil, and a symbol of the power of Niou. 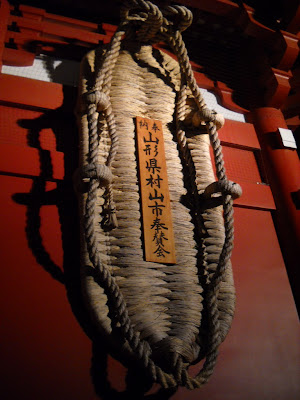 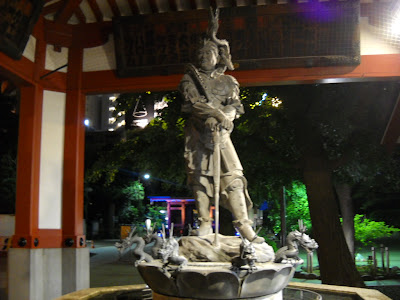 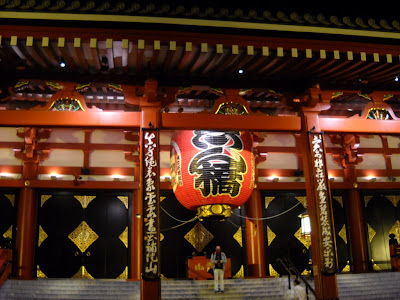 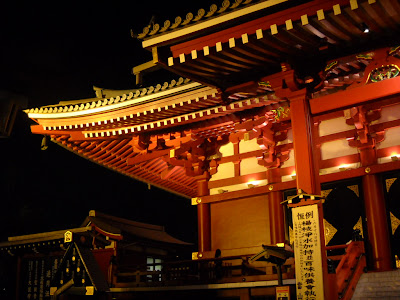 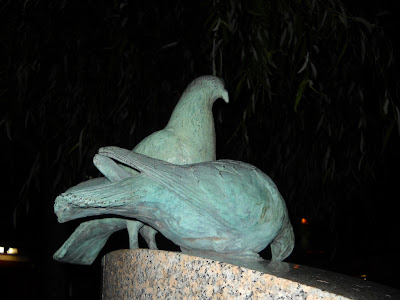 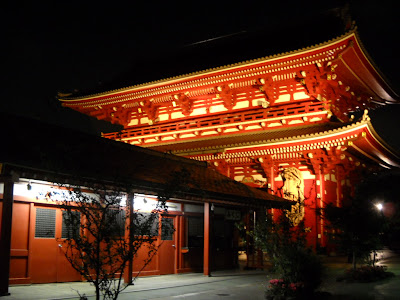 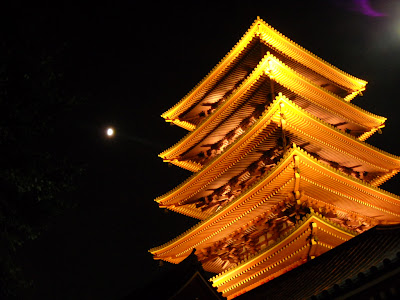