It is the tallest tower in the world, and the second tallest structure in the world. It stands 634 m high and was open to the public on 22 May this year. 1.6 million people visited it in the first week. Two illumination colours alternate daily, this blue - iki, chic, and purple - miyabi, refinement. Both are traditional aesthetic ideals of Japan. 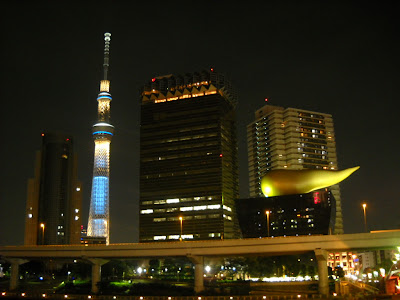 In the picture above:
Next to it stands Asahi Beer Hall, and the Asahi Flame. It is one of the most recognizable modern structures in Tokyo. 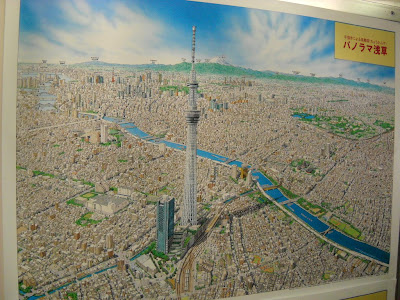 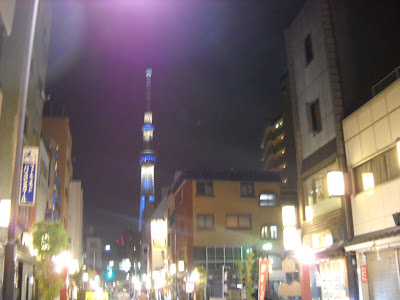 Old and new, traditional and modern - the structure in the foreground is Asakusa, presented on 23 November. 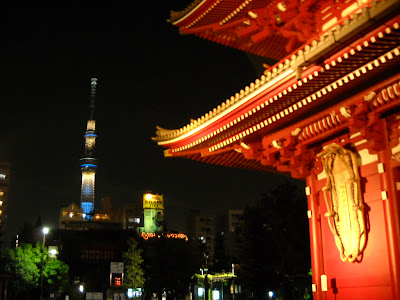