Anpanman Train And An Answer

Somebody from Japan read my post on Anpan and Anpanman – it is the post on 19 January – and asked me why Anpanman is an unknown character in Europe and whether the idea of sacrificing a piece of his body to help others puts us off? As it happens, it was shown on TV only in China, South Korea, India and the Arab World, so known only in those countries. I guess that had it been shown in other countries as well, children there would have of course liked this character. There are plenty of episodes online – yet without subtitles. Japanese language only is a barrier for many young viewers. Thus, it remained an unknown character outside Asia. I consider it the only reason. Thank you for reading, and for the comments and questions.
This is the Anpanman train. 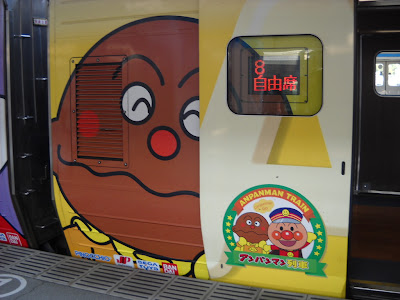 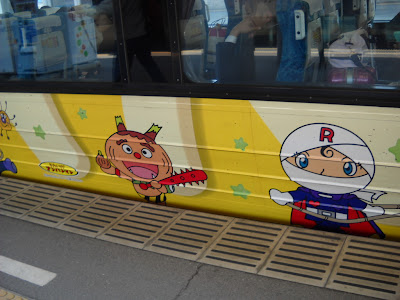 You can add your email address in "Follow by Email" - thus you will receive a note whenever I post something new. I will be unable to see your contact detail, though. It is just easier for you this way, instead of checking the website occasionally.﻿

Thank you for your comments, and have a nice weekend!
Posted by Nadia at 12:17 AM