Such a refined presentation of food! And a wet towel is usually placed on the table, to wipe hands before the meal. It is hot and called oshibori, おしぼり or お絞り. The kanji in the word is from the verb 絞る oshiru, to squeeze. 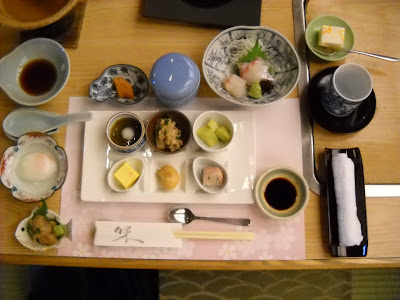 Osashimi, the very first shashimi I had in Japan - 刺身 literally means "torn body" and it is sliced raw fish. A leaf of shiso しそ or perilla leaf is usually placed on the same plate. And wasabi, of course. 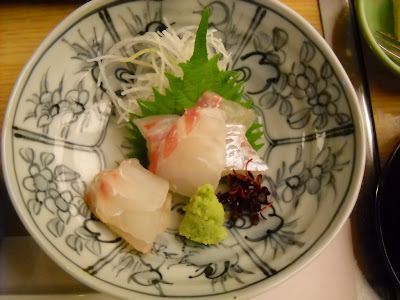 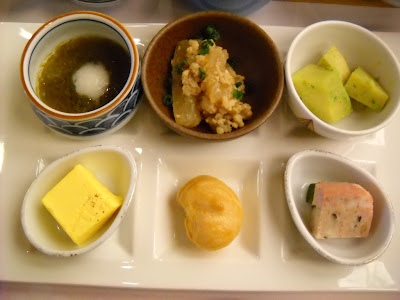 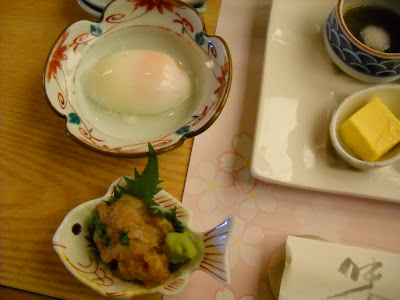 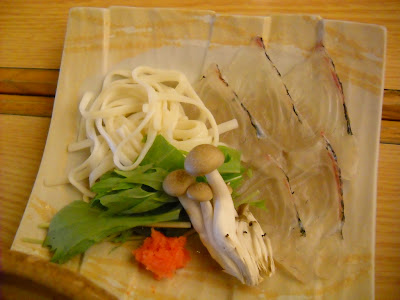 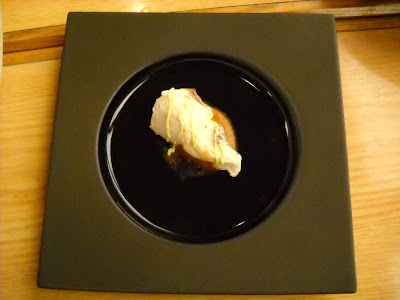 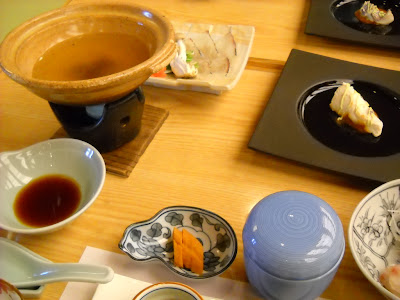 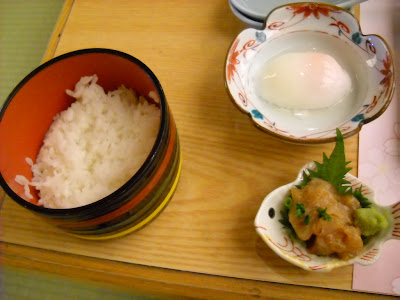 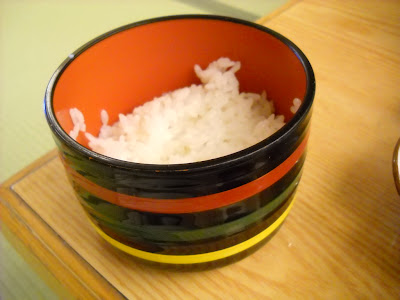 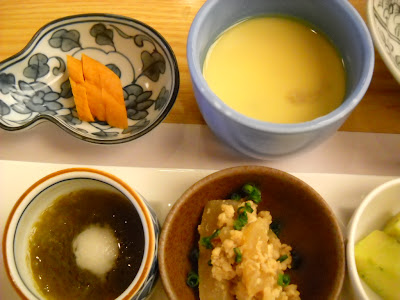 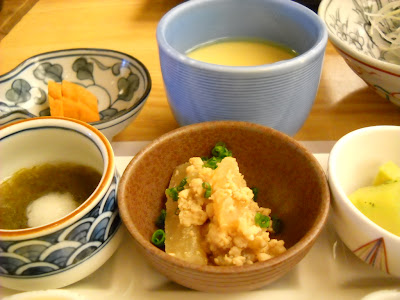 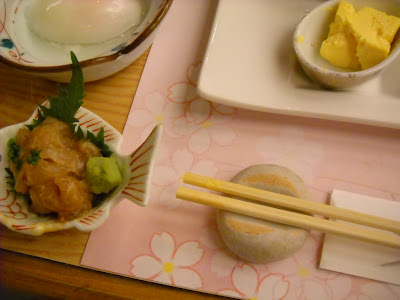 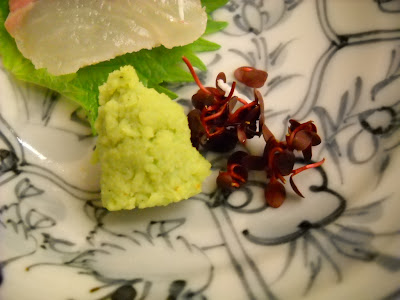 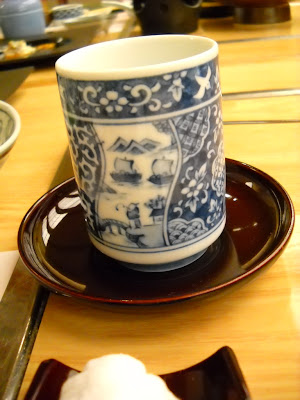 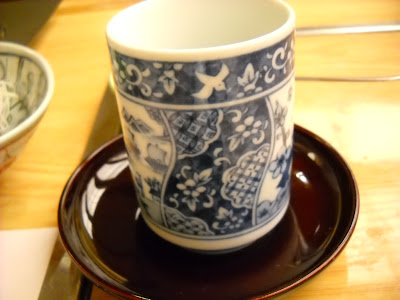 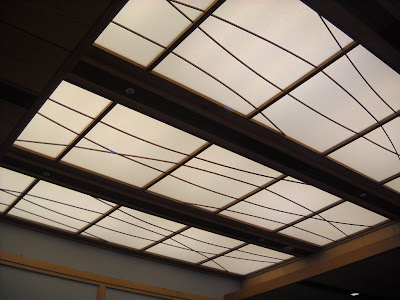 The place had quite a charming appearance even after the meal. The Japanese cushions are called zabuton 座布団. Za 座 is seat, position - maybe you know the word from zazen 座禅, the seated meditation in Zen Buddhism. And 布団 is futon, the Japanese bedding. 布 is cloth. 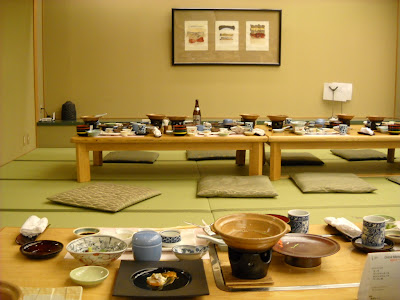 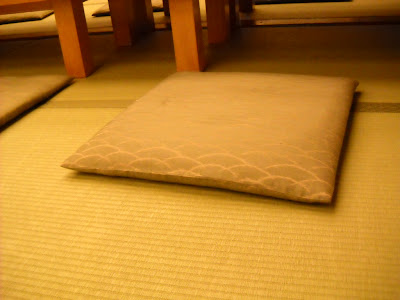 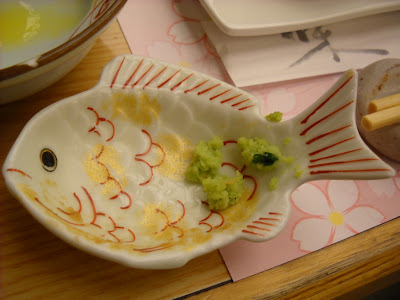 This is a ceiling lamp: 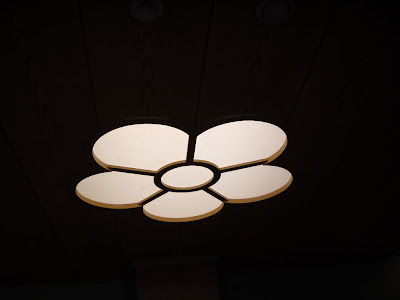