James A. Michener has a good book called "Hawaii," which was a bestseller when it was published. It is a good read, and in the last chapters it is described in detail how Japanese went there in large number. In the 1920s, about 43% of the population of Hawaii were Japanese people. Even today they represent a large ethnic group in Hawaii, of about 16% of the population. Whereas in Japan there are very few Hawaiian people.

In Iwaki, Fukushima-ken, there is a resort and theme park called Hawaiians ハワイアンズ. The story of this resort gave the idea of the film "Hula Girl" フラガール 2006, which received several awards in Japan. The Tohoku earthquake of 2011 damaged the area. And the hula girls performed in various places in Japan, to help reopen it after one year.

Hula dance is always performed with a smile. It was so interesting to watch them dancing. It was just a one-day performance in the streets of Kobe Harborland, a very rare event. The dancers seemed to be all of Hawaiian origin. 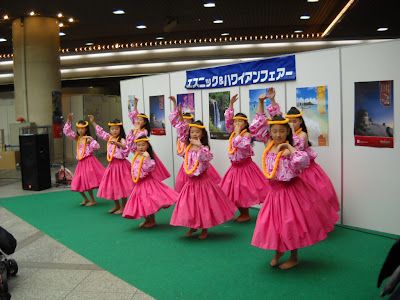 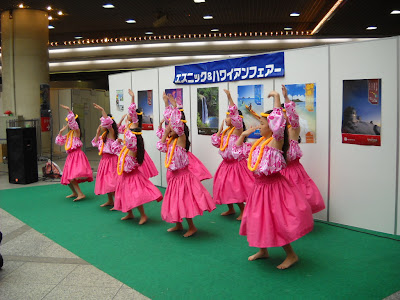 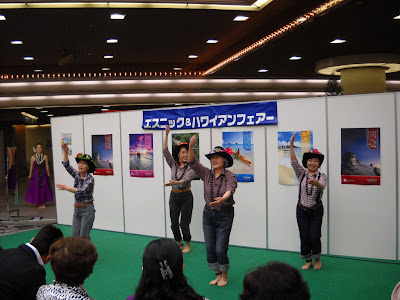 And later on, somewhere else: 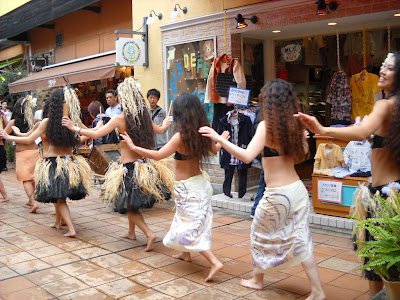 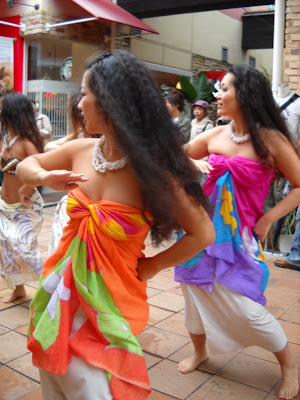 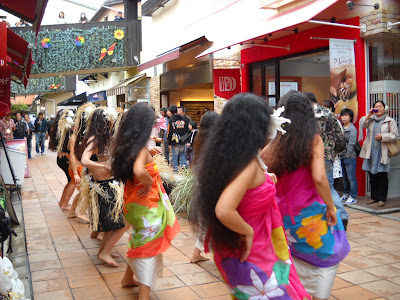 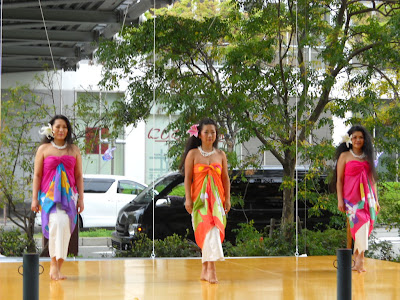 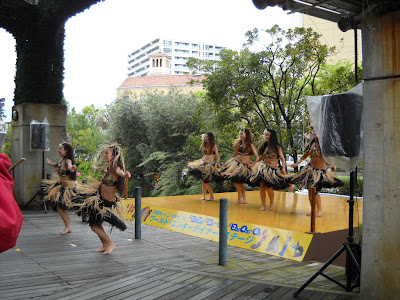 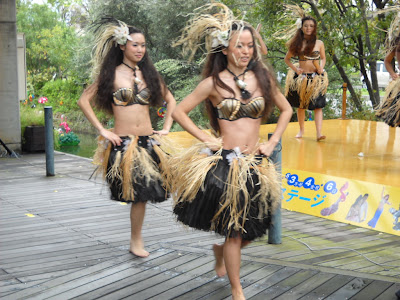 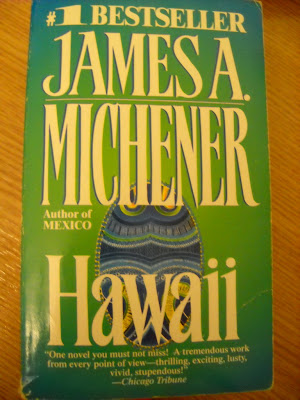