I presented Okinawa Churaumi Aquarium on 26 June. Nearby at the Dolphin Lagoon, there is the Okichan Theatre where dolphin shows are held four times a day (five times a day during the summer season). One show lasts about 20 minutes, and it is so entertaining.

Shiira しいら is called dolphinfish, yet it is completely different - dorado or mahi-mahi (the latter name from Hawaiian).
And mairuka まいるか is the ocean dolphin, it can grow up to 9 m and 10 tons.

Some photos taken during the show: 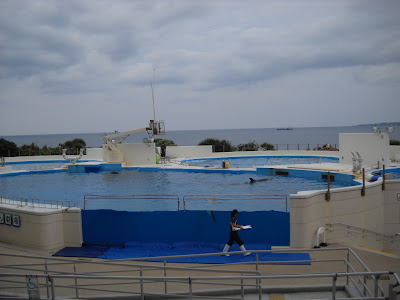 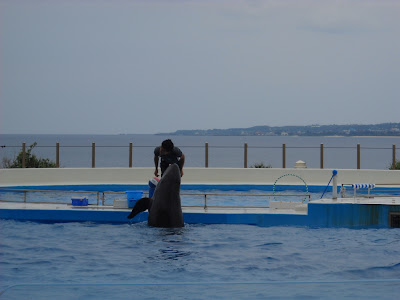 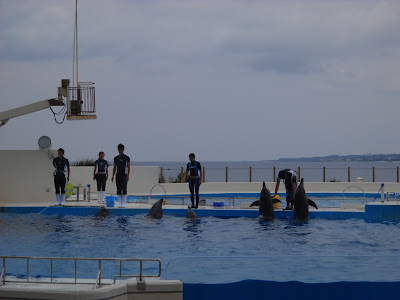 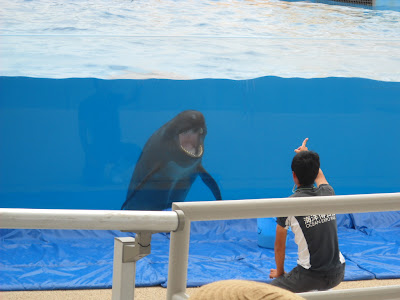 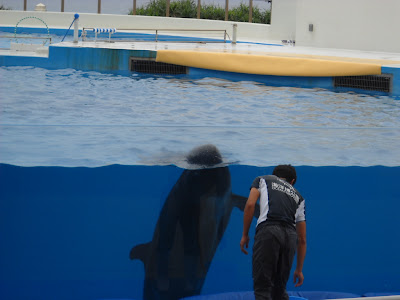 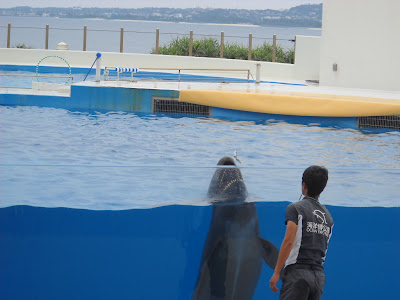 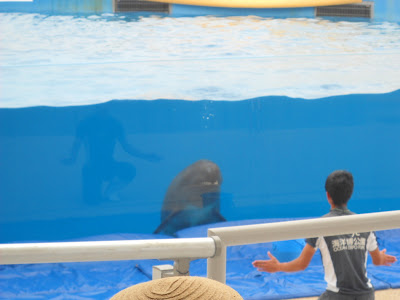 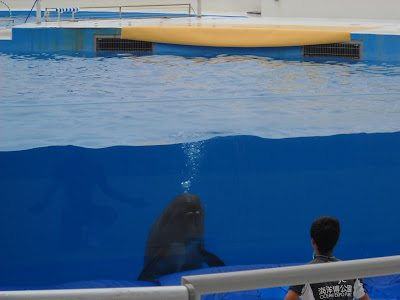 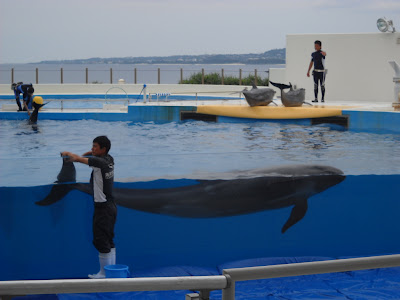 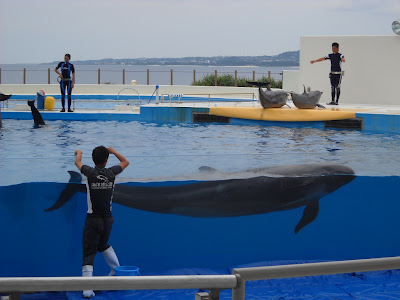 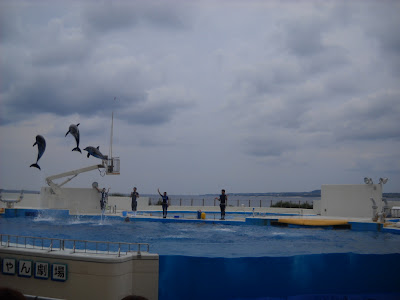 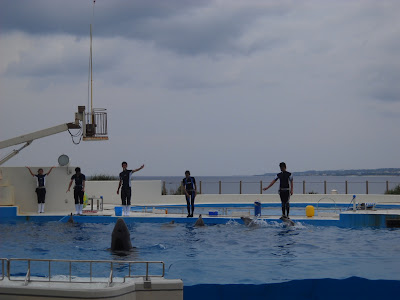 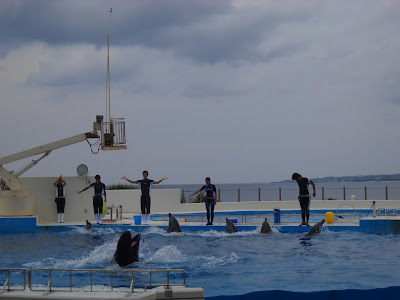 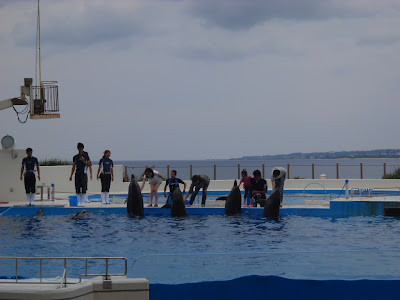 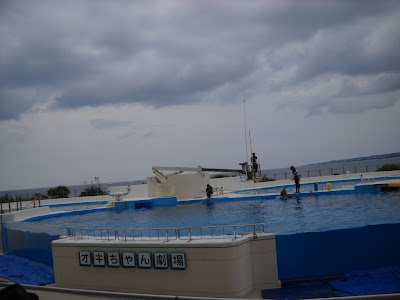 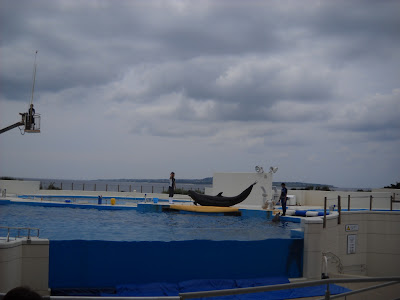 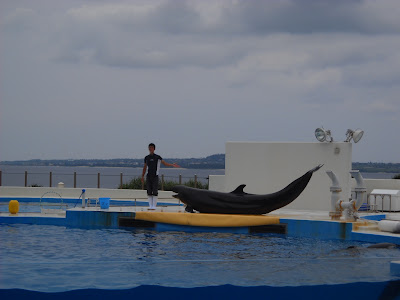 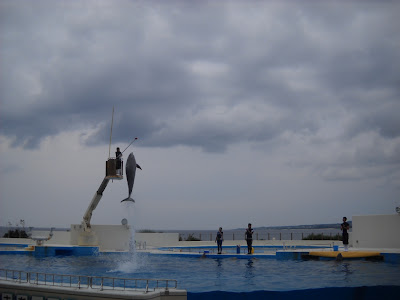