Eshima - The Oldest Island Of Japan?

At the beginning there was only one god, sitting still in the centre of the Universe. From the original chaos, Sky and Earth separated, appearing in human form as man and woman respectively. The first man, Izanagi, and the first woman, Izanami, descendents of the god above, got married and gave birth to all the Japanese islands and gods. Sadly, the last offspring was the Fire God, who caused his mother's death by fire.

They say that the first island born from this celestial couple was Eshima, near Awaji island. 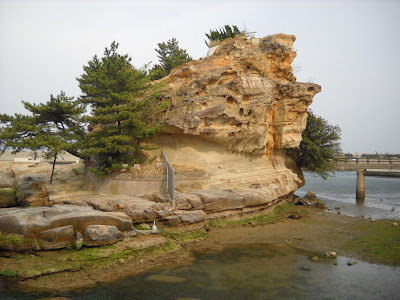 Eshima 江島 means Bay Island. It is connected to Awaji-shima by a short bridge, and its surface has an eerie feeling to it. 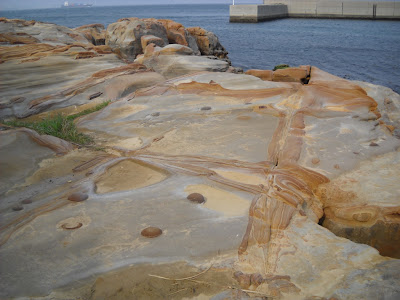 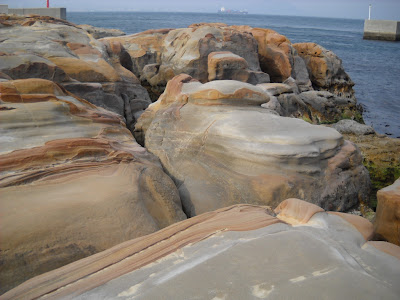 Maybe the Japanese archipelago appeared around this very first island. ﻿
Posted by Nadia at 3:33 PM