Maguro zukushi 鮪づくし is a meal where all the dishes are made of maguro, tuna. You can find information and the address of this restaurant online - it is called Sakanaya Dojo. You will see sashimi - raw tuna, even pizza with tuna and avocado, then sushi. Everything is used in the tuna, even the meat of the jaws. 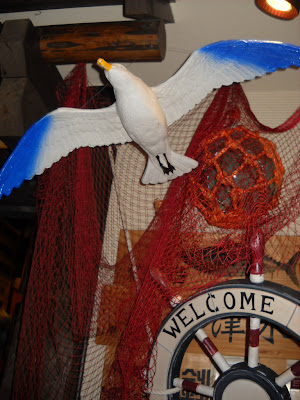 It is written Sakanaya Dojo. Sakana means fish. 道場 doujou literally means "place of the way" - it is usually the hall used for martial arts training. 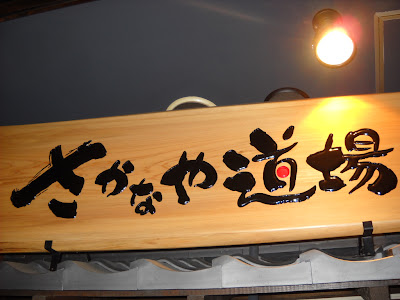 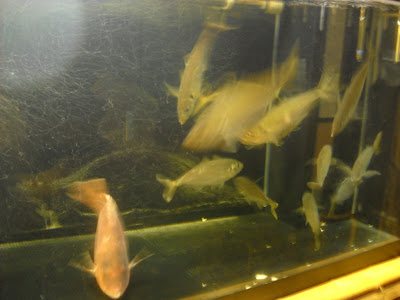 73% of the territory of Japan is covered of mountains and forests. A small percentage of the land is used for human activities, so the spaces seem small here. However, each and every place is so cosy. 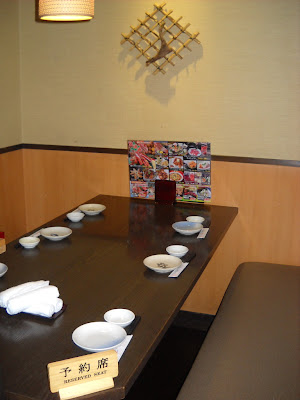 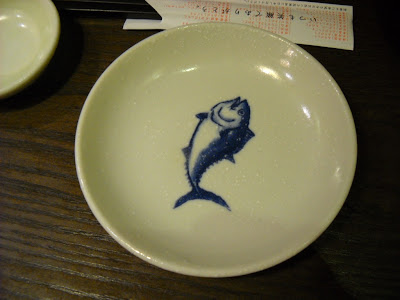 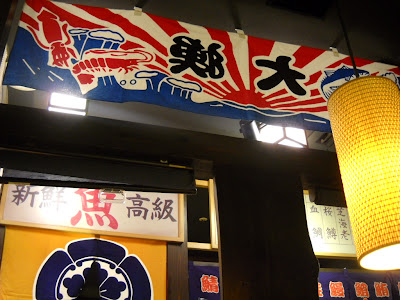 Noren with fish drawings and kanji below - you can check what noren is in the post on 20 August, which is actually the most viewed post on this blog. 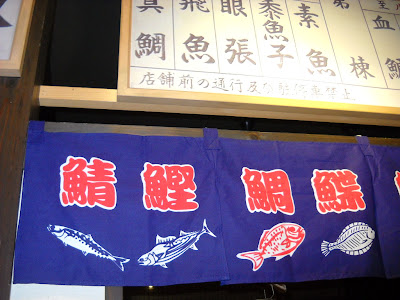 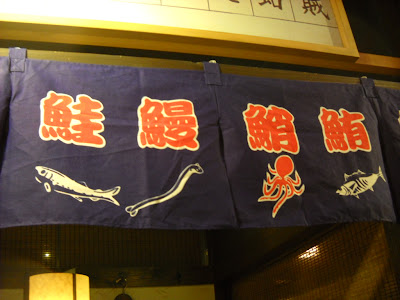 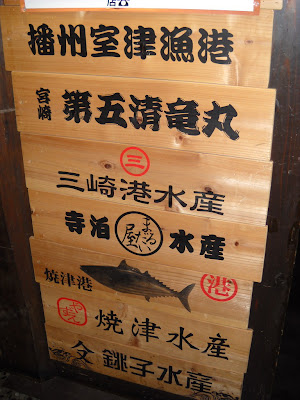 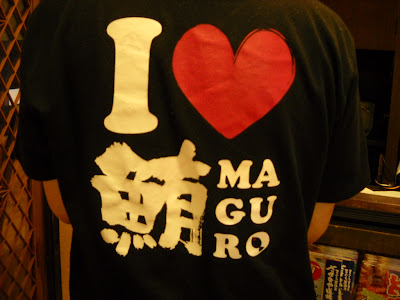 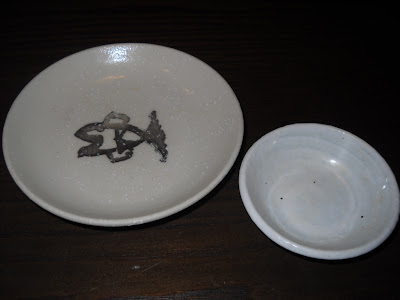 You can see few photos below that under the sashimi there is a layer of ice cubes, to keep it fresh. 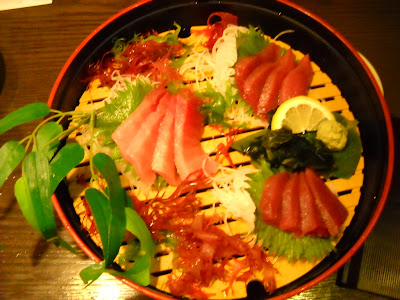 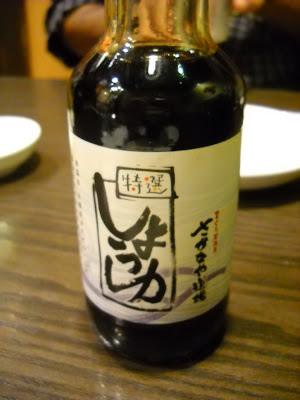 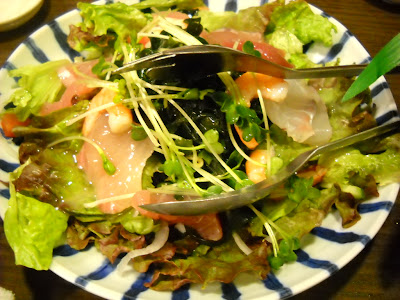 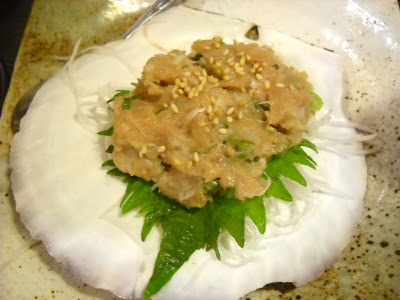 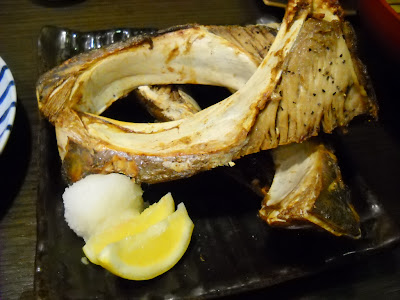 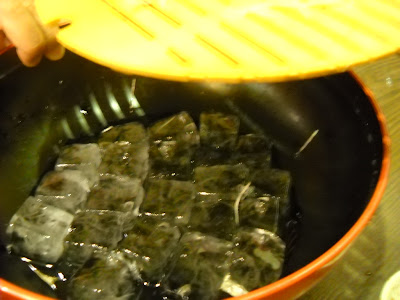 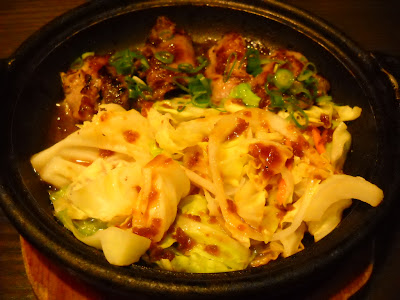 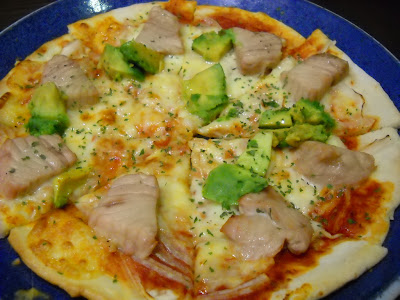 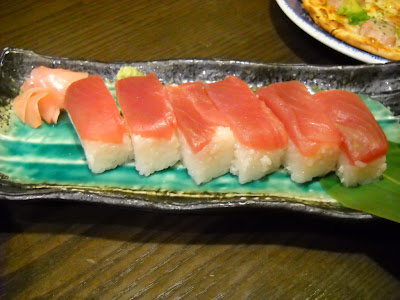 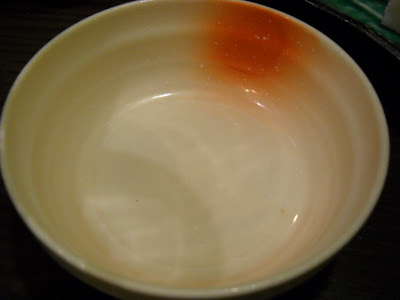 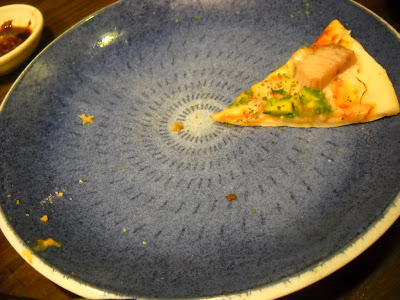 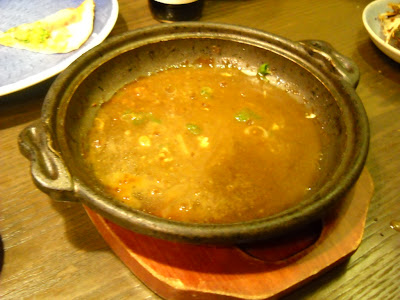 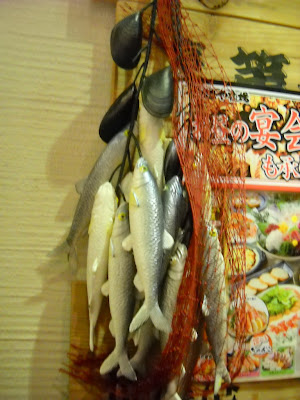 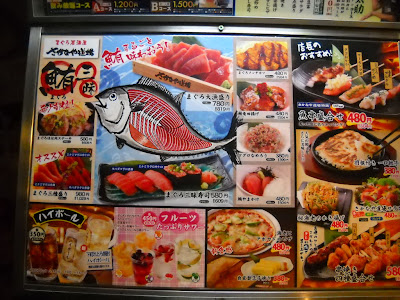 There are fish names below. All have the radical 魚 sakana, fish. For example, 鯛 tai - the sea bream or snapper; 鮎 ayu, freshwater trout; 鯵 aji, horse mackerel. 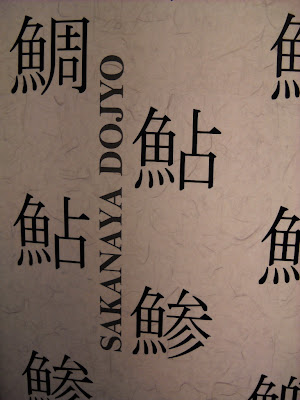 Apple candy received at the end of the meal. アップル appuru, though there is a Japanese word for apple, ringo. 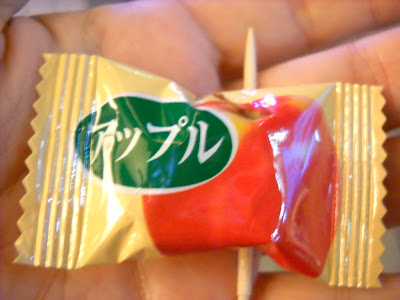