Shuri-jo is called Sui Gusiku in the local language. This famous building used to be the King's palace and the heart of the Ryukyu Kingdom. It was destroyed during World War II and reconstructed in 1992. Shuri Castle is mentioned in documents as early as the 14th century. When the three sections of Okinawa were unified, Shuri became the capital city and this castle used to be the King's residence. Shuri-jo was designated as a UNESCO World Heritage Site in 2000.

Its magnificent red was a colour of nobility. When the ban on red tiles was lifted in 1889, everybody put them on their roofs. Now the Okinawan roofs are covered in the local red tiles. 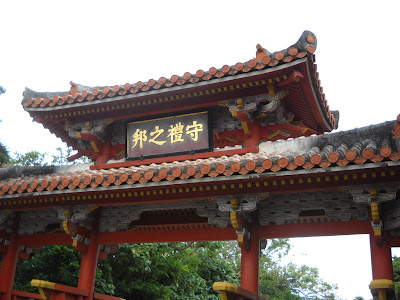 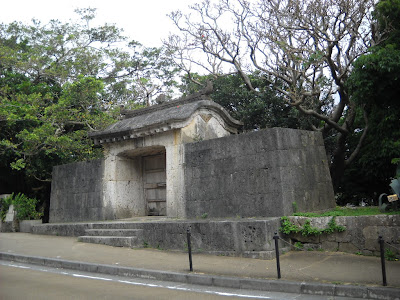 Kankaimon is the front gate of Shuri-jo, also known as Amer-ujo. Amae and Kankai mean “to greet with joy” in ancient Okinawan and Chinese, respectively. The name of the gate expresses warm welcome, for the visitors representing the Emperor of China, too. It was built around the year 1500, and it burnt down during the Battle of Okinawa in 1945. This gate was restored in 1974. 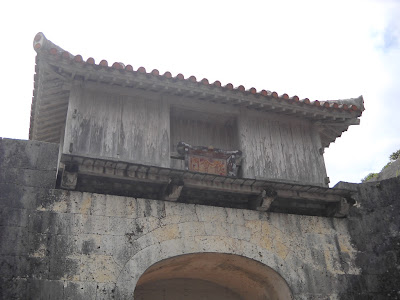 There is a pair of shisa lions on both sides of the gate, warding off evil spirits. I mentioned the explanation for the mouth open/closed in the post on 29 October. 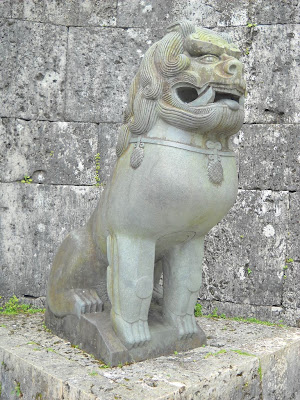 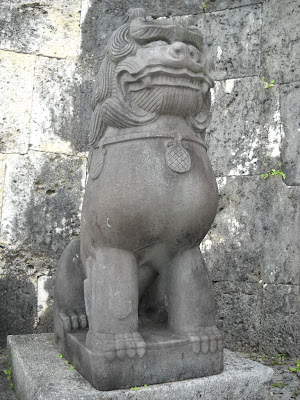 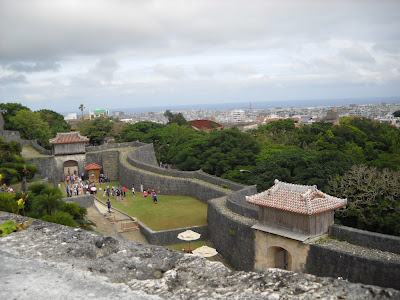 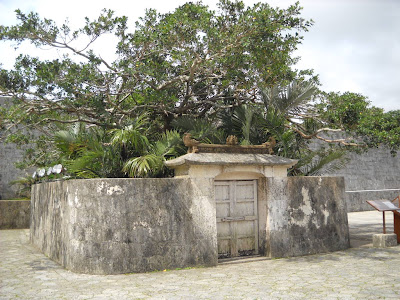 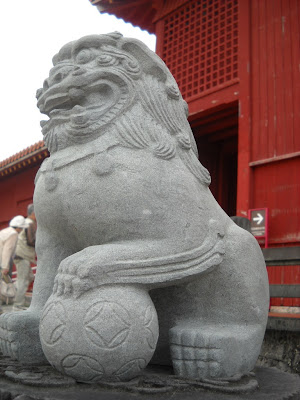 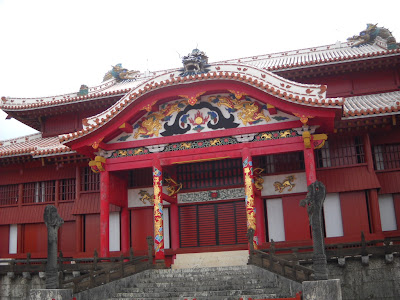 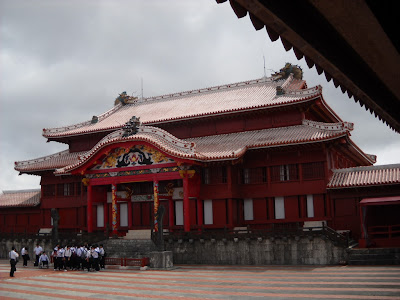 Goshoin – the place where the King performed daily office work and discussed with the Satsuma clan officials: 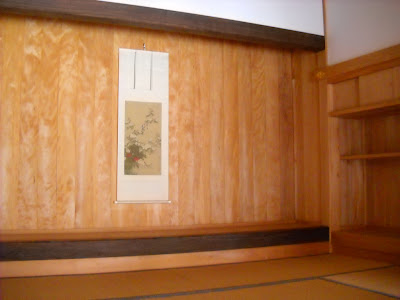 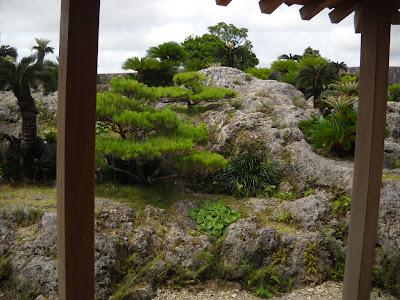 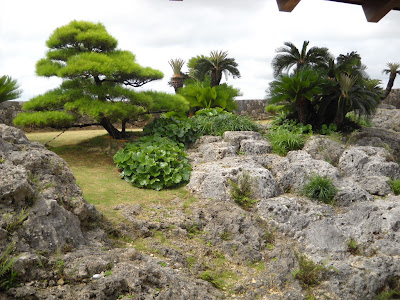 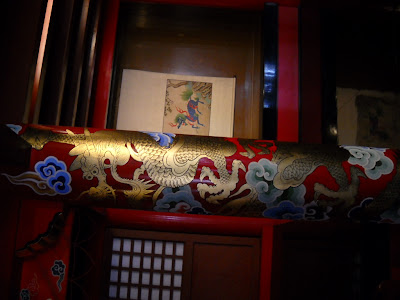 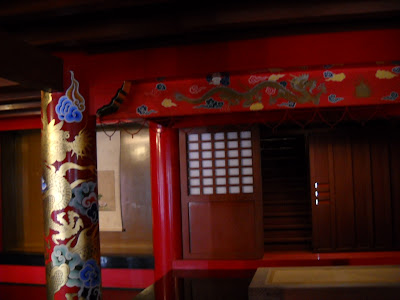 Ue Ochanoma Decorations – this set of tea ceremony utensils was used to offer tea to the King and princes during the New Year’s ceremony. 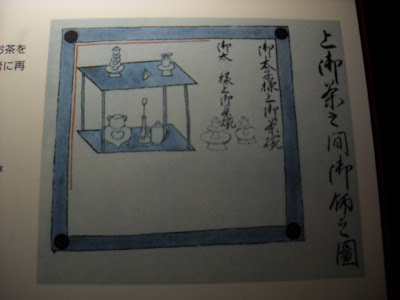 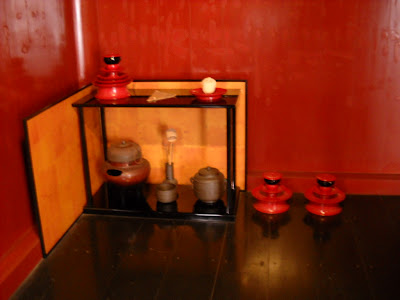 Since it was originally built, Shuri Castle was destroyed four times, because of fire and during World War II. These stones are remnants of a repeatedly destroyed and reconstructed State Hall of the castle. The current building is 70 cm higher, to preserve the ruins underneath, as well. 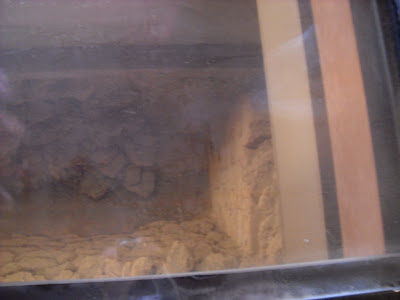 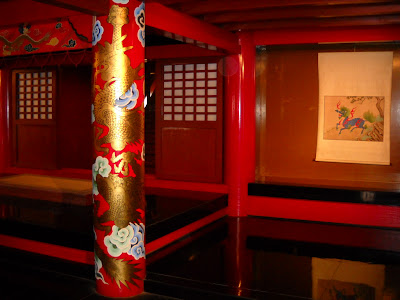 Replica of the seal of the King of the Ryukyu Kingdom, 17th century, weighing 4.5 kg: 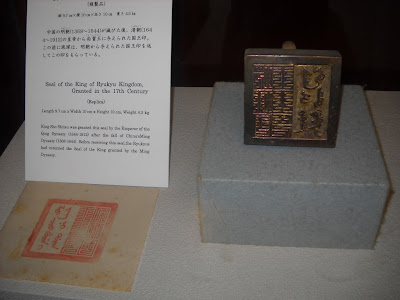