Rakugo 落語 is a form of Japanese storytelling with a 落 punch line. One person sits on the stage and entertains the public. The storyteller sits in seiza position and holds only a sensu fan and a piece of cloth called tenugui. The story is comic and the different characters are presented by changing the voice and looking in another direction. 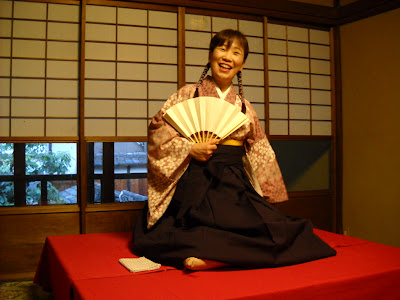 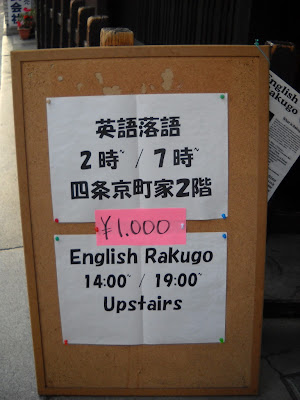 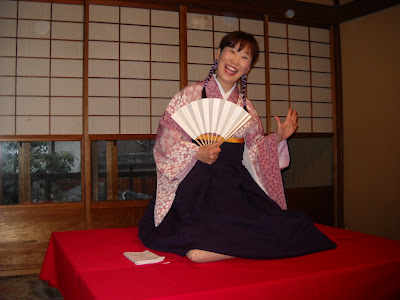 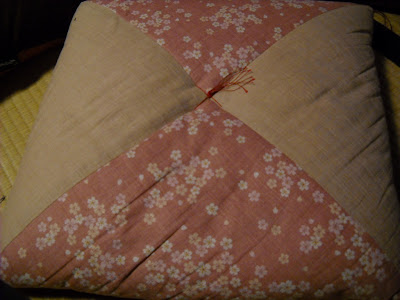 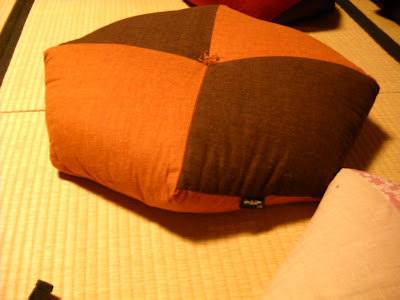 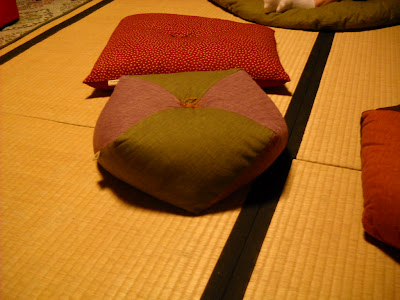 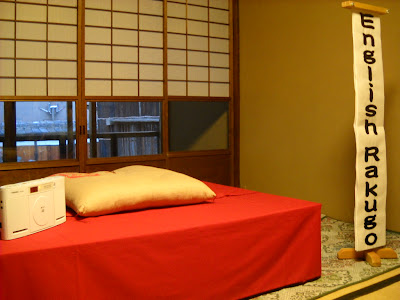 It was of course forbidden to take photos during the show. However, at some point a lady from the US was invited on the stage to practise rakugo by imitating the performer. 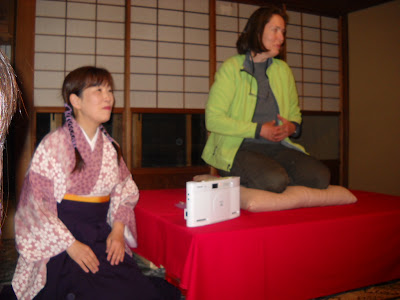 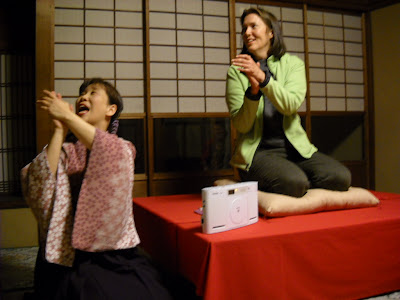 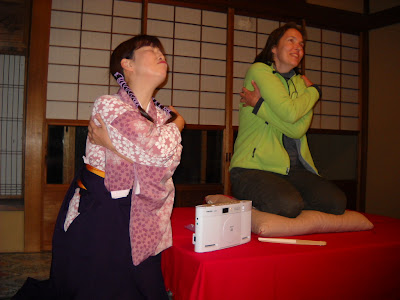 Then, it was even my turn. It was an interesting experience. There were foreigners from various countries in the audience. 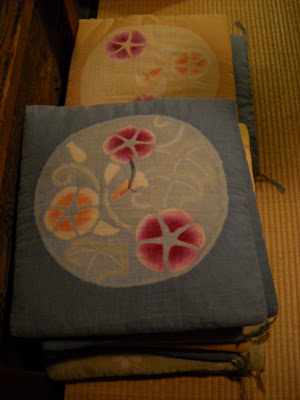 Thank you for that surprise, Masako-san and Keiko-san! Later on, we noticed the performer in a restaurant nearby. 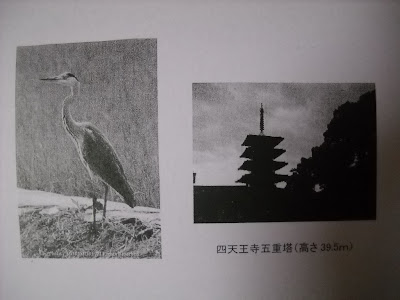 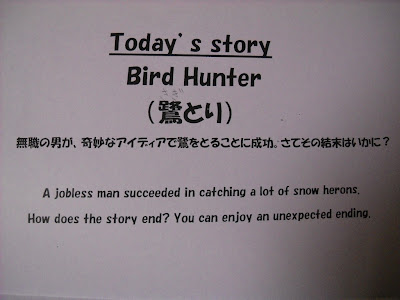