23 December is the birthday of the current Emperor and today was a national holiday – substitute – in Japan.
Today I watched "Warrior’s Flute" – Fuefuki Wakamushu, a film made in 1955, with the beautiful Hibari Misora. It is a story of lords, and princesses in the Heian period. Atsumori’s death, presented in the film, is featured in a temple in Kobe, too.
Sumadera, a temple I have mentioned in previous posts – 27 October, 6 November – dates from 886. It is devoted to the Bodhisattva of Compassion and the Buddha of Healing. The treasure hall exhibits historical objects related to the war between the Taira and Minamoto clans in the 12th century – the Heike and Genji at war. On the temple grounds there is a garden featuring Atsumori and Kumagai Naozane on horses, a pose just before the first was killed by the latter. It is a depiction of the Battle of Ichi no Tani in 1184, which appears even in the film mentioned above. Atsumori fought bravely and lost his life at age 17. And his killer, Kumagai Naozane, appears in the film as his true father - a tragedy of the past. Atsumori is in the water, called from shore to fight. 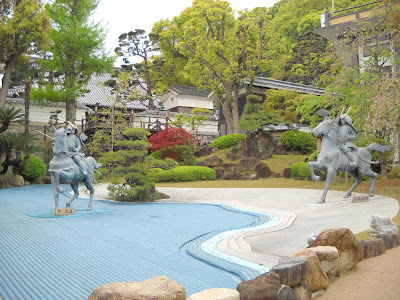 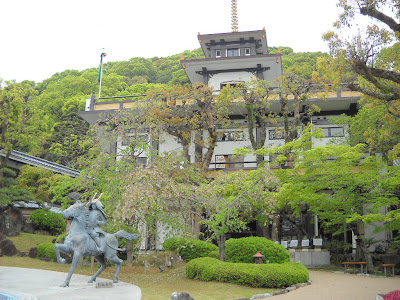 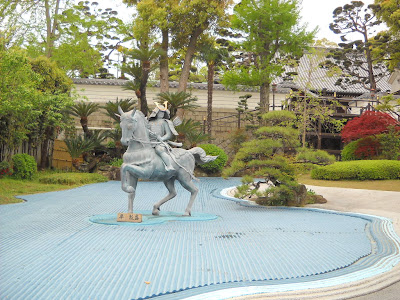 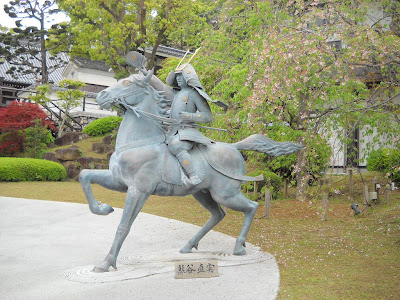 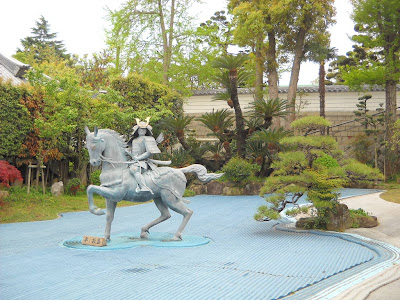 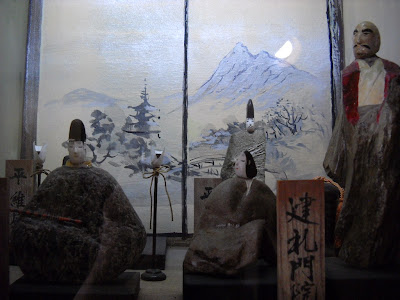 This is the oldest ichigen-kin, Japanese harp with one string. In the museum there is also a flute – aoba no fue, “the flute of green leaves” – that belonged to Atsumori of Taira, the Heike warrior. 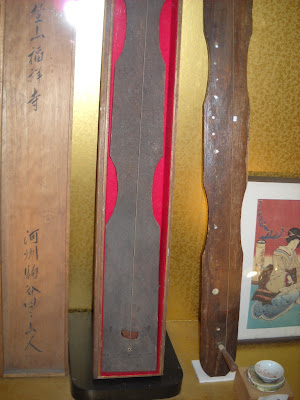 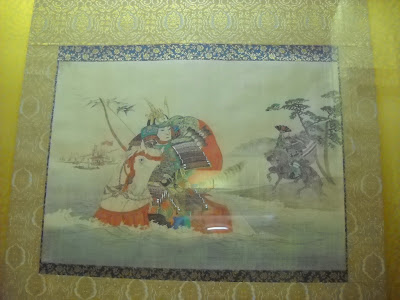 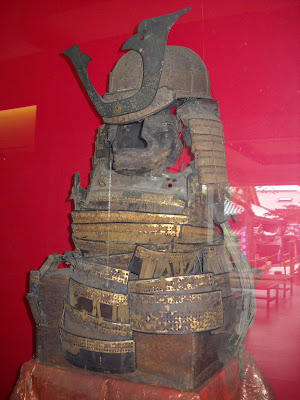 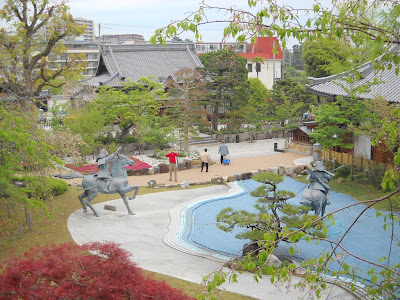 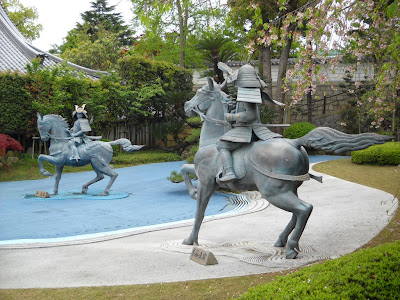 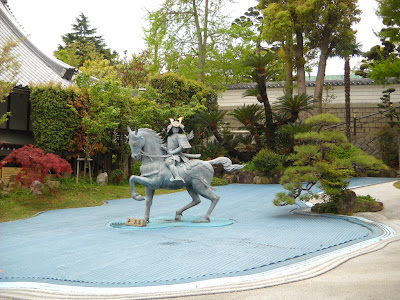 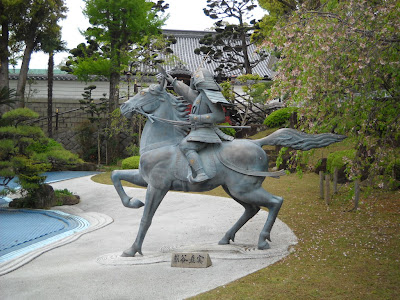 The same scene, in the film: 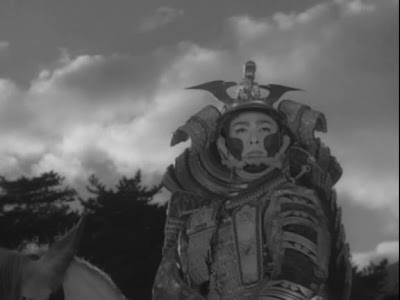 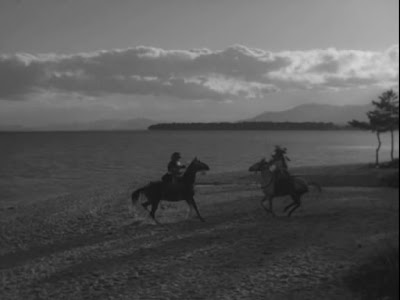 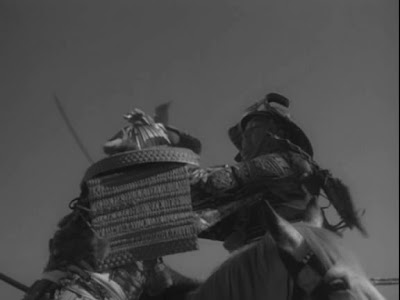