Thank you so much for all the answers received for the question in yesterday’s post. Indeed, the footwear in that photo is a tageta, written with ta 田 for rice field. It is the footwear used in the past when walking in the wet rice fields. I was thinking about something different - the Japanese traditional snowshoe of the past, called kanjiki. I have learnt its name on my own.
This is geta - a photo taken in Nara: 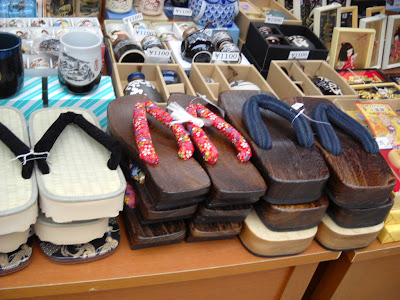 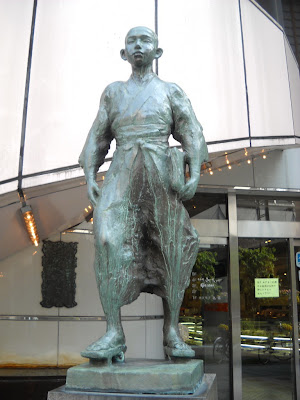 Nice zouri in Kyoto, the geisha district. They would wear such elegant ones with kimono. 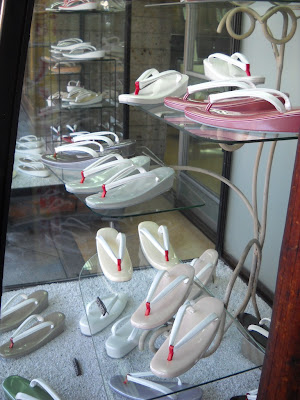 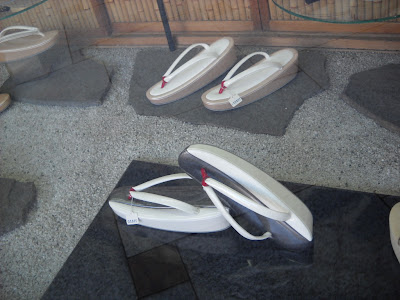 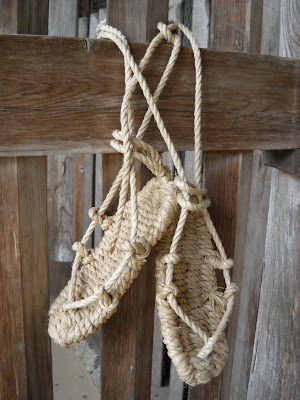 A couple of photos taken in Tono: 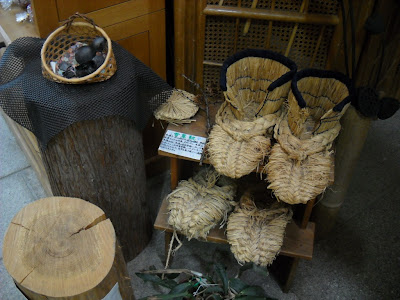 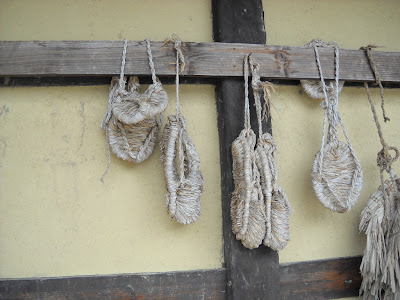 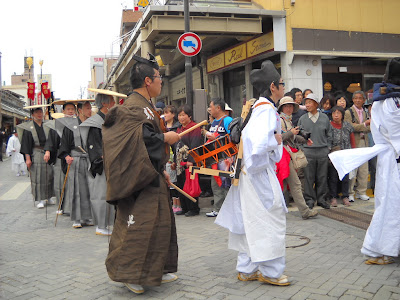 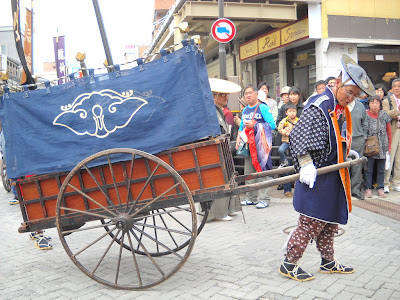 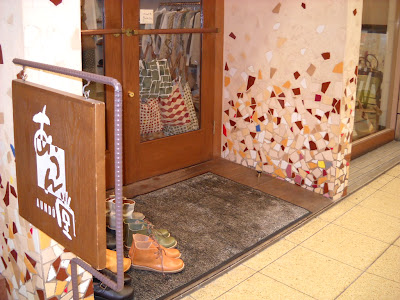 Japanese people usually have so many pairs of shoes.
This is cute, I received it and actually enjoy using it: 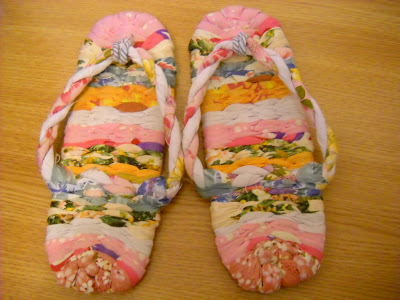 Such footwear from the remote past of Japan reminded me of an old Japanese film, made in 1936 - Arigato-san. Mr Thank You. It was a nice film, a journey towards Tokyo on old roads, passing by rural areas. Maybe you have a chance to watch it, too.