15 August is the Independence Day of India. India achieved independence from the British rule on 15 August 1947.

Because it is a special place for me and I spent one year in that country, I thought of presenting something Indian today.

In Ijinkan, the area of foreign houses in Kobe, I passed by an Indian temple. It is the Mahaveer Jain Temple located at 7-5 Kitano-cho, 3 chome, Chuo Ku, Kobe. It was built in 1985. 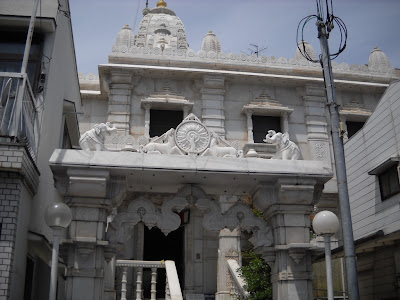 Mahavira was born in a royal family, and lived about the same time as Buddha. He is the founder of Jainism, a religion of non-violence (ahimsa), truth, non-stealing and non-possession. 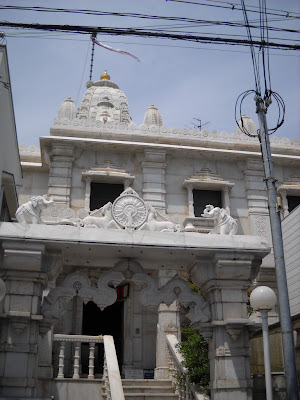 A representation of Mount Meru, sacred in the Jain cosmology, even in Hinduism and Buddhism, and an image of Mahavira below it: 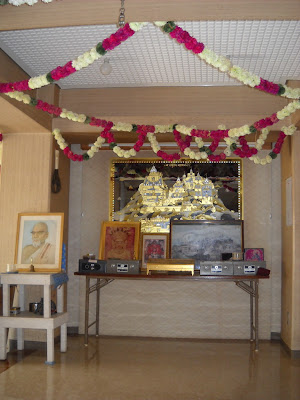 As far as I can recognize it, it is the Gujarati script. Though Mahavira was born somewhere in the current Bihar state, Jainism found the most followers and significant influence in Gujarat. 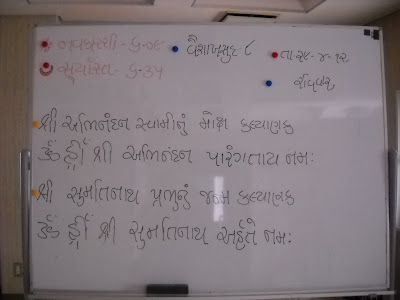 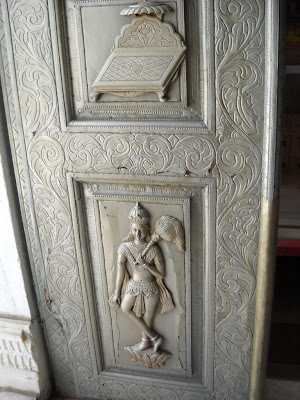 Swastika is an auspicious symbol of peace and well-being in India, and it dates back to ancient times and the Indus Valley Civilization. In Jainism, its four arms represent demon, animal, human and angel. The star below is called shatkona and it is formed of two triangles: the upper one is male and fire, and the lower one is female and water. And the pot filled with pure water is a symbol of wisdom. 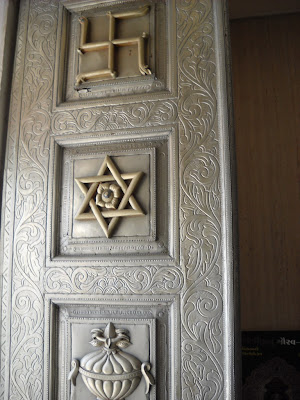 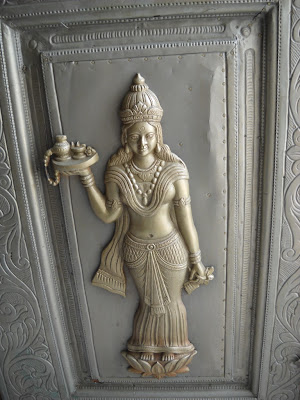 The fish couple is a symbol of brahmacharya, control over senses and faithfulness to the life partner. 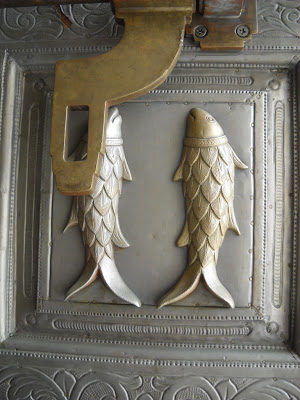 The mirror reflects one's true self. 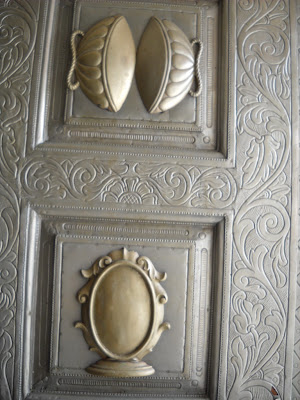 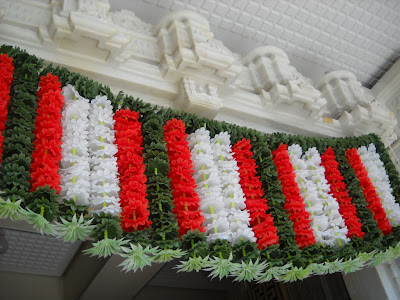 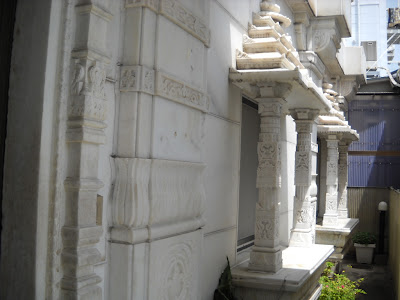 The gate is beautifully adorned in the specific style. 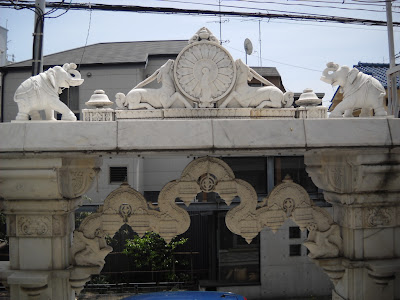 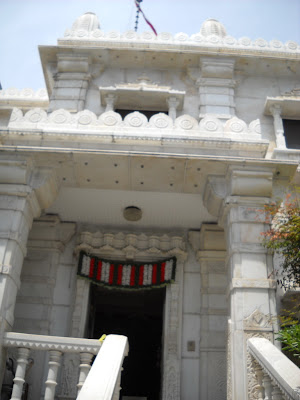