On a festive note, some photos taken at the beginning of June this year at Kansai Airport, Osaka. I was surprised to see a small corner dedicated to the Olympics, with a message regarding the colours and five flower arrangements having the symbol's colours.

"Five Flower Rings of Olympiad
They are not only the symbols of the inhabited continents, but also indicate blue water, yellow sand, black soil, green trees and red fire in our Nature.
Interlaced Rings desire Peace.
Wishes our regards to all over the world......." 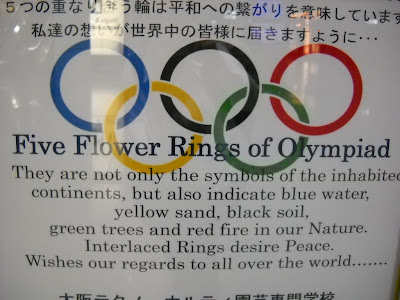 Actually, Baron Pierre de Coubertin designed the symbol based on the fact that the five colours appear on the flags of all the countries in the world, "without exception." And that is a topic covered extensively by Sheldon's show on vexillology. :-) 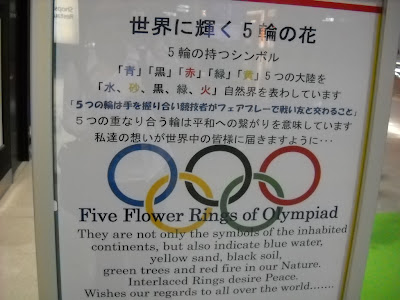 Apart from the nice message of peace, five bouquets matching the five colours: 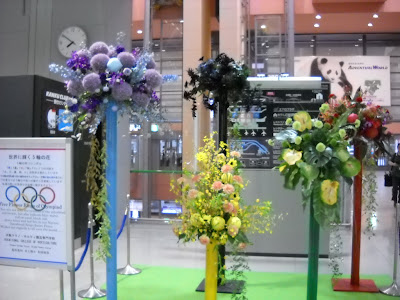 Japanese people are the best at arranging flowers. Ikebana is an art born in Japan. 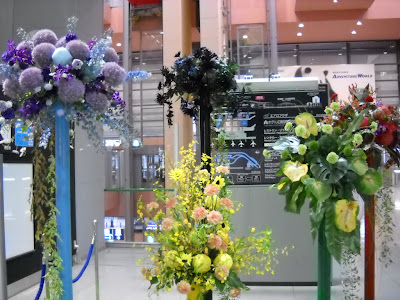 I was impressed to receive comments and supportive messages for my country's team during the Olympics. Indeed, people in Japan always find time for a kind word. That made me smile, since I have been watching Japan's position in the general classification.

And I was so surprised to see a rare book at a family in Morioka. Just because my name is Nadia, I was shown a book about Nadia Comaneci, the Romanian gymnast who scored the first 10 at the Olympics in Montreal in 1976. 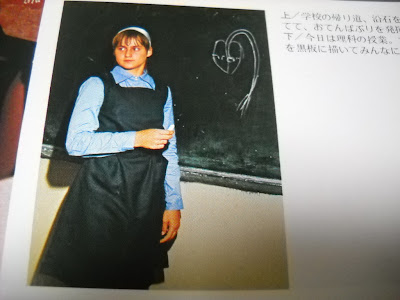 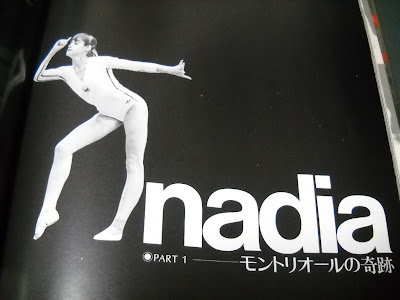 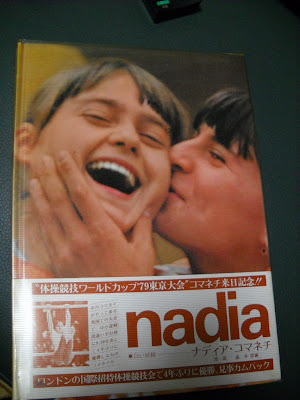