It was so unique, and I remember about it with longing on such a hot summer day. The museum is located in Cape Soya 宗谷岬, Souya Misaki. It is the northernmost point of Hokkaido and of Japan. Although there is one small island 1 km away, which is the true northernmost point of Japan - it is called 弁天島Bentenjima. The last kanji 島 shima means island. Ten 天 in the middle means heaven.

There is a souvenir shop nearby, including a small museum of stuffed animals. I mean the taxidermy. Though it was the first time to view the exhibits on blocks of ice. I found it surprising. 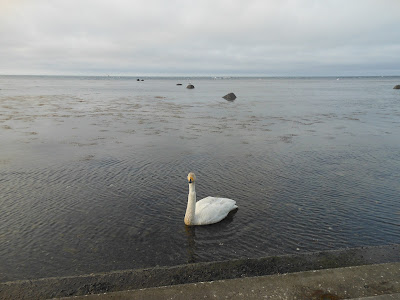 It was 4C outside. 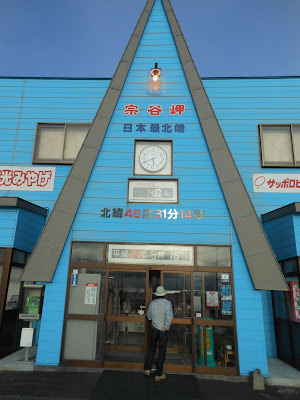 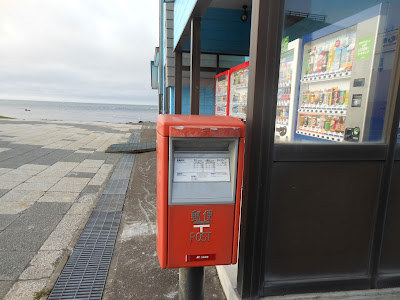 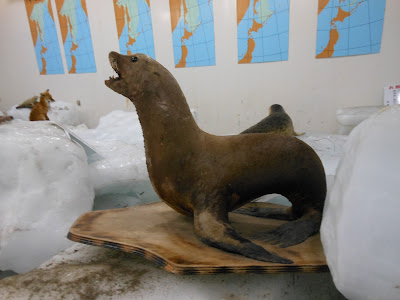 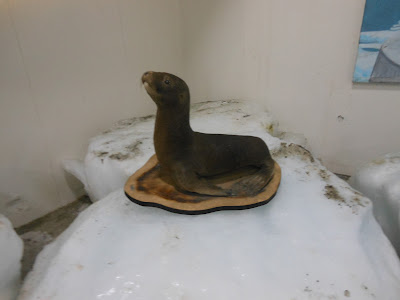 The Monument of the Northernmost Point of Japan in the background: 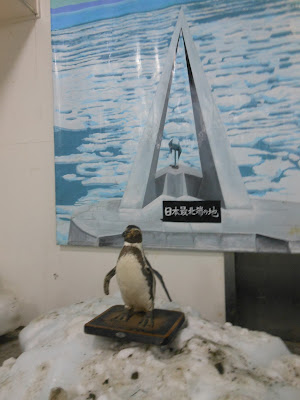 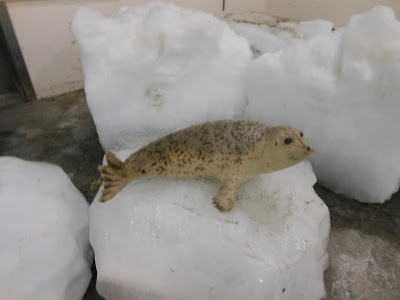 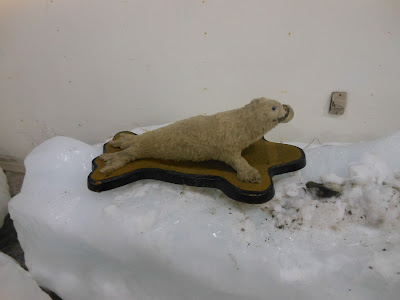 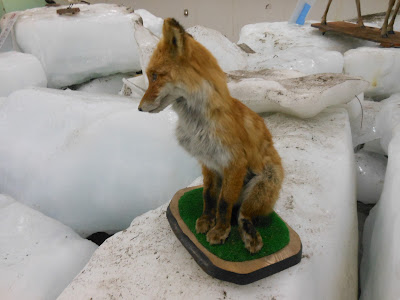 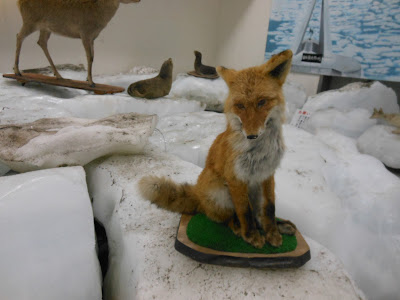 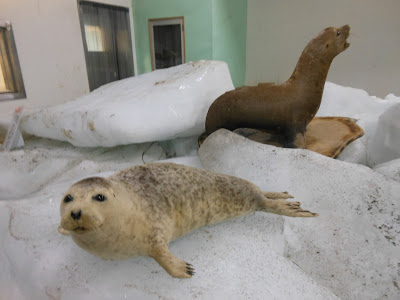 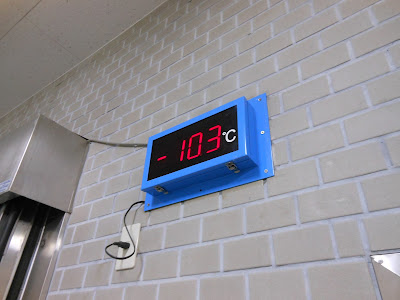 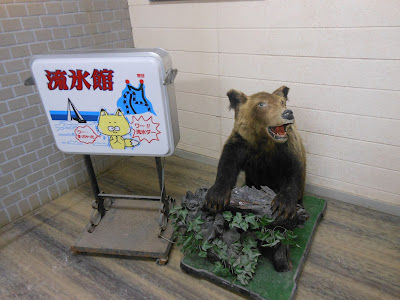 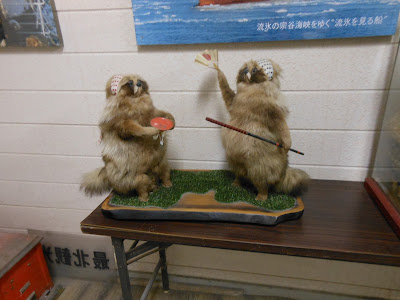 The green pheasant is the national bird of Japan. 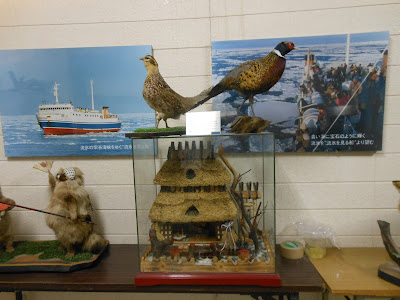 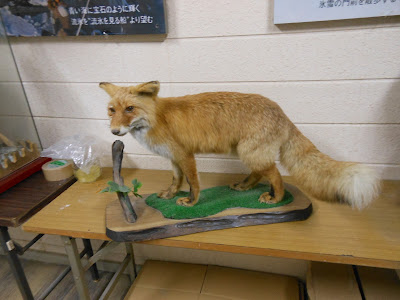