I noticed this eggplant in Tsunashiki Tenmangu Shrine in Kobe, which is a place to worship mainly the God of Study 学問の神様 Gakumon no Kamisama/Michizane (学 gaku means study, science; 問 toi asking; 神 kami god, deity; 様 sama honorific suffix in Japanese). It made me wonder why this vegetable would be an element of worship. 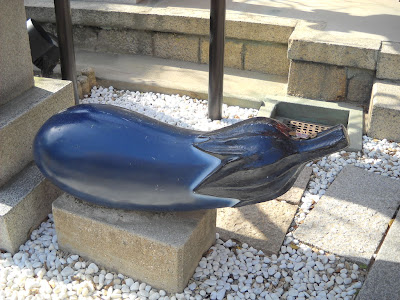 In Japan, the first dream of the New Year is important, and by tradition the best three dreams one could have on the very first night of the new year, as a sign of coming good luck, are Mount Fuji, a hawk or an eggplant.

Otherwise, eggplant is a summer vegetable and it is considered to have a cooling effect. Eggplant is called nasu 茄子 or nasubi なすび. 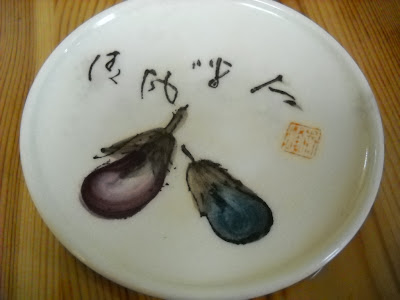 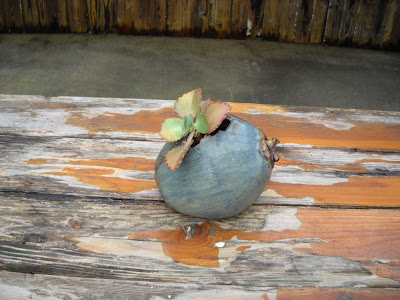 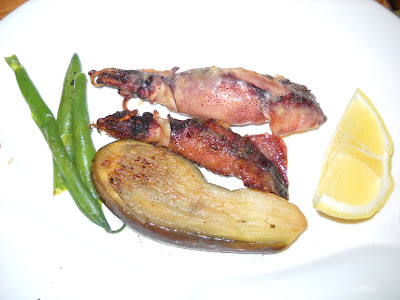 Eggplant is always cooked with its skin in Japan, nobody peels it. 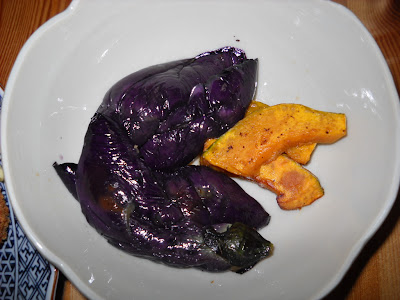 Eggplant tempura, among other ingredients: 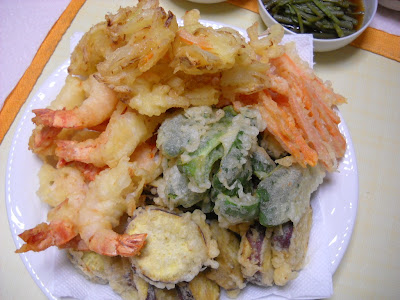 Eggplants are usually very small in Japan. However, I found even the long one - called kurume. This is taken in a market in Takayama. 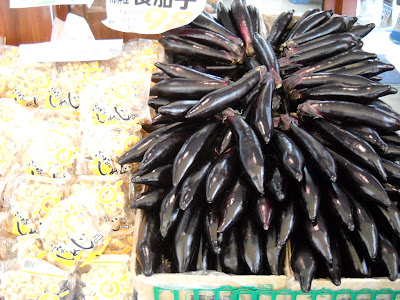 Eggplant actually tastes better in autumn. There is even a Japanese proverb about autumn eggplants - one should never give them to the daughter-in-law. :-)
Since they taste better, maybe people are less keen to share them. Anyway, there must be another reason for the proverb as well, since eating eggplant may prevent pregnancy.
The proverb says: 秋茄子は嫁に食わすな aki nasubi wa (autumn eggplant) yome ni (to the daughter-in-law) kuwasuna (don't give). 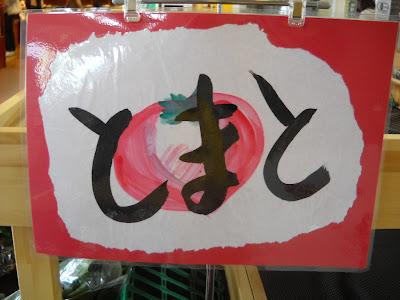 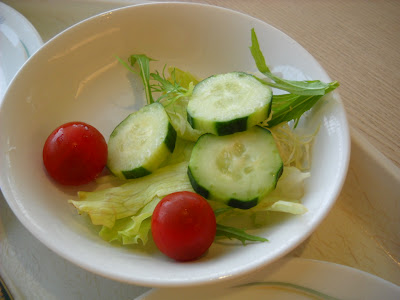 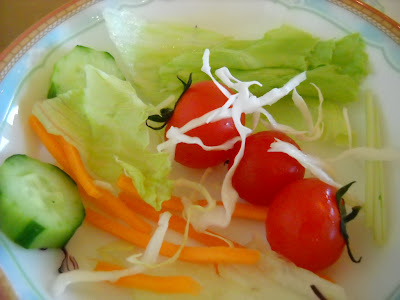 Shops are so customer-friendly: large signs, with cute drawings and the possibility to easily learn new words.
Ninjin: 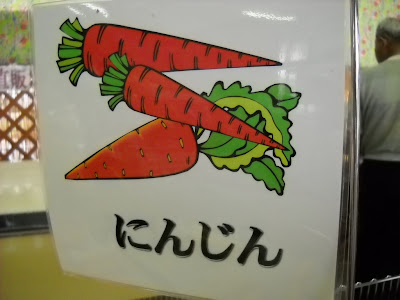 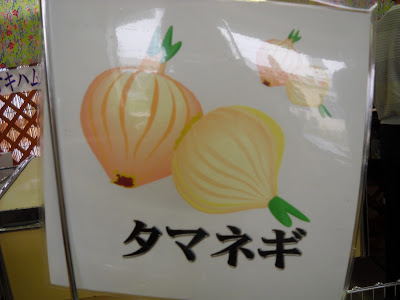 The pumpkin かぼちゃ kabocha, delicious when simmered with sugar and soy sauce 醤油 shouyu. The dish is called kabocha (no) nimono. So tasty!! 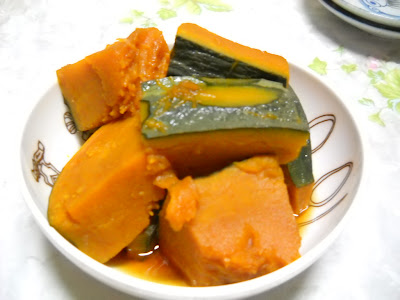 I cut summer vegetables out of paper today. It is called kirigami, as you know. I mentioned it in the post about Mount Fuji, too. 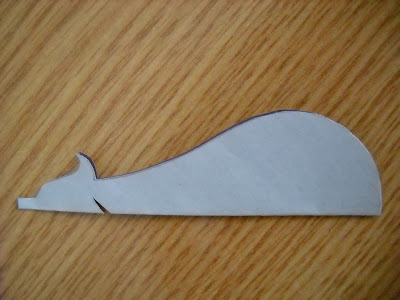 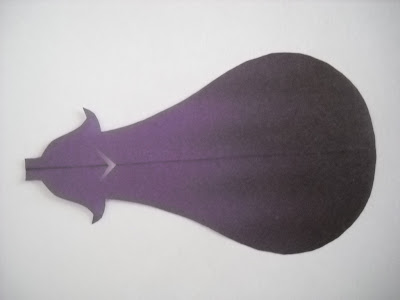 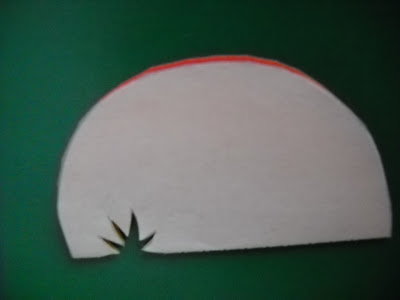 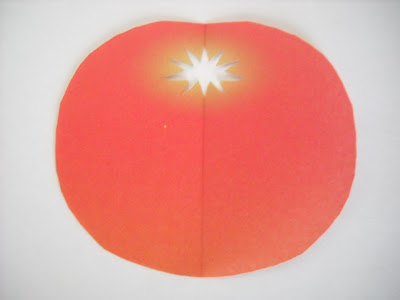 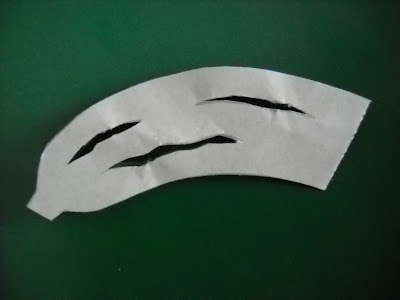 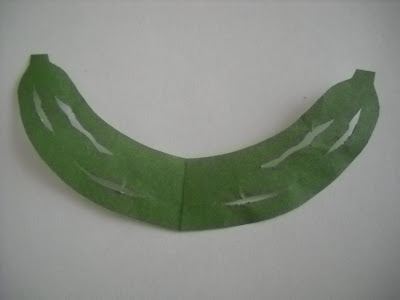 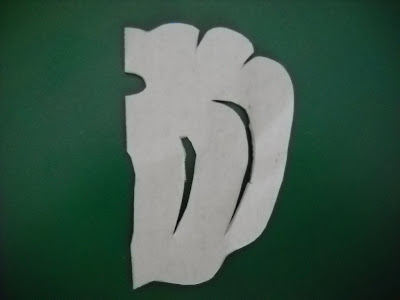 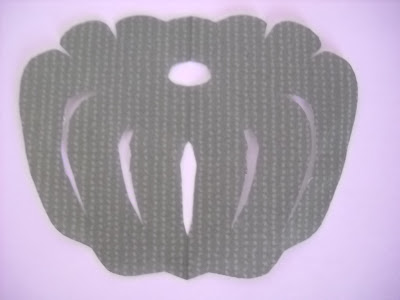 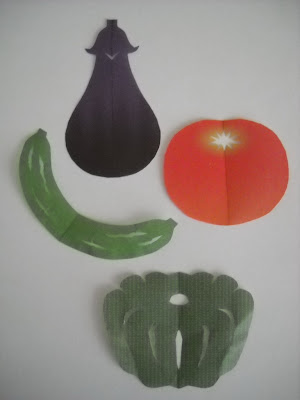 Let's visit another Japanese castle tomorrow! All the best until then!
Posted by Nadia at 8:11 AM