Okayama Castle or 岡山城 Okayama-jou is located in the city of Okayama, in Okayama-ken. It was built some 400 years ago, by Lord Hideie Ukita who governed Okayama. It is National Treasure of Japan. 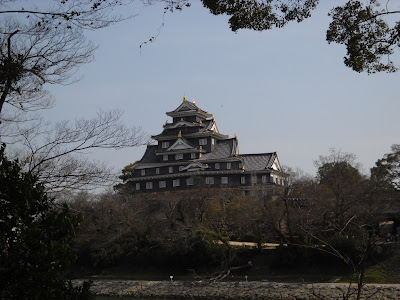 It shows the spirit of the Azuchi-Momoyama period. 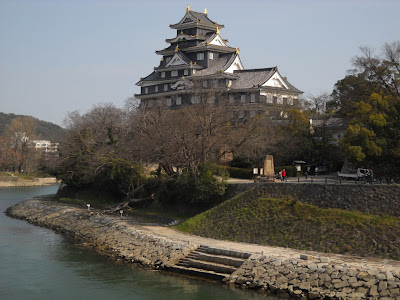 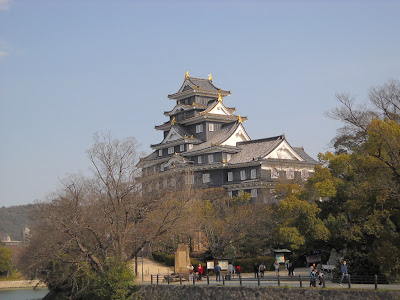 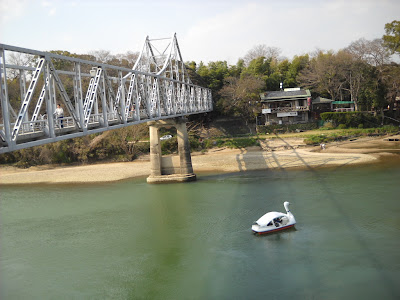 Because of its dark appearance, it is called the Crow Castle. 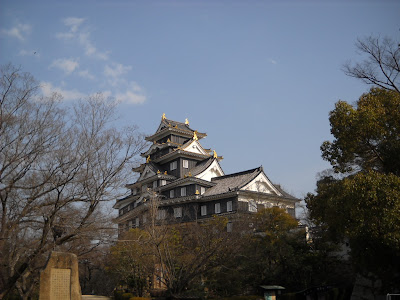 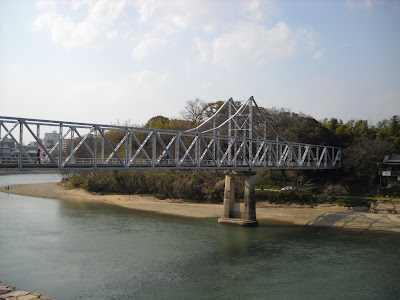 Its unique shape gives a different view from any angle. 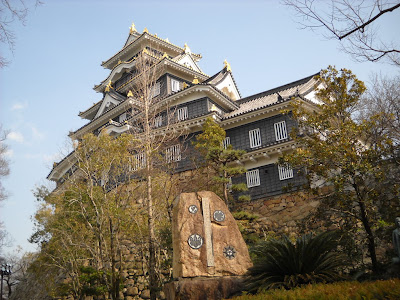 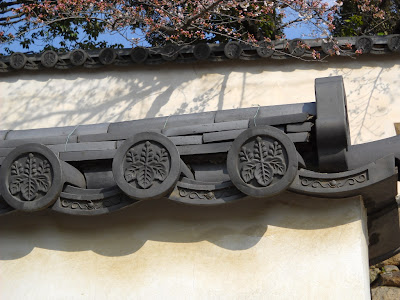 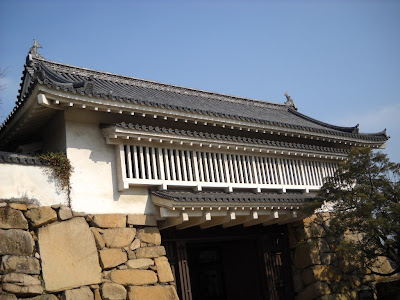 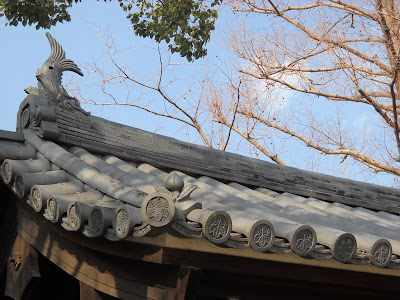 The castle was burnt down during the World War II, and reconstructed in 1966. 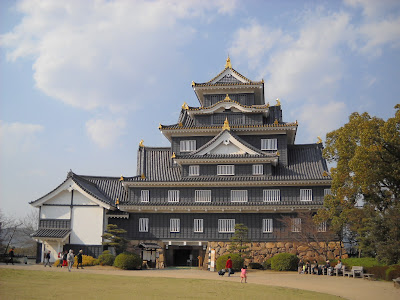 Its roof used to be covered in golden foil. 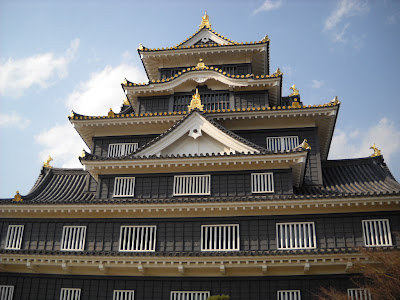 Nowadays, only the decorations having the shape of a fish, the fish-shaped gargoyles, are golden. 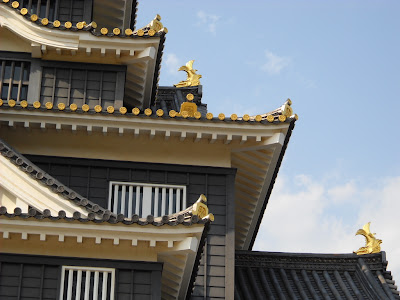 They are called shachihoko - an animal in the Japanese folklore having the body of a carp and the head of a tiger. It was considered to bring rain, so used to adorn the roofs of temples and castles in order to protect them from fires. 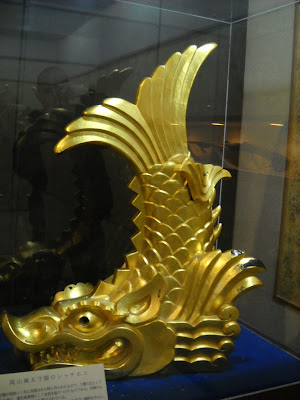 The castle has six storeys, and a museum inside. 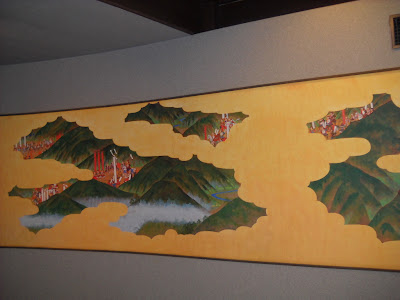 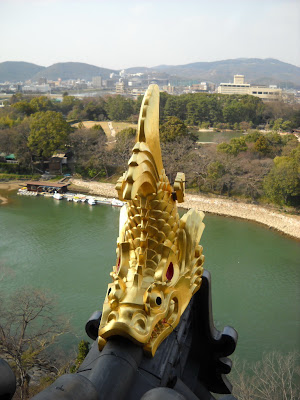 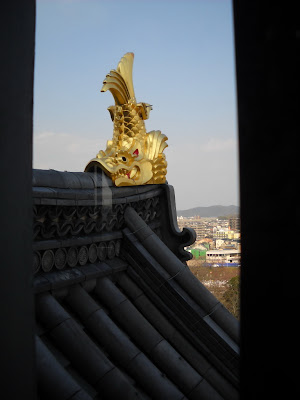 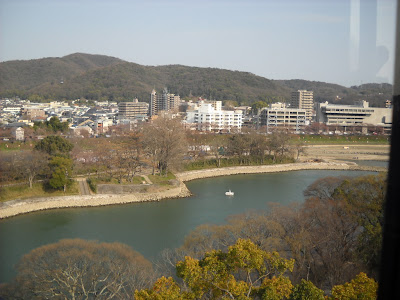 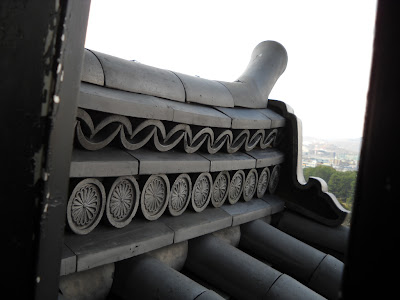 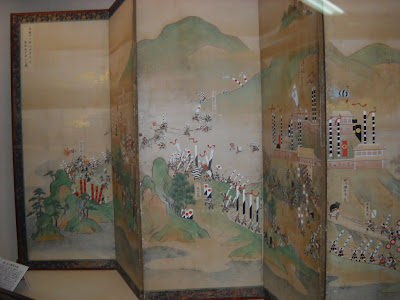 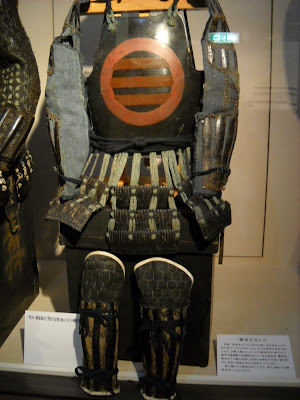 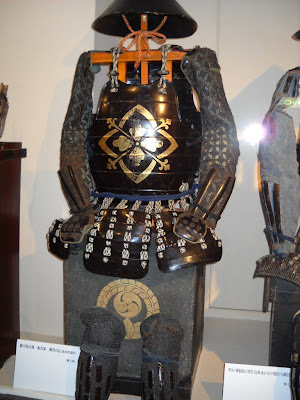 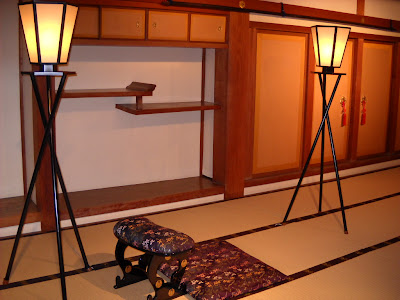 A precious kimono for children, the red-crowned crane being the symbol of the Korakuen Garden nearby. 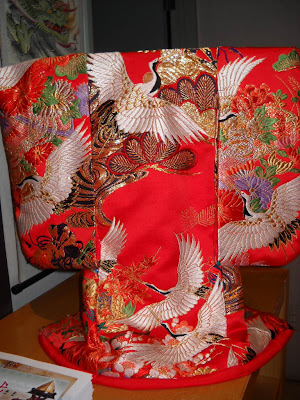