Owls In The Japanese Lore

I have already presented the owl objects and their meaning on 22 July. Since it is the most viewed post at the moment, I am uploading more owl photos today. Li-chan, I hope you will enjoy the photos.

This owl is colourless and huge, comparing with everything else I have seen in Japan. Owls tend to be tiny objects otherwise. It is a photo taken in Hokkaido. And there the Fish Owl is an important god for the native Ainu people. You can seach it with the Latin name, Ketupa blakistoni. That god is called kamuy, kotan kor kamuy - "god of the village" - and it is considered as a protector of the villages. 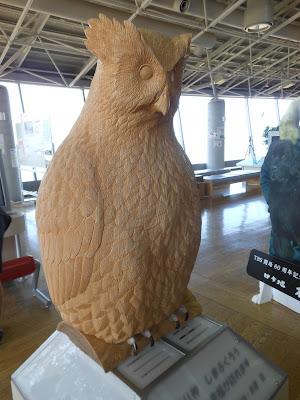 Along with the owl, one maneki-neko in the middle - the lucky/welcoming cat, and the red daruma doll. For extra luck, the three of them appear in one place. 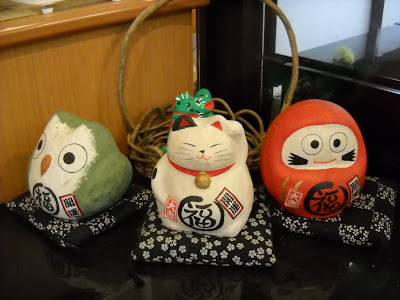 An owl and one tanuki, which is also omnipresent in Japan. Plus a tiny frog at its feet - another symbol of good luck, which I presented on 18 June. 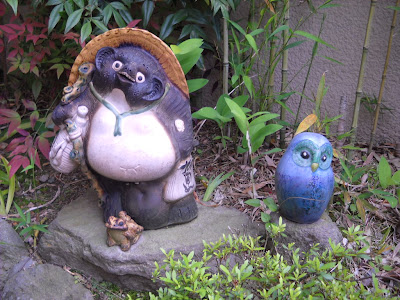 Owls are placed around the home also as a way to get rid of illness and famine. 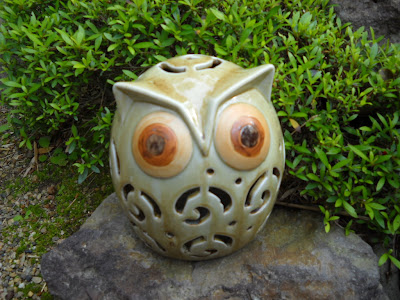 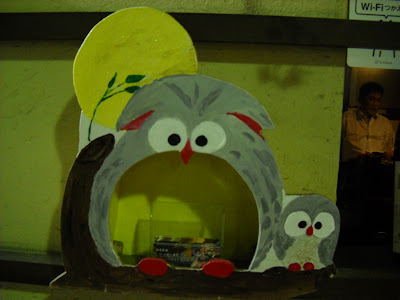 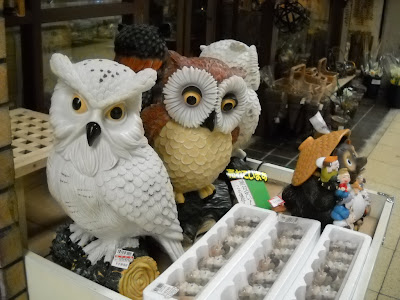 This is another colourless owl, which I noticed in Tono, Iwate Prefecture - the place of the famous book called "The Legends Of Tono": 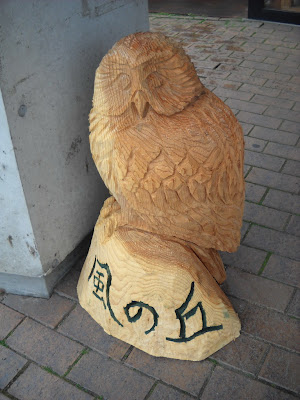 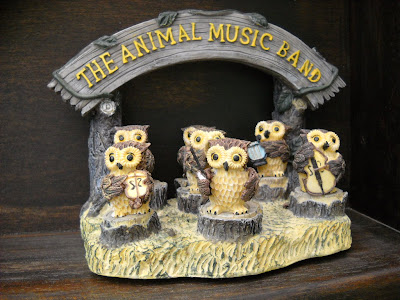 Fukurou mentioned in the previous post about owls is applied to owls without "ear" like the Ural Owl. 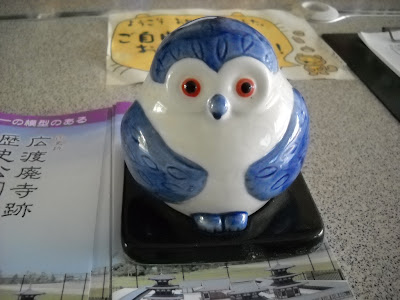 Some owls can be divine messengers, while others are viewed as demons - especially Barn or Horned Owls. It can be considered even as a bad omen, also because the young can sometimes kill the mother. Thus, ungreatful offspring are called owls. When it is considered to have the evil eye, it is represented with the eyes closed.
Posted by Nadia at 3:07 PM