The Big Four Of Tosa, Statue In Kyoto

Tosa shi tenno – The Big Four of Tosa – four samurai frozen in stone, from the right: Nakaoka Shintaro, Sakamoto Ryoma, Takechi Zuizan, Yoshimura Torataro. It is a photo taken in Kyoto.
All of them died young (26-31 years old). Sakamoto Ryouma (1836-67) of the Tosa estate, Kouchi prefecture, became a ronin in 1862, and was assassinated. Nakaoka Shintarou died in the same year, assassinated at the age of 29. Takeshi Zuizan was a low-ranking Tosa samurai, goshi. He was arrested and forced to commit seppuku. Yoshimura Torataro studied swordsmanship under Takechi Zuizan. He was killed in a battle.
You can read more about them in “Japan Encyclopedia” by Louis Frédéric. 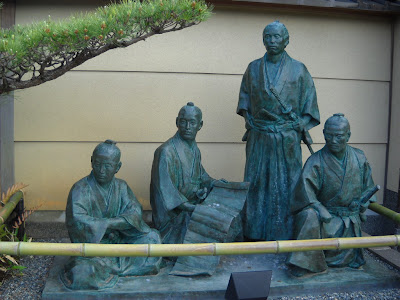 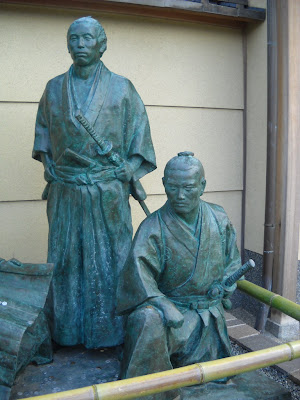 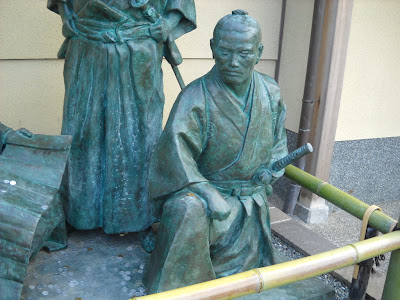 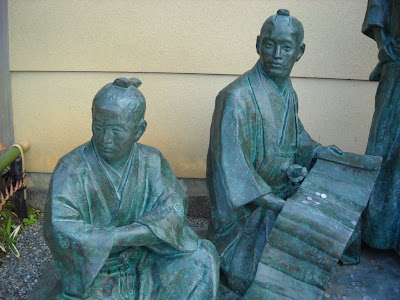 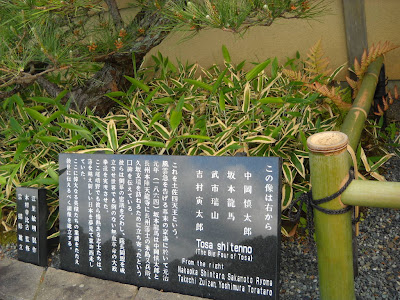 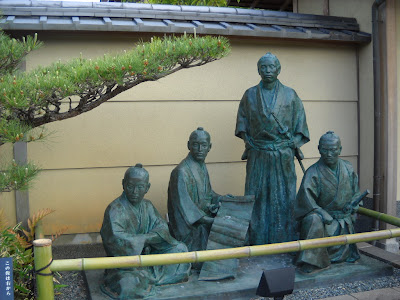