Karatsu ware is known for its simple style. It is considered one of the top styles of pottery in Japan, used in tea ceremony as well. There are many kilns in Saga Prefecture. Many items for daily use are created, too. The photos below were taken in a shop inside Karatsu Hotel, presented in a post two days ago. Lots of photos, since I love the Japanese tableware. (♥_♥) [Japanese emoticons are called kaomoji 顔文字, kao = face and moji = character] 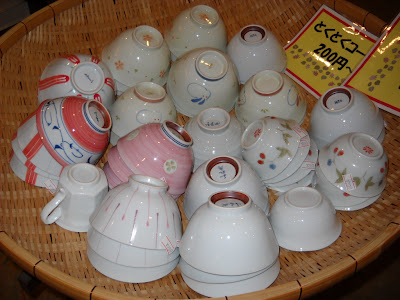 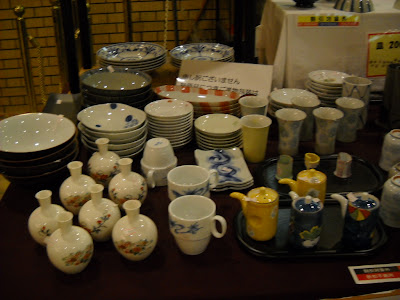 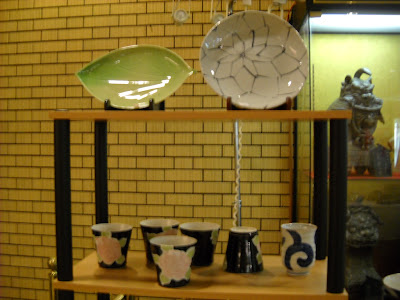 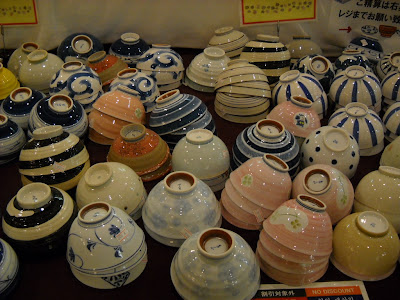 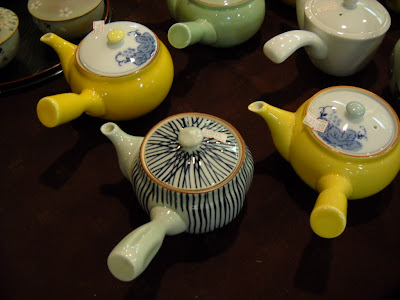 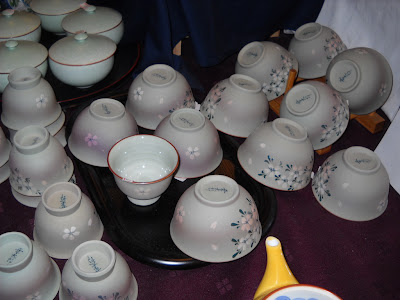 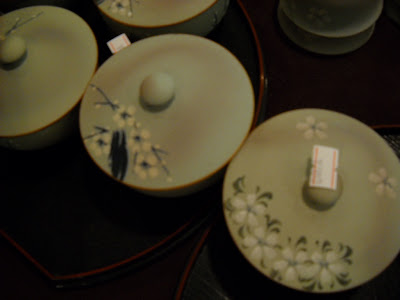 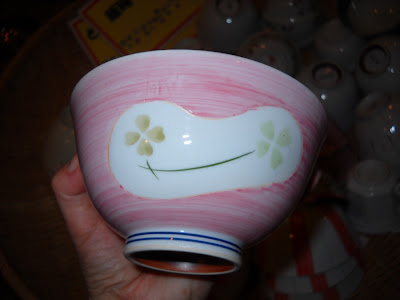 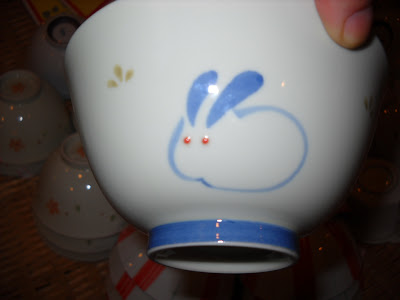 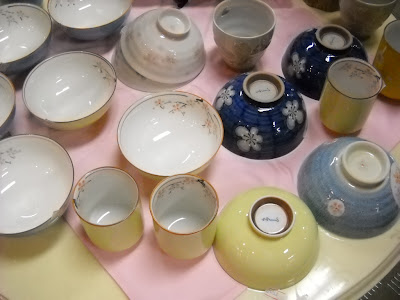 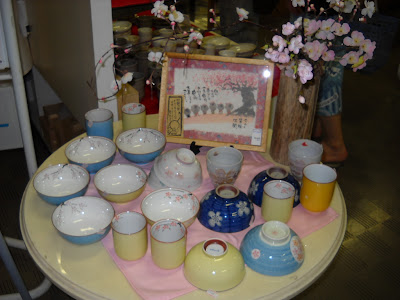 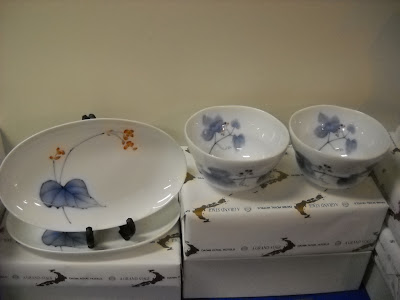 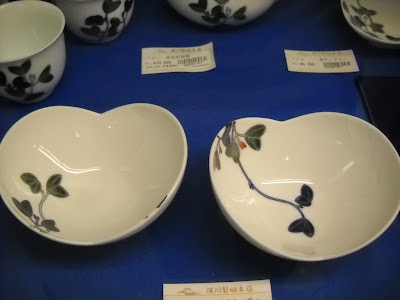 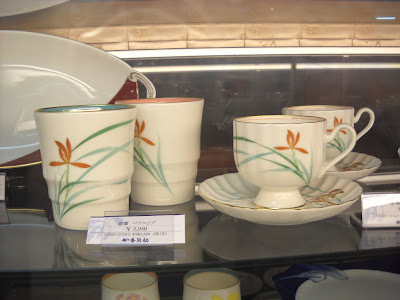 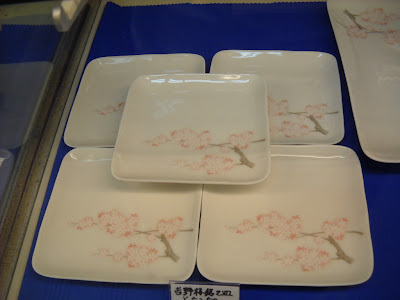 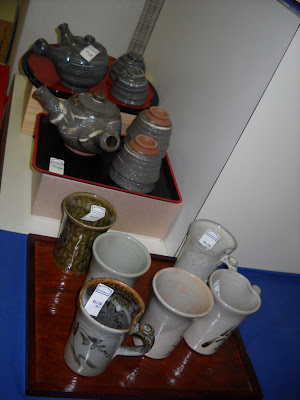 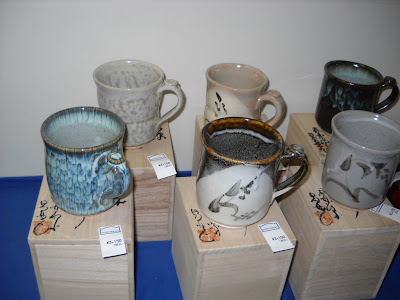 This is called hashioki, chopstick rest. It is used to keep the chopstick tips off the table. It comes in so many shapes, like the mushrooms and squid (ika) below. 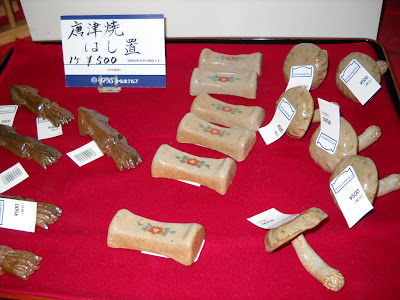 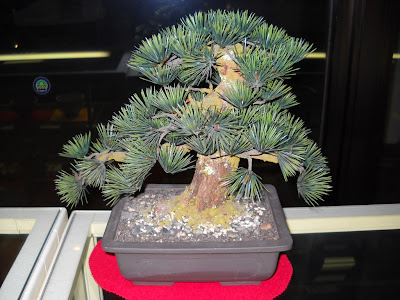 Now that is the real thing, with an iron-based underglaze, an earthy and natural look. 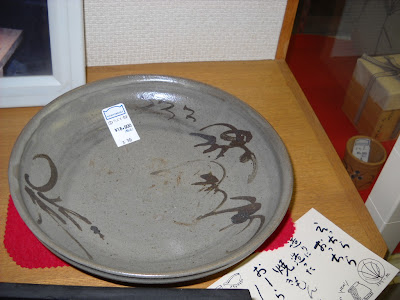 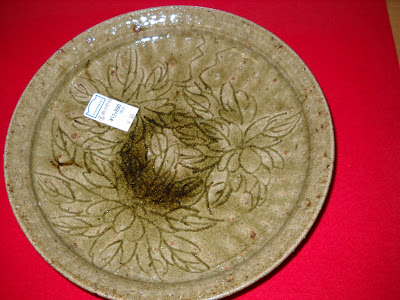 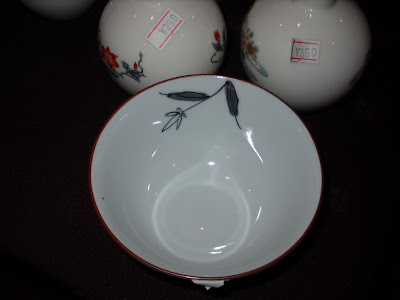 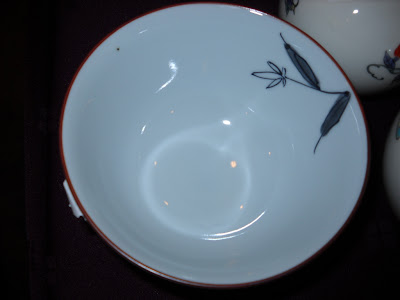 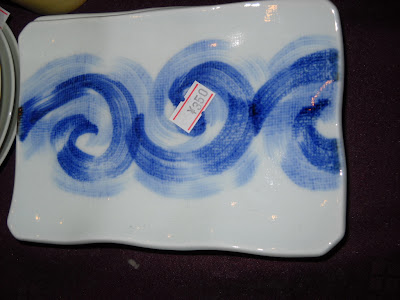 Such a delicate pattern, I bought both in pink and green. 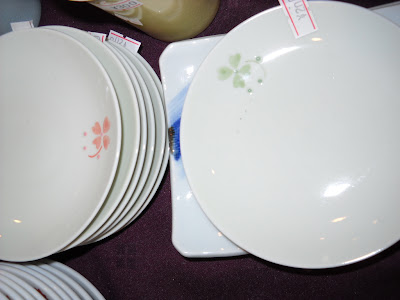 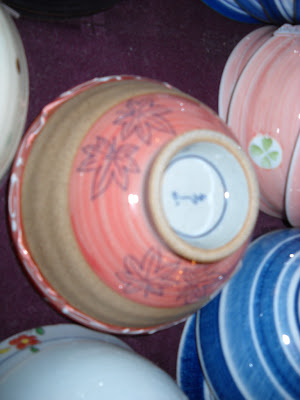 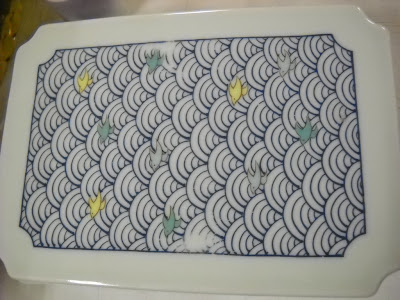 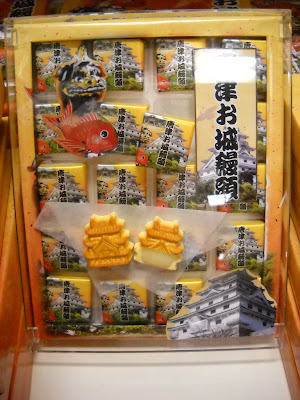