Horyu-ji or Houryuu Gakumon-ji, translated as the Temple of Flourishing Law, is located in Ikaruga, Nara Prefecture. Gaku, study, shows that this complex is both a monastery and a seminary. Horyuji is a National Treasure and inscribed as a UNESCO World Heritage Site. This temple is so old, it was commissioned by Prince Shoutoku. It dates from the beginning of the 7th century. Of course, it has been reconstructed few times. However, excavations revealed even the place of the Prince's palace. 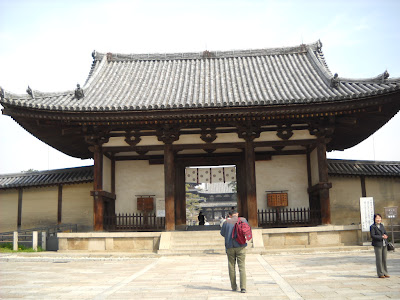 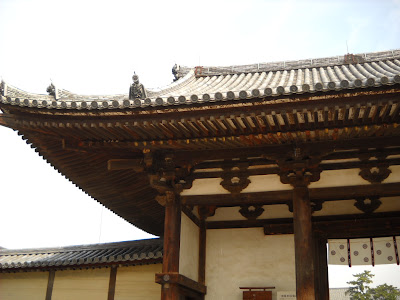 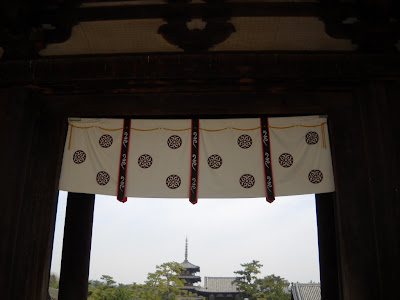 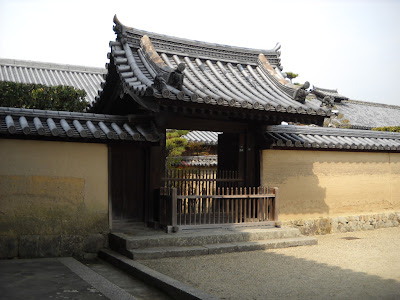 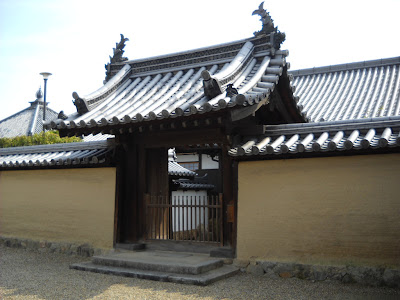 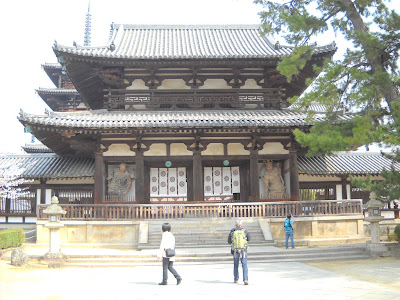 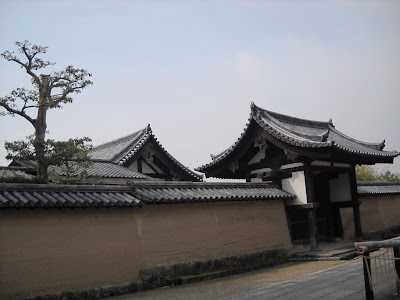 The five-storey pagoda is one of the oldest wooden buildings in the world. 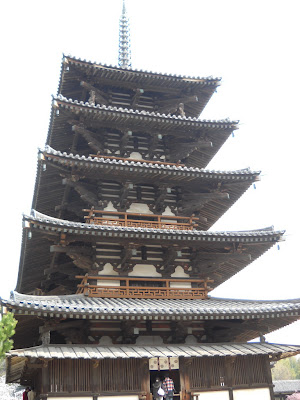 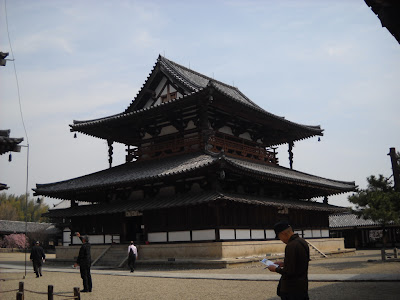 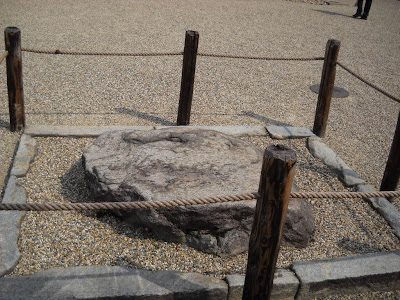 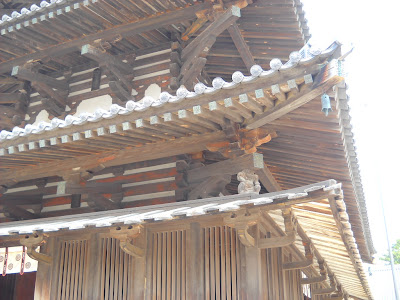 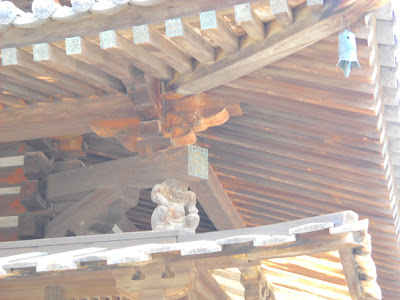 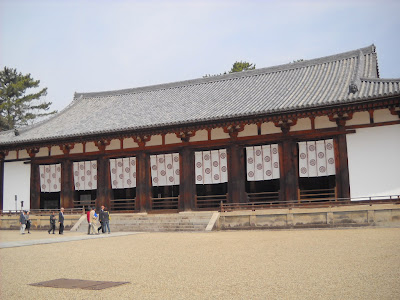 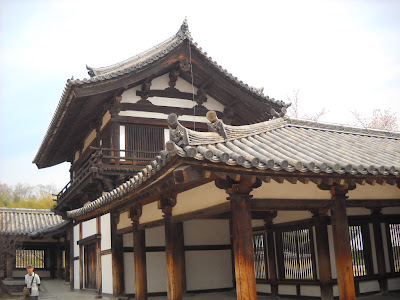 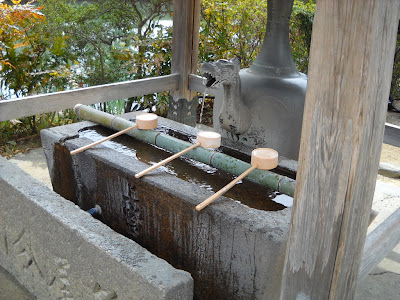 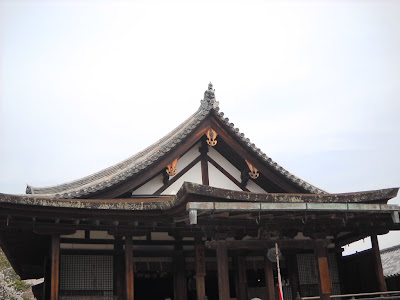 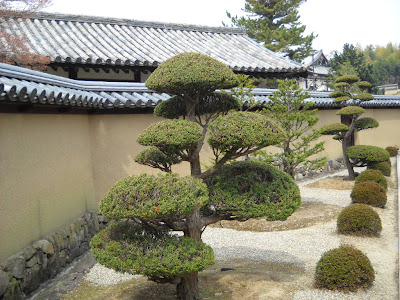 This building is called Kudarakan'nondou. 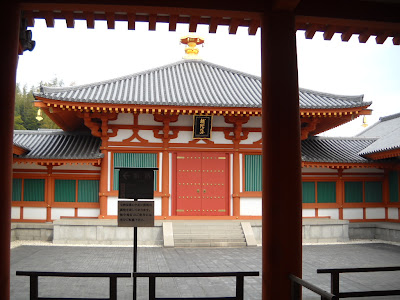 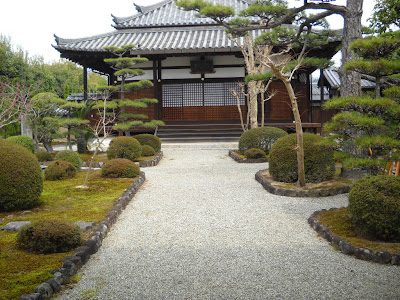 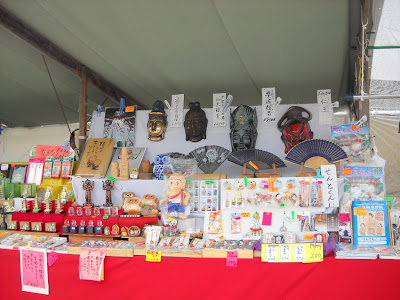 The roof decoration of Yumedono, Hall of Dreams, built on the place where Prince Shotoku's palace was once. 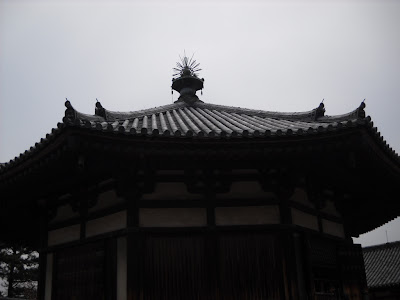 A visitor came to the temple with his doll, and was taking its photo in front of the main gate. 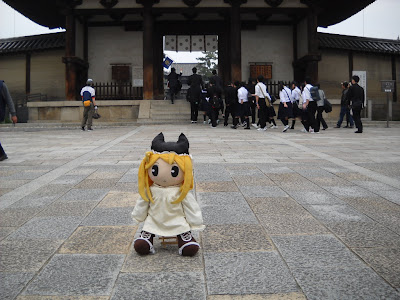 And this is an autumn haiku related to the famous temple, by Shiki:
柿食えば
鐘が鳴るなり
法隆寺
kaki kueba/kane ga naru nari/Houryuuji
Kaki or persimmon is an autumn fruit, this would be the kigo - season word.
Roughly said, "eating persimmon, while the bell sounds at Horyuji."
This is the human nature, with material and spiritual sides, eating and also listening to the sound of the temple bell. It does leave an echo in our soul, this haiku.
Posted by Nadia at 2:05 PM