Kushikatsu are Japanese deep-fried skewers, crispy outside and juicy inside. The ingredients, meat and vegetables, go through plain flour, beaten egg and breadcrumbs. Kushikatsu is popular especially in Osaka and Kansai area. 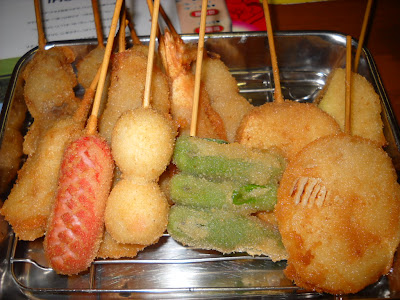 Kushikatsu is written 串かつ - you can actually see the skewer in the kanji, easy to remember: 串 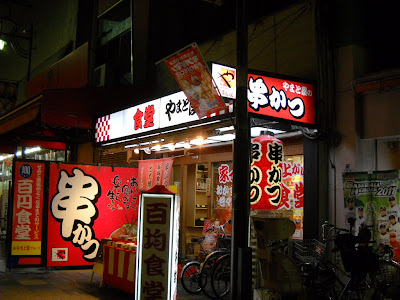 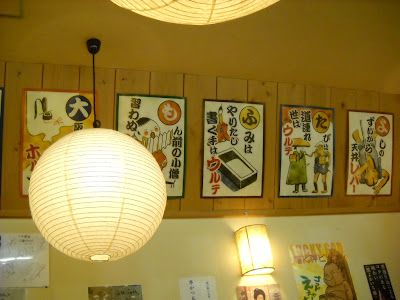 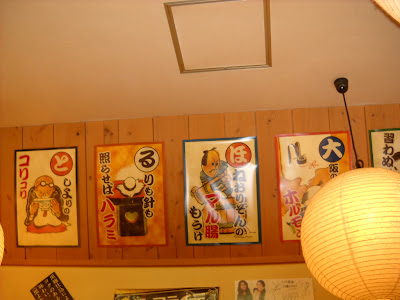 The appetizer, on a nice plate: 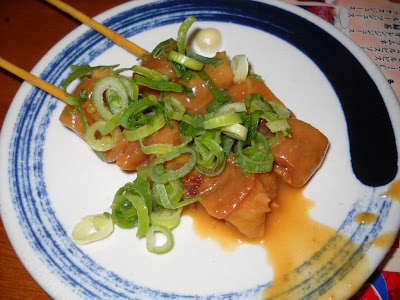 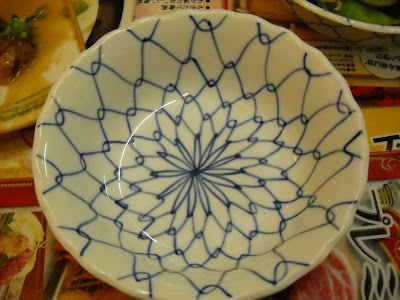 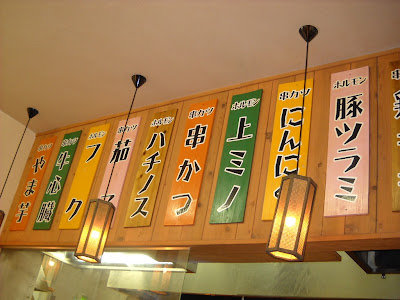 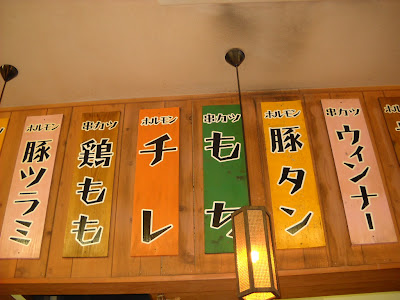 Harumi Kurihara has an excellent cooking show on NHK World (NHK is the Japanese national TV channel). It is called "Your Japanese Kitchen" and I have been watching it for more than a year, weekly. In an episode from August 2011, she presents the recipe of kushikatsu. The show is in English and very interesting. She is extraordinary, sometimes called the Martha Stewart of Japan. She wrote tens of cook books, and received international prizes in the field.
Posted by Nadia at 4:55 PM